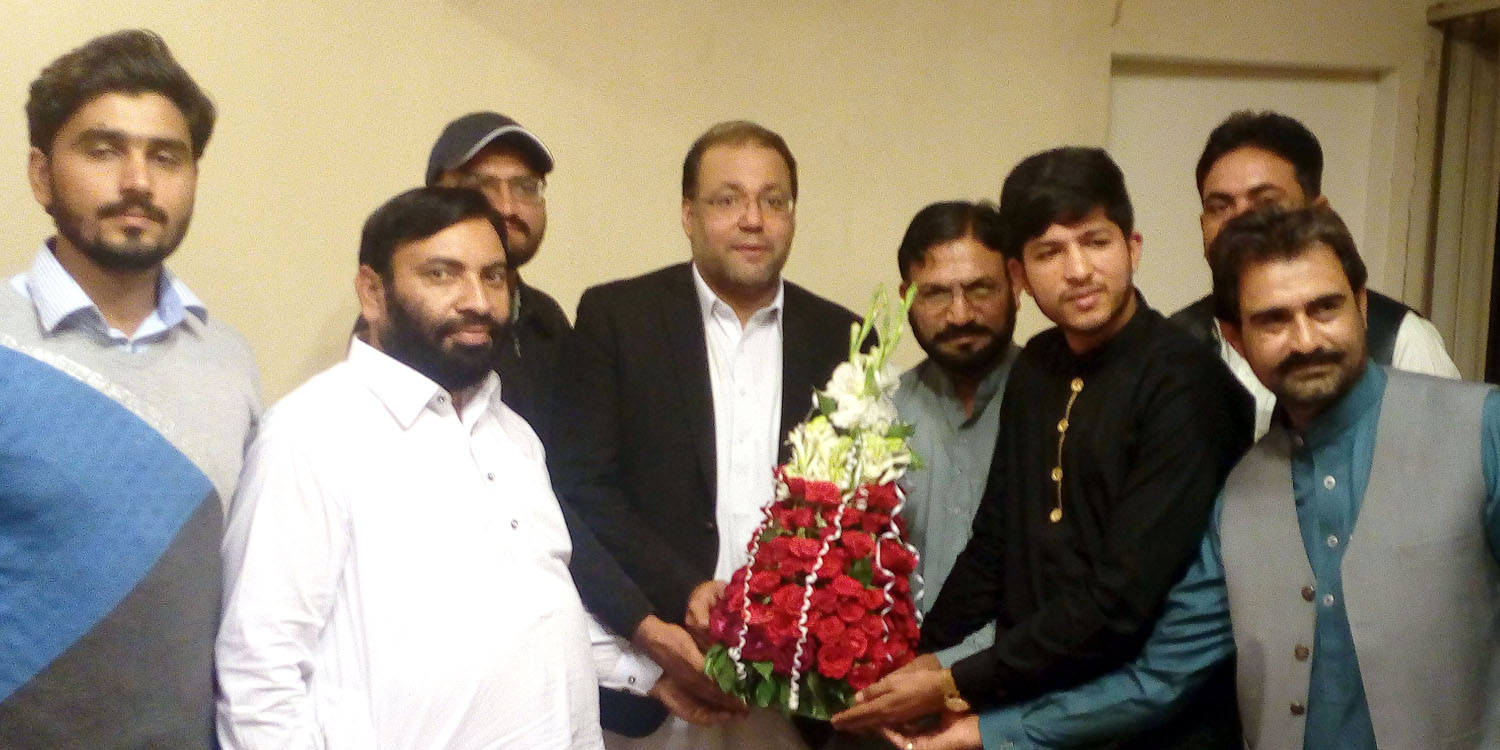 Rulers busy in protecting their own corruption, anti-labour policies have increased unemployment and poverty, talk with Labour Wing delegation

Lahore (November 08, 2017) Pakistan Muslim League (PML) central leader and President Pakistan Kabaddi Federation Ch Shafay Hussain has said that PML is real well wisher of the labourers and had undertaken ideal and revolutionary steps during its tenure whereas the present rulers have made their lives miserable.

He said this while talking to a representative delegation of PML Punjab Labour Wing headed by its General Secretary Ch Muhammad Ashraf which called on him at his residence here today (Wednesday). The delegation felicitated Ch Shafay Hussain on being elected President of Pakistan Kabaddi Federation and apprised him about reorganization of the Labour Wing.

Thanking the delegation, Ch Shafay Hussain said that PML has always undertaken practical steps for welfare and well-being of the labourers, social security hospital. Labour colonies and increase in minimum wages are practical example of this, because of its great services PML is still alive in the hearts of labourers.

Ch Shafay Hussain said that present government anti-labourers policies have increased unemployment and economic problems, rise in petroleum products prices directly hits ordinary segment, transport and daily use articles prices shoot up whereas the rulers are busy day and night in protecting their corruption, their days have been numbered.

He said that the party workers should remind the people about the PML tenure and make preparations for the elections.

He said Pakistan textile industry was providing 40 per cent employment, India is presently constructing many small dams, the government is not paying any attention in this regard. He said that the government has not established coal plants based on smog free technology as a result of which smog has increased so much. 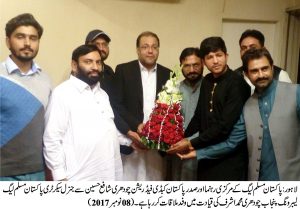