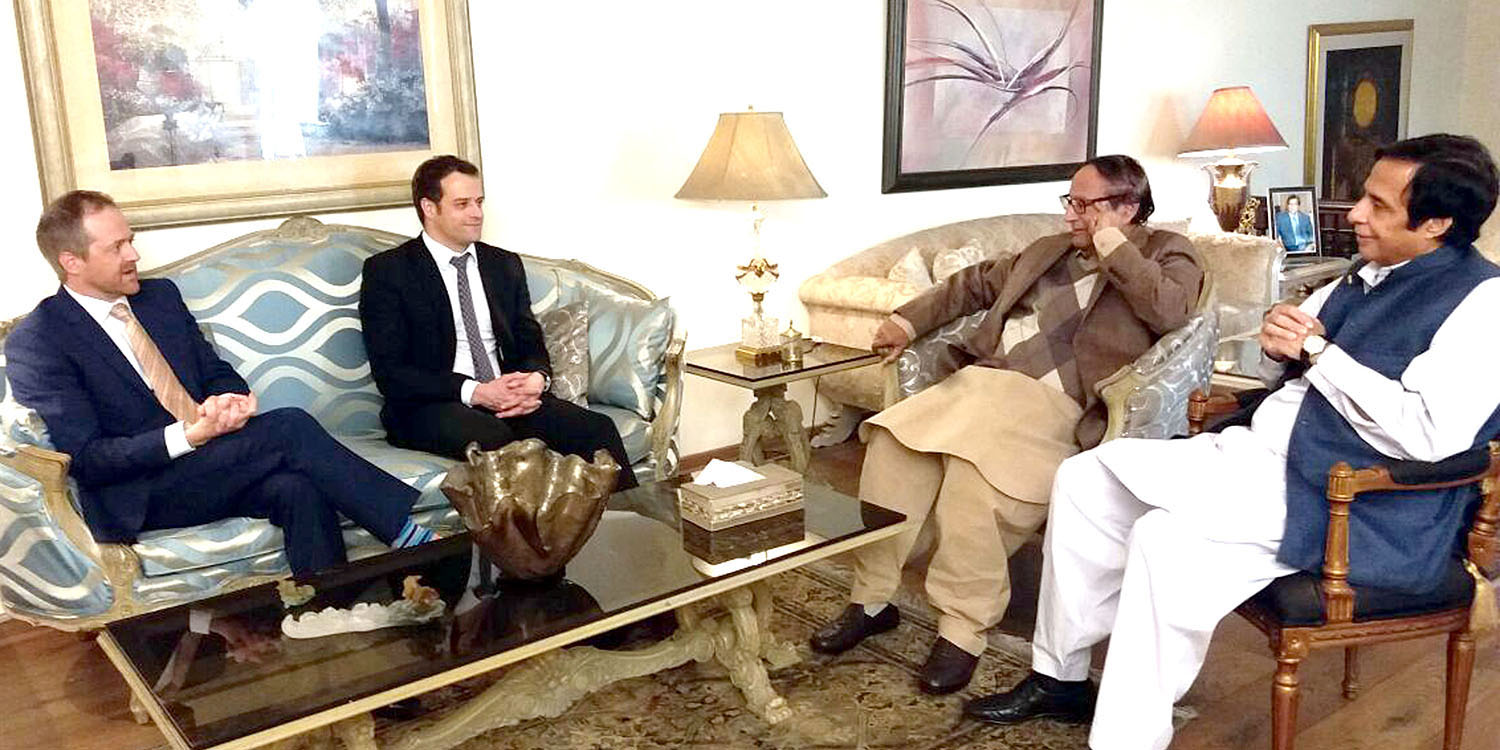 During meeting of British Political Consular Will Middleton and chief of Internal Political Section in the High Commission Stephan Hill with the PML leaders, bilateral relations of Britain and Pakistan, political situation in the region and matters of mutual interest including education and health sectors were discussed in detail.

British diplomats showed special interest in the ideal and revolutionary steps in different fields particularly in public welfare, education and health sectors undertaken during Ch Parvez Elahi government in the Punjab as a result of which the province was marching on the path of progress and prosperity. # 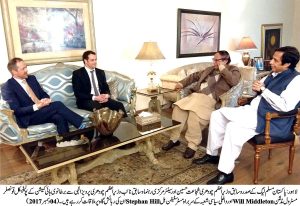