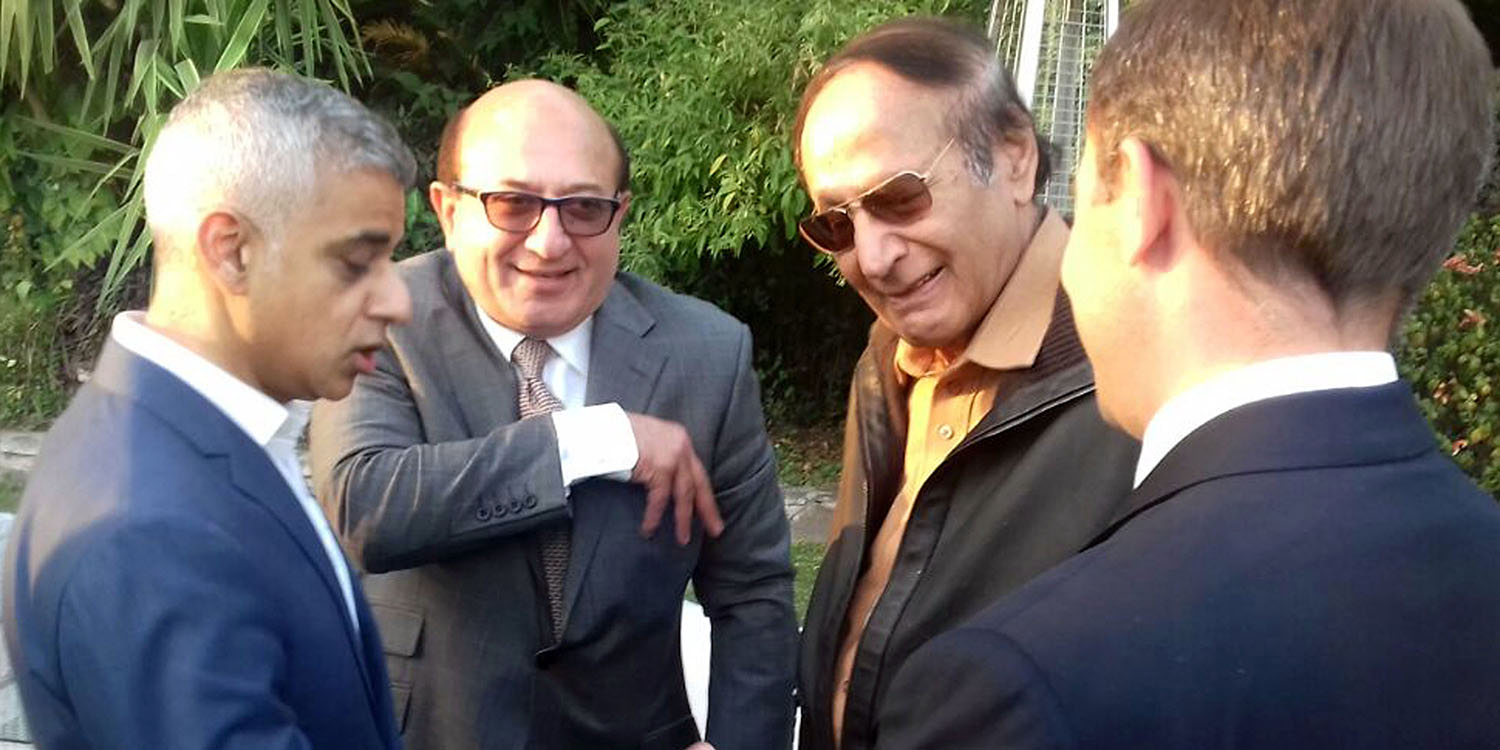 Islamabad/Lahore: 07-12-2017: Pakistan Muslim League (PML) President and former Prime Minister Chaudhry Shujat Hussain was invited by the British High Commissioner to a reception which was held in honour of Mayor London Sadiq Khan.

During the function, the British High Commissioner introduced Ch Shujat Hussain to Mayor of London Sadiq Khan who during his speech had also talked about former Britain Foreign Minister Jack Straw.

Ch Shujat Hussain during the meeting reminded Mayor of London Sadiq Khan that a number of prominent Pakistanis living in Mr. Jack Straw’s constituency hailed from Gujrat and during his visit to Pakistan, Ch Parvez Elahi who was then Punjab Assembly Speaker had organized his public meeting in Gujrat also. # 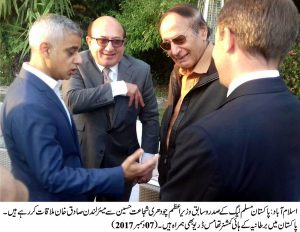