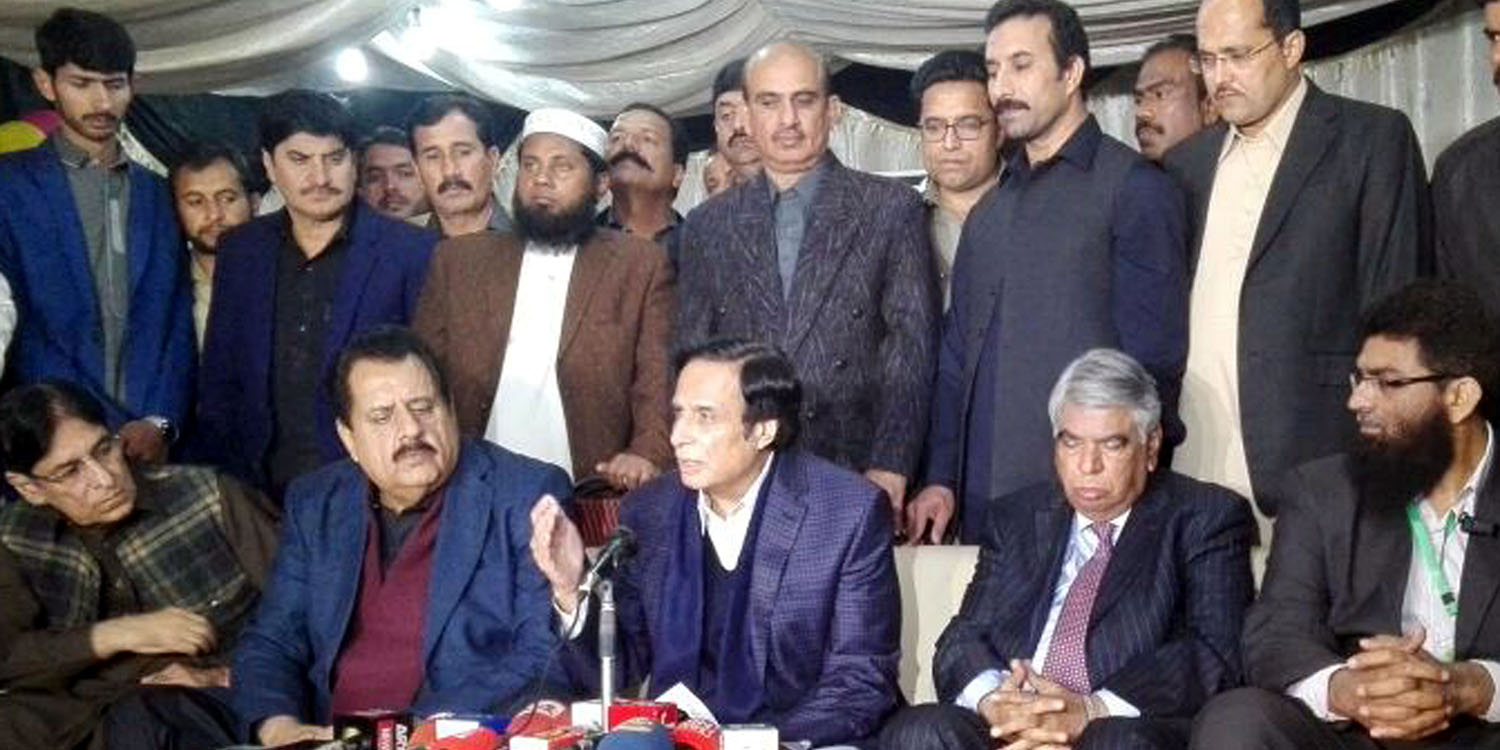 Our judiciary and national institutions are already waging jehad against corruption, how can Saudi Arabia accept Sharif brothers carrying corruption medal, being in Saudi Arabia is appearance before NAB, Shehbaz Sharif cannot escape in the blood of the innocents

Talk with media in Walima of son of Tariq Bashir Cheema

He said this while talking to the media in the Walima reception of Wali Dad Cheema, son of PML Secretary General Tariq Bashir Cheema in Bahawalpur tonight. On this occasion Dr. Khalid Ranjha, Qamar Hayat Kathia and other PML leaders and workers as well as political and social personalities were also present in large number.

About a question regarding Model Town tragedy, he said Justice Baqar Najafgi report has exposed the faces of Shehbaz Sharif and Rana Sanaullah hidden behind this tragedy, Shehbaz Sharif’s comings and goings and dramatics are all over their play is over, there is no way left for them except to resign but recent history of N-League tells whether it be the prime minister or minister according to a popular proverb be they do not go like this. He said that unanimity among the opposition for ensuring justice for the murdered persons of Model town is welcome, entire nation is standing with the oppressed, even if Shehbaz Sharif hides behind seven curtains still the blood of the martyrs will find him and to get them punished is duty of all of us, one thing is very clear in the eyes of the people that trying to change in the context of Khatm-e-Nubawwat, playing holi of blood in Model Town and corrupts must be punished, their future not only every Pakistani is seeing but also praying with both hands to get rid of them at the earliest.

On a question about South Punjab, he said that we are already in the field, even before 2013 we were the first to raise voice for South Punjab province and launched the movement whereas compare ten years of Shehbaz Sharif and our five years, we had done most of work in Southern Punjab particularly in Bahawalpur.

Tariq Bashir Cheema said that we do just talk verbally, who got unanimous resolutions passed from the Provincial Assembly and got vote in is name if there are not listened in the name of Bahawalpur province, “then I will be first to resign, they should also resign, we have no problem, our stance is clear”. #