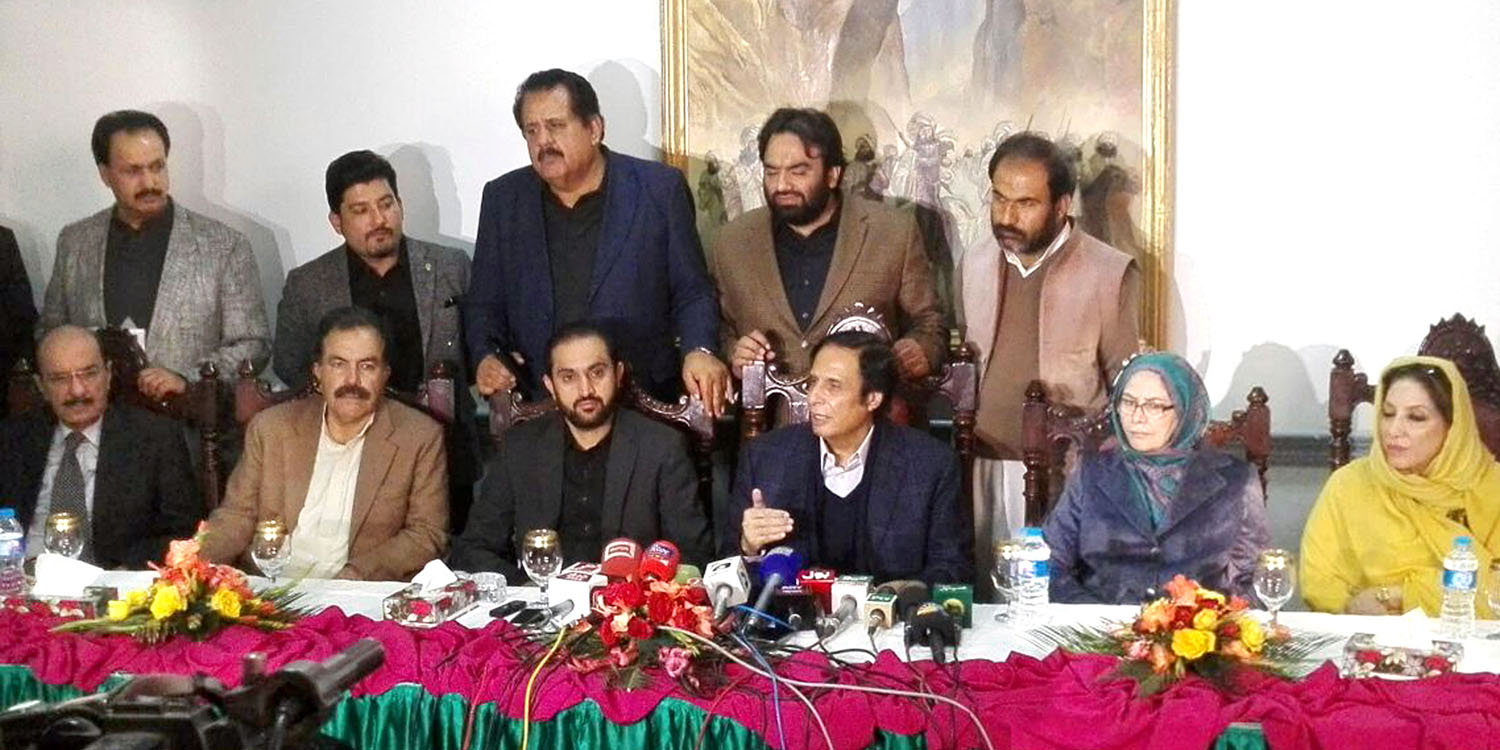 Young but determined CM in limited time also will do for Balochistan and people what has not been done earlier, next tenure is also ours, press conference

Will bring all Muslim Leaguers together under PML flag, accompanied by Tariq Bashir Cheema and Kamil Ali Agha, Chief Minister warmly welcomed and one on one meeting held

Lahore: 15-01-2018: Pakistan Muslim League (PML) senior central leader and former Deputy Prime Minister Ch Parvez Elahi while addressing a press conference along with Chief Minister Balochistan Mir Abdul Quddus Bizenjo and other party leaders in Quetta has said that election of Chief Minister Abdul Quddus Bizenjo is reflection of trust in our party, this opportunity has come with the blessings of Allah Almighty, good intentions, service, sincerity and dedication to work, we are grateful to parties and member their support, young but determined Chief Minister in limited time will do for the province and people what have not been done earlier ever will strengthen the party and activate workers in the province, Insha-Allah next tenure will also be ours we will bring together all Muslim Leaguers under the flag of Pakistan Muslim League.

Felicitating Abdul Quddus Bizenjo, Ch Parvez Elahi said that his victory in fact is the success of Pakistan Muslim League. During exchange of views political situation of Balochistan and Pakistan, Ch Parvez Elahi said that the party should be reorganized afresh and activated in Balochistan, party workers problems should be given preference, active workers will strengthen the party.

Afterwards in the press conference along with Chief Minister Abdul Quddus Bizenjo, Ch Parvez Elahi expressed the hope that the Chief Minister despite short time will do that work which previous Chief Minister could not do, he will visit far flung and small places also and will be visible at all such places where no chief minister has gone so far, Balochistan will be corruption free province, we have very deep relations with the people of Balochistan, “I am sure the Chief Minister has the capability to make everyone own and take them along, no doubt he is young but possesses very determined personality, he has the dedication and spirit to do something, entire party and our prayers are with him, we have contacts also with other parties of the province”.

Responding to the question that how those having five seats have come into power, he said this a matter of the Assembly members, to say how they have come is in fact insult of the Assembly members, we have full faith in Almighty Allah who has give us this honour, our party is active and alive in Balochistan and present government is proof of that.

Replying a question about dissolution of the assembly, he said that we believe in democracy, this tenure is ours, next Chief Minister will also be Abdul Quddus Bizenjo.

He said that protest for securing of justice for the victims of Model Town tragedy is constitutional and legal right, nobody can snatch it. On another question, he said that we have bring all Muslim Leaguers together, under one flag instead of L, M, N, Q, P and have to form one PAKISTAN MUSLIM LEAGUE. 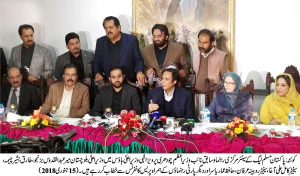 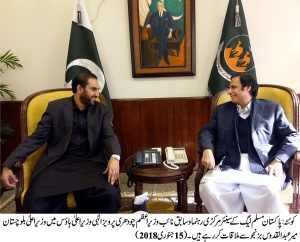