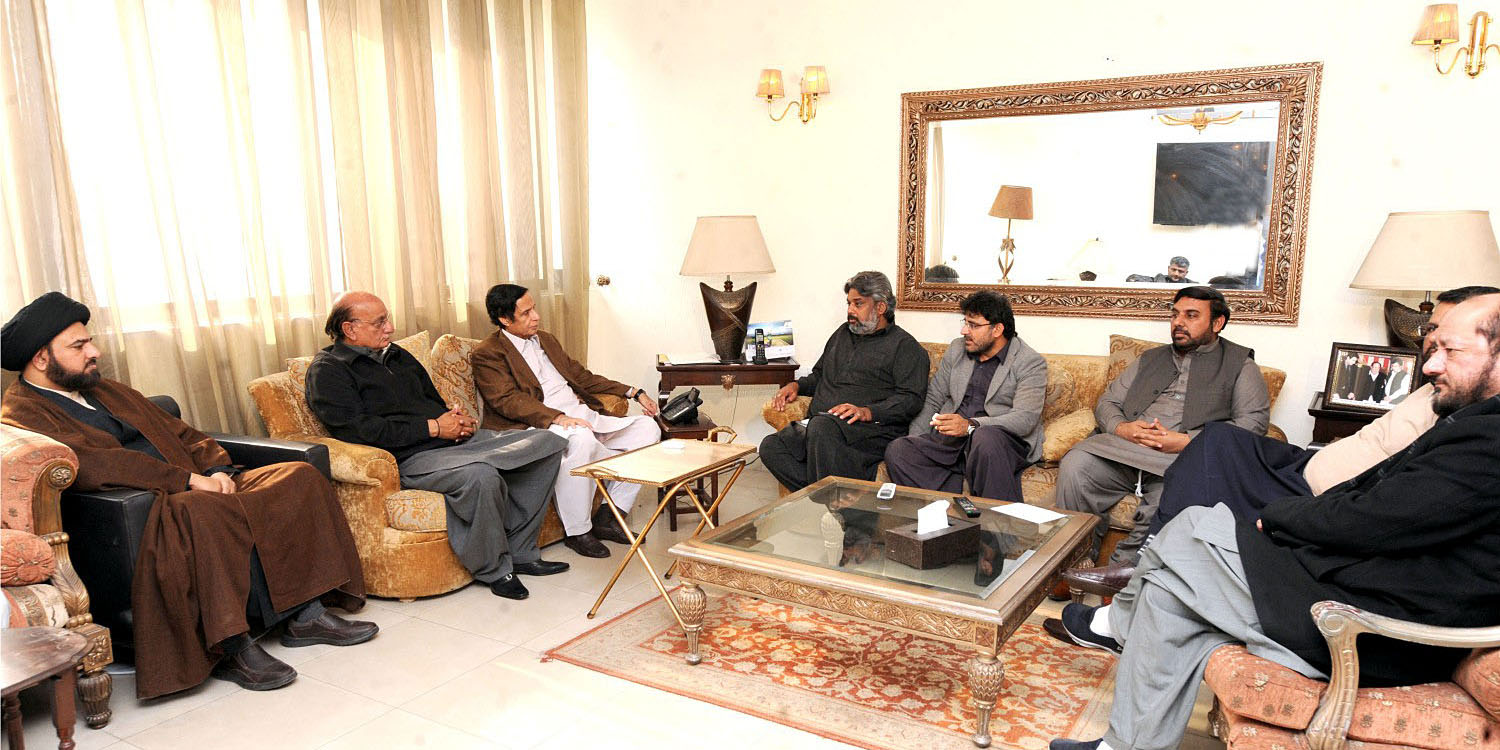 Protest will continue till Qisas of Model Town and Kasur martyrs is received: Ch Parvez Elahi

There can be no law and order in province till Shehbaz Sharif is there, he will have to account for massacre

Lahore: 18-01-2018: Pakistan Muslim League (PML) senior central leader and former Deputy Prime Minister Ch Parvez Elahi has said that Nawaz Sharif is in the grip of Almighty Allah, there can be no law and order in the province till Shehbaz Sharif government is there, all parties have their manifestoes but all parties are united for justice on Model Town tragedy, Shehbaz Sharif will have to account for massacre in Model Town.

Ch Parvez Elahi further said that the Punjab government will not be allowed to play with life and property of the people, presently law and order situation in Punjab is very worst.

During the meeting efforts of combined opposition were appreciated and it was agreed that the protest will continue till Qisas of blood of martyrs of Model Town tragedy and Kasur is received. #