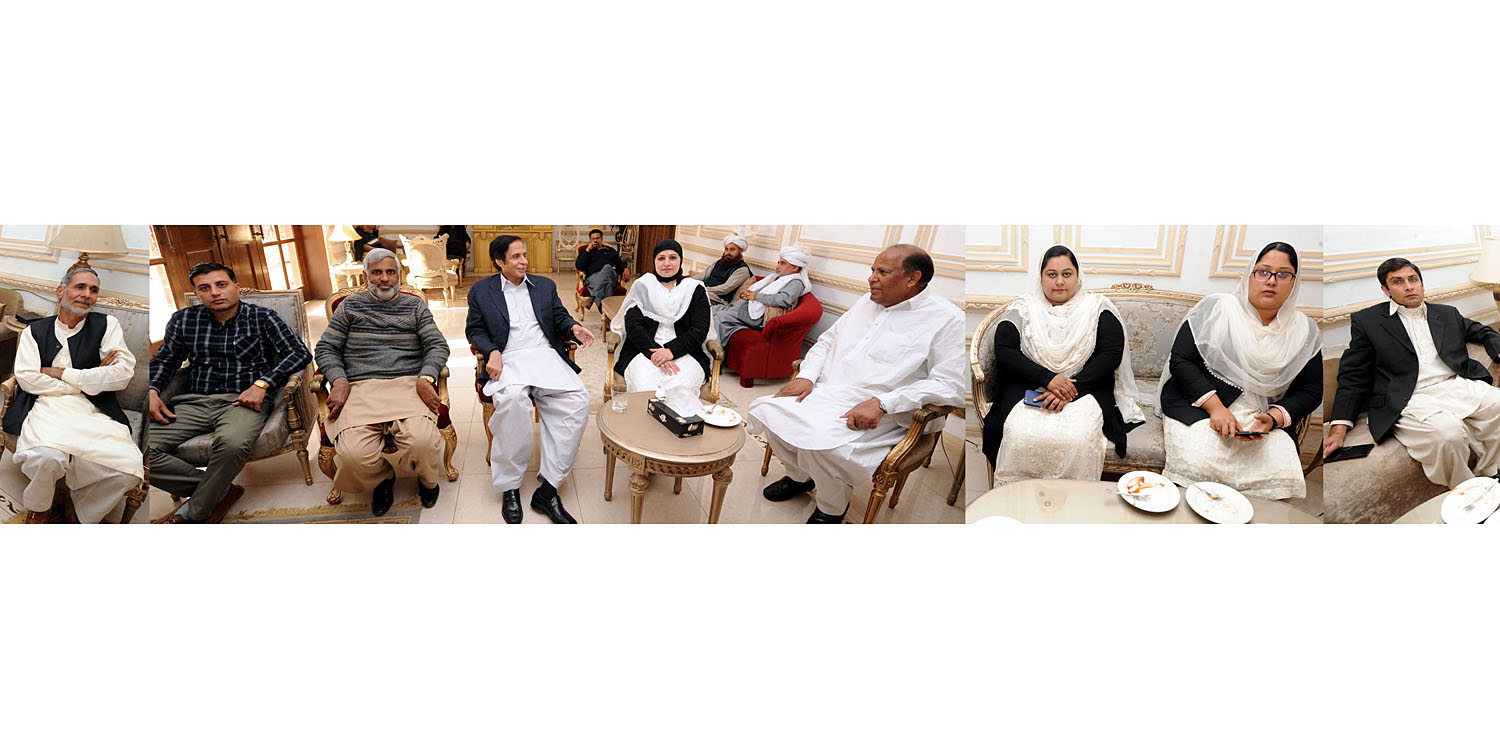 Those blocking way of justice will have to go, delegation headed Sheikhupura bar President Ghulam Murtaza Virk and secretary Rehana Ghumman call on

Lahore: 21-01-2018: Pakistan Muslim League (PML) senior central leader and former Deputy Prime Minister Ch Parvez Elahi has said that the Supreme Court should also make those ordering and staging fake police encounters in Punjab, struggle of lawyers community for supremacy of the Constitution and law and getting justice for the oppressed is bright chapter of our history, those blocking the way of justice will have to have to go now.

Lawyers praised measures taking during the government of Ch Parvez Elahi in the Punjab for welfare and well-being of people belonging to all fields of life particularly of lawyers and quick provision of justice and curbing of crime including establishment of Punjab Criminal Prosecution for ensuring effective punishments to the criminals whereas Punjab Public Defender Service was also started so that resource less people could be provided free legal aid.

Ch Parvez Elahi said that Shehbaz Sharif had scrapped all his good work or tried to do that including facility of free treatment and operation in the government hospitals for lawyers. Ch Parvez Elahi also mentioned other steps taken for lawyers community during his tenure including regular annual funds provision to the tehsil bar level, construction of Judicial Complexes in all districts, residential colonies for the lawyers ad their appointments in all government departments as Legal Advisors. #