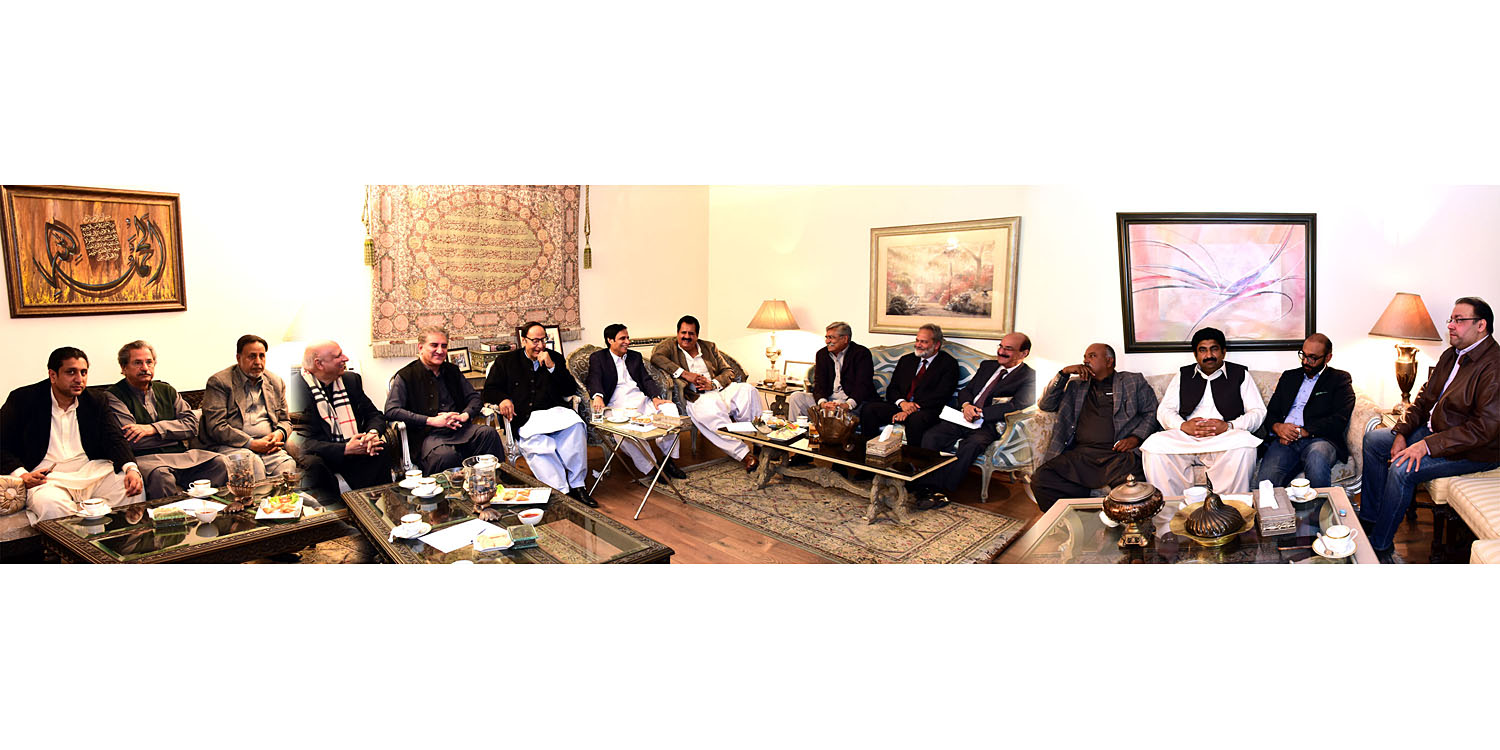 All know Ch Shujat Hussain and Parvez Elahi family ideal political wisdom, tolerance, balanced lifestyle and immense peoples’ services, during their government they did not take action against enemies as well, press conference

Lahore: 04-02-2018: A delegation headed by PTI Vice-Chairman Shah Mahmud Qureshi called on Pakistan Muslim League (PML) President and former Prime Minister Ch Shujat Hussain and senior central leader and former Deputy Prime Minister Ch Parvez Elahi at their residence here today (Sunday) during which for victory of Senator Kamil Ali Agha and Ch Sarwar in the Senate election from Punjab an 8 members committee, four each from both parties, was constituted and it was also decided to move in future also with consultation and decided to evolve political strategy through mutual consultation.

Afterwards talking to media Ch Parvez Elahi said that Insha-Allah for the Senate PML candidate Senator Kamil Agha and PTI’s Ch Sarwar both will be successful.

Expressing gratitude to PTI leaders, he said that we will jointly contest this election for which strategy will be evolved.

On a question, he said that Jamaat-i-Islami is supporting our candidate, on another question he said that judiciary and the army both are respectable institutions and their prestige should be taken off.

Shah Mahmud Qureshi said that who does not know ideal and brighter political traditions, sagacity, tolerance and balanced living of the family of Ch Shujat Hussain and Ch Parvez Elahi, myself and Ch Parvez Elahi have done politics together, during his government in Punjab he had undertaken immense works for the welfare and well-being of without any discrimination and did not done political victimization against anyone and behaved well even with his enemies who had posed problems for him.

He expressed the hope that both the parties through best and joint political strategy can secure better results on Punjab, we will continue consultation in future on other matters as well and evolve better strategy through mutual consultation.

Praising PML leaders’ political sagacity, he said that they and we have better understanding of politics of Punjab. #