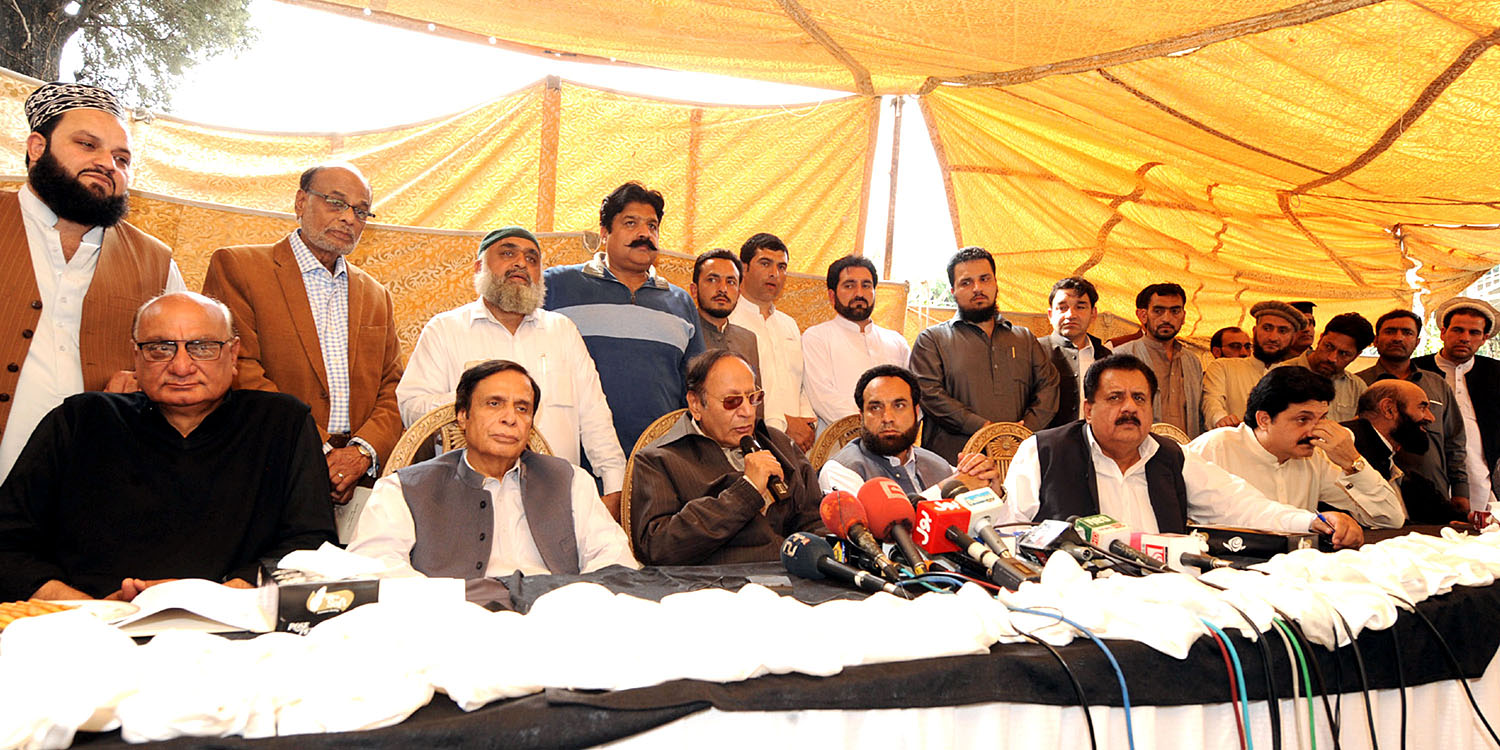 Politics of clash with institutions on in national interest, Ch Shujat Hussain

He was speaking on the occasion of former MNA from Kohistan Mehboobullah Jan along with his colleagues joining Pakistan Muslim League and talking to media in Islamabad today (Tuesday).

He nominated Mehboobullah Jan as PML Khyber Pakhtoonkhwah President and expressed the hope that he will play his role in activating the party in the province at all levels.

Ch Shujat Hussain further said that only our party is registered as Pakistan Muslim League with Election Commission of Pakistan which says its own talk, we do not believe in politics of hurling abuses or clash with institutions.

Ch Shujat Hussain further said that Pakistan foreign policy has failed, in Saudi Arabia US President did meet Afghan President but held no meeting with Prime Minister of Pakistan because of which country was insulted, if I was in place of Nawaz Sharif I would have returned.

Ch Shujat Hussain in his address condemned the step of Nawaz Sharif and colleague ministers that Pak Army is offering sacrifices in the war against internal and external enemies of the country and running a campaign under well-conceived plan to tarnish the image of the army, Nirendra Modi is committing massacre of Muslim women, children and youth in occupied Kashmir and admitting breaking of Pakistan in 1971, committing interference in Balochistan but Nawaz Sharif has bothered to say a single word against even till today, he has never mentioned name of Kulbhushan, in the United Nations on his speech Nirendra Modi had said that this speech was not of Nawaz Sharif but of someone else, even on this Nawaz Sharif had not given shut up call to Nirendra Modi and instead of strengthening this stance of Modi concocted such a baseless story against the army and leaked it which strengthened Indian stance against the army, Nawaz Sharif says that whenever he becomes the prime minister someone playing Dugduggi against him surfaces, it is not known towards whom he is hinting but this time this dugduggi has been played by Panama Leaks, opposition had only put its bell around his neck which is ringing.

Ch Shujat Hussain further said that that Shehbaz Sharif is saying that if one allegation of corruption against him is proved he will quit politics but the way billions of rupees commission has been eaten in fake power plants, jangla bus and orange line projects corruption is a very small word for it, jangla bus has been made on double cost as compared to other countries, orange line was being constructed during our tenure on procuring loan at 0.25 per cent mark up and now being made on loan at 3.25 per cent mark up, this additional money is going in whose pocket, even after Supreme Court verdict with which face Nawaz Sharif claims that his hands are clean. He said that Pakistan is passing through the process of change presently, Pakistan Muslim League is examining it from every point of view and whatever circumstance there would be in future also, your leadership ad party is fully prepared to play its role. # 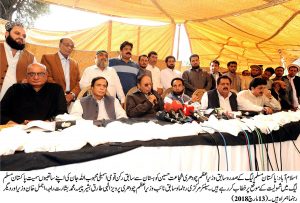