Chief Minister Balochistan will be the chief guest

Chief Minister Balochistan Mir Abdul Quddus Bizenjo will be the chief guest at the function who has reached Lahore Monday evening.

Prominent politicians, intellectuals, journalists, anchors and those personalities hailing from different walks of life will participate in the book launching ceremony which is scheduled to be held at the Avari Hotel at 11 a.m. and the guests have been invited on behalf of Ch Parvez Elahi. # 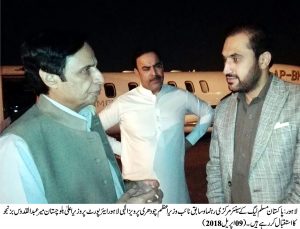