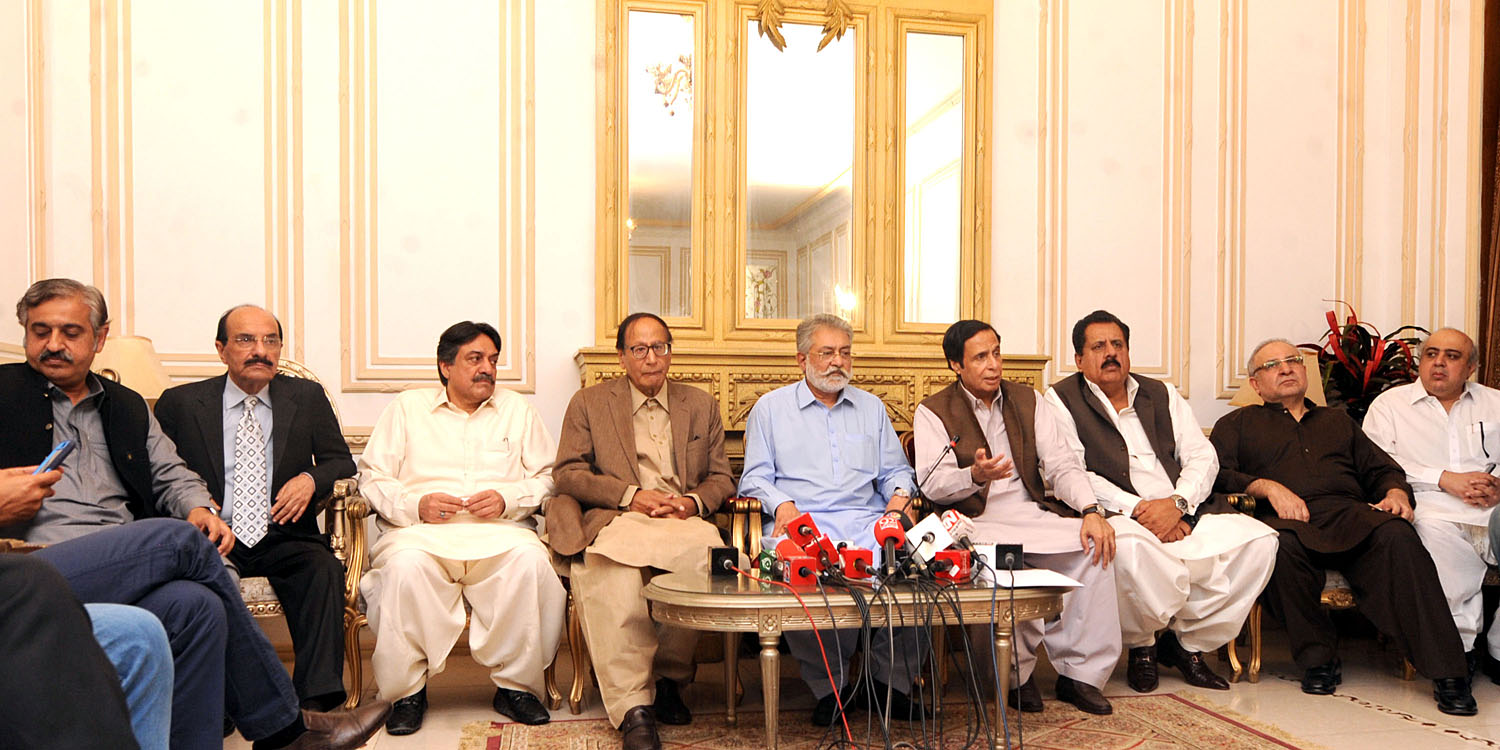 Those possessing Pakistani thinking will contest election on one symbol & platform

Today is historical day, this alliance will be visible in four provinces, invite all patriotic parties and personalities to join, only such leadership should come to the fore which produced result of national progress and peoples welfare in the past, disqualified leaders have destroyed the country and economy, Muslim Leaguer leaders

Pak Army guarantee of national security, respect of judiciary essential, old relationship with Chaudhry Sahibaans, unite all, I have no desire for leadership, Pir Sibghatullah

Lahore: 11-04-2018: Those possessing Pakistani thinking will contest election on one symbol and platform.

He said that that we invited all patriotic parties and personalities to join this alliance, no party has ended terrorism rather this is the result of great sacrifices of the Pak Army, respect of judiciary is essential, today is a historical day, now the alliance will be seen in four provinces.

Talking to media, Pir Sahib Pagara said that I have come here to meet Ch Shujat Hussain and Ch Parvez Elahi, we all have to be united on one platform, 2013 caretaker government had spoiled election on which we were first to lodge protest, if such people come again then 2018 election will also not be fair and transparent, then it was their decision that in Punjab Nawaz Sharif and Shehbaz Sharif should restricted to the limits of Lahore and Zardari to Sindh, in Sindh our 17 seats were given to the Peoples Party, now country cannot afford such circumstances, I have no desire for leadership, for uniting all parties will ask Chaudhry Sahib to start work, for the betterment of the country take all along, no party has eliminated terrorism, this is the work of the army, army is guarantee of national security and solidarity, politicians support criminals. He said I have brought Sindh alliance with me, Chaudhry Sahibaan should establish contact all parties.

Ch Shujat Hussain said relations between our and Pir Sahib families are very old, I have mentioned elder Pir Sahib in my book also, during arrest of Ch Zahoor Elahi we used to take guidance from him daily, instances of his courage have also been mentioned.

Ch Parvez Elahi said that for security, solidarity, stability and strengthening of national institutions all political parties are being brought together, party hatching conspiracies against armed forces of Pakistan and judiciary is in power for last 25 years, the army has offered great sacrifices, judiciary must be respected, Grand Democratic Alliance has been created at the federal level, for this next election will be contested on one platform and one symbol, this alliance will be symbol of national unity, solidarity and security, people should also vote for them, such leadership should come to the fore which earlier have done work and given result of national progress and peoples welfare, disqualified people have destroyed the country and economy, whereas newcomers say will work on coming.

He said that we are inviting all parties to gather under one flag, end of the party which was obstruction in the way of bring all Muslim Leaguers on one platform is near.

In reply to a question, he said there is no contact with N-League, work is being done for bringing together those having Muslim Leaguer and Pakistani mind on one platform, we will invite all parties including PTI to come along. # 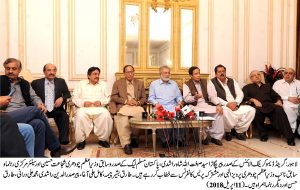