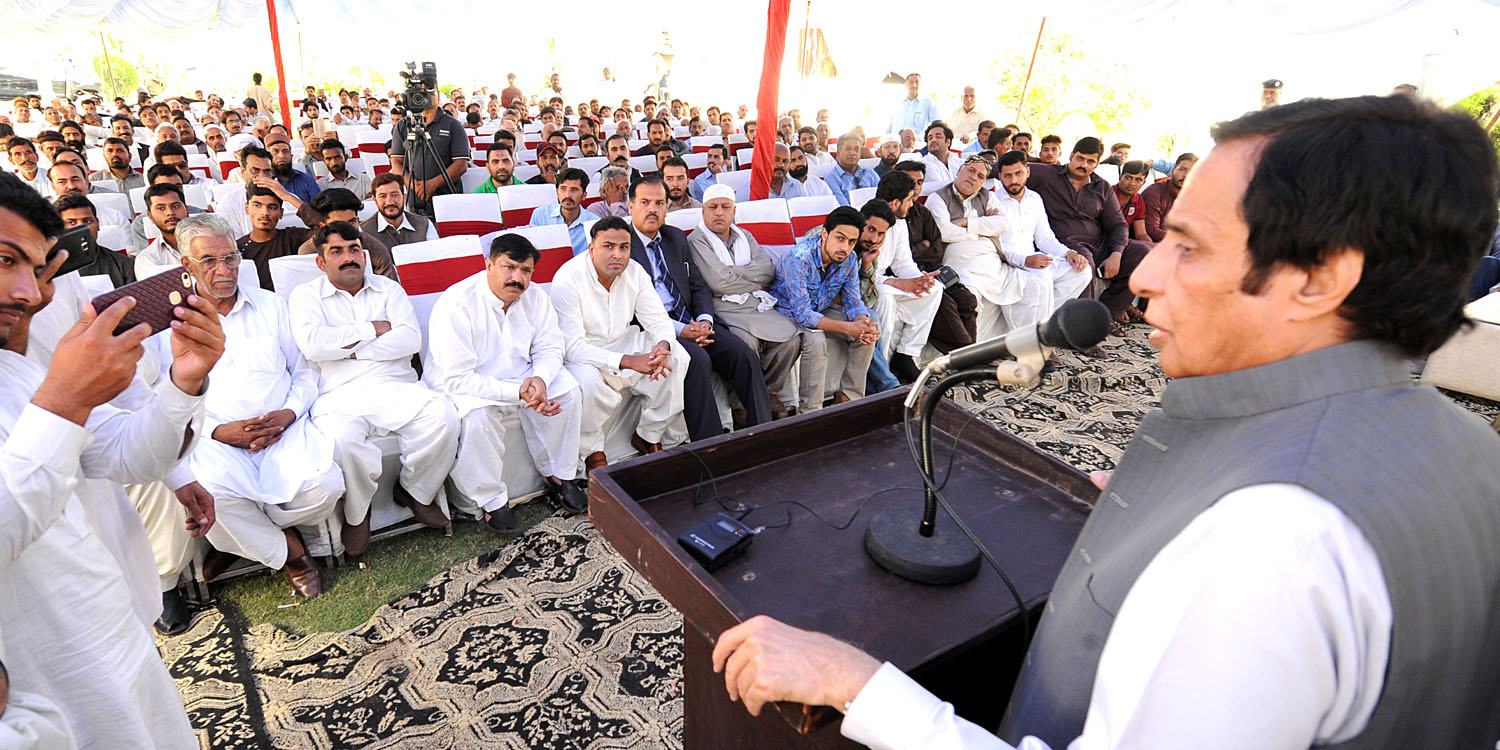 Sharif family is habitual of speaking against judiciary and army, have destroyed every institution, concentrated fully on acts of vengeance

With wheat crop N-Leaguer thug are ready to loot the farmers, during10- years people repeatedly remembered our tenure, address to workers

He said this while addressing workers convention in Gujrat today (Saturday) which was largely participated by youth, labour, local bodies and traders’ representatives.

He said that Sharif family is habitual of speaking against the judiciary and the army, during last 10 years they have done nothing except acts of vengeance, have destroyed every institution, wheat crop is about to come and N-Leaguers thugs are also ready for looting the farmers, with the prayers of the people they are now nearing their end, because of them entire Punjab repeatedly remembered our five years tenure.

He said we know every vein of them, N-Leaguers Assembly members cannot speak against them, they have not made Wazirabad Cardiology Hospital functional because of my name plaque was there while the Chief Justice and Imran Khan during their visits also called for making it functional, for pretty large number of deaths because hospital was not functional Shehbaz Sharif is responsible, during our five years tenure we did numerous peoples welfare works including 1122, free education and health whereas only few persons have benefitted from Shehbaz Sharif’s orange train and jangla bus service, Shehbaz Sharif is in great pain that Pervez Elahi is determined to provide facilities to the common and poor man while in every scheme and project he has embezzled funds, if we got the opportunity again then Punjab in real sense will show becoming big brother of the country, there will be water in our dry rivers.

Ch Parvez Elahi further said that Nawaz Sharif is saying how a man supported by seven members has become Chief Minister of Balochistan, he should know that I had become Chairman Zillah Council Gujrat with one vote, Nawaz Sharif has fought the Pak Army five times and the judiciary three times, both father and daughter even now are daily attacking judiciary and army, we are not having any deal with these proud and vengeful people, the day all these are gone betterment of the country will start, these are last days of “nahoosat” of Sharifs.

He said that during our tenure Punjab was a surplus province, Shehbaz Sharif has put it under heavy debt, remained was completed by Ishaq Dar and besides destroying economy has pushed Pakistan to the brink of precipice and default, wheat crop is ready in Punjab whereas go-downs are already full with previous crop, N-League has destroyed all institutions be these Railways or PIA, Shehbaz Sharif has crated Qabza Groups at every place, by posting junior officers in place of the seniors has also disheartened bureaucracy.

He said if the head of a party is disqualified then future this party has, you all know this very well. 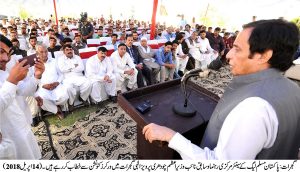