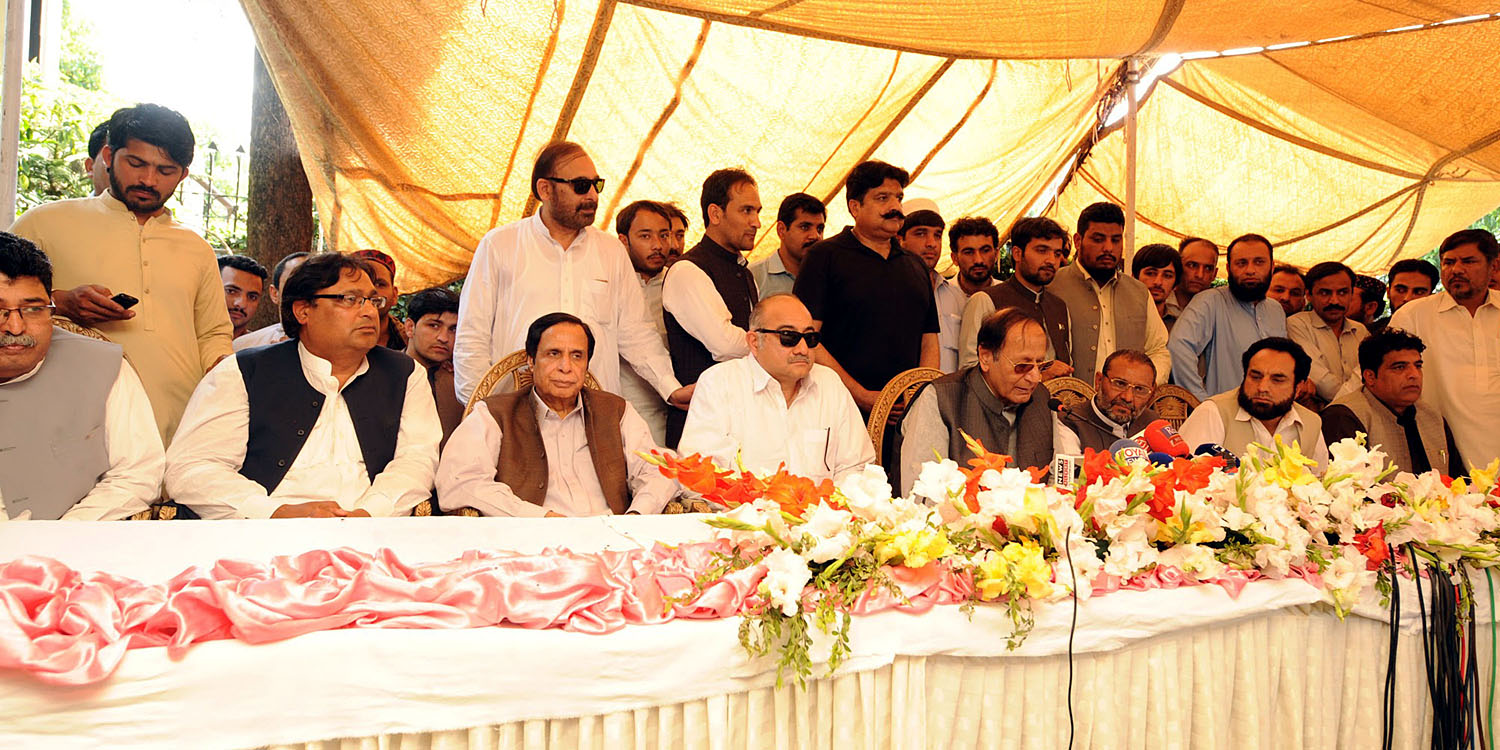 Working with good intention, N-League and other parties’ members should also come, everyone will be given respect, electoral alliance will see on time

Whatever did for common and poor man in five years, N-League may count even one such work in its 23 years, talk with media

Lahore/Islamabad: 17-04-2018: Pakistan Tehrik-e-Insaaf (PTI) MPA and Parliamentary Secretary Khyber Pukhtoonkhwah (KPK) Assembly from Peshawar Javed Nasim has along with his thousands of colleagues and voters has quit PTI and joined Pakistan Muslim League.

Welcoming him into the party fold, Pakistan Muslim League (PML) President and former Prime Minister Ch Shujat Hussain and senior central leader and former Deputy Prime Minister Ch Parvez Elahi said that we have made a platform of Muslim League, all parties including N-League members are invited to join it we have worked with good intention, are will working and will continue working, doors of our house and Muslim League have been opened for all, newcomers will also be given respect and honour, Pakistan Muslim League is a party which works and delivers, during our five years tenure in Punjab works we did for the common and poor man, N-League may show even one work this nature during 23 years of its rule.

Talking to media, Ch Shujat Hussain further said that whatever I say that has been written in the book and have written all truth, whatever has been written about anyone no one has said that it has been wrongly written, I wrote all things honesty and truly according to my faith and Imaan, people say we are opening the doors, we have opened our house, are working and will continue working with good intention.

He said that Javed Nasim has quit party which is in power, some people came from Peshawar yesterday and said that without consulting them do not make anyone president and secretary. He said when NRO was made then Pervez Musharraf had told him, I read the written NRO only in which three thousand people were pardoned and I asked the President to drop our five year period and let our accountability be held, if anyone of our man has done anything then they will appear before the courts, thanks to Almighty Allah no allegation was proved against us.

He said that by dropping Tehrik-e-Insaaf wicket we have not done any enmity He said in the election political alliance will be seen on time.

Ch Parvez Elahi said that we have made a platform of Muslim League and have invited N-League and other parties also to come on it, in 2011 we had raised the voice for south Punjab province.

On a question, he described Leghari Brothers as his children and said now these children have grown up, during our tenure I had turned the development budget towards South Punjab used to visit South Punjab every week as the Chief Minister. He said that for a meeting with Nawaz Sharif a “chalti phirti” personality had come but do not take it seriously.

He said N-League people are propagating against the judiciary, they have been escaping even after attacked the courts, Shehbaz Sharif was announcing on the speaker for offering “qeemey waley naan” I was then Speaker Punjab Assembly.

Ch Parvez Elahi further said that our relationship with those coming from Peshawar will always remain, now PML has the best team in KPK, result will come within a matter of few days, people have come into politics for money but we have come for honour and serving the people, Nawaz Sharif himself had expelled us from the party, people have now realized that they have got no honour to give and this is why people are deserting them, our slogan was common and poor man, people leave on their own and when ministers left then told him that the power is not permanent, we have learnt a great deal in ten years.

MPA Javed Nasim said that he has noticed PML is sincere with the State and now he will contest election from this party, he had taken his colleagues, voters and supporters prior to quitting and Insha-Allah he will continue his mission in his constituency like previously as a messiah. # 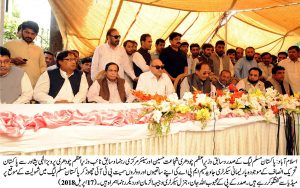