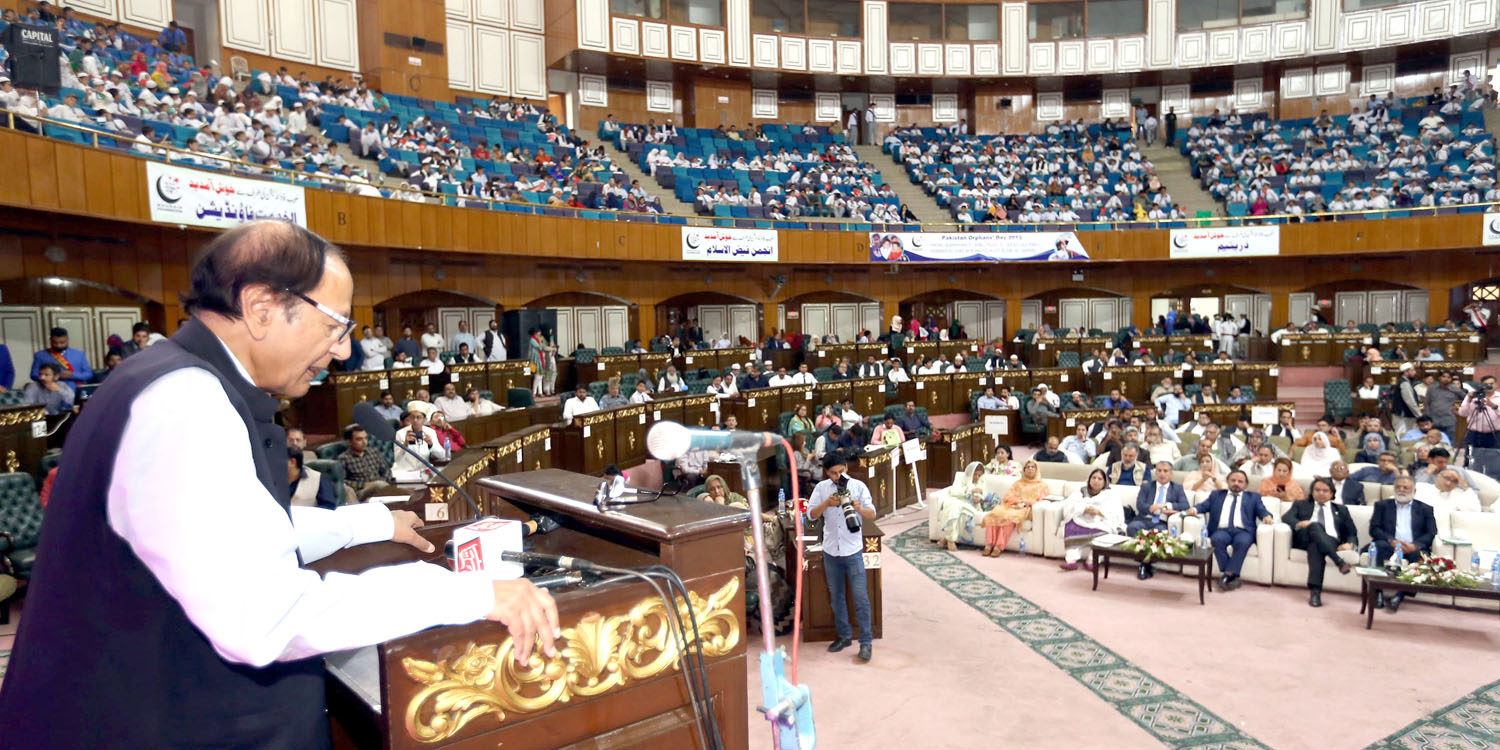 All should always support truth, those hurling abuses on judiciary and Chief Justice will not escape: Ch Shujat Hussain

Politics should remain confined to politics, all these orphan children are ours, Father Day should also be observed, tributes to envoys of Turkey and Azerbaijan

Ch Shujat Hussain has Pakistani mentality and concerned about Pakistan, has come to our help in every difficult time, Nadeem Ahmad Chairman Khubaib Foundation

Lahore/Islamabad: 25-04-2018: Pakistan Muslim League (PML) President and former Prime Minister Ch Shujat Hussain has said that all should always support truth, those hurling abuses on judiciary and the Chief Justice will not escape, all these orphan children are ours, welcome, pay tributes and laud services of Ambassador of Turkey Ihsan Mustafa and Ambassador of Azerbaijan Ali Ali-Zadah and Turkish delegation, present in the function, for taking interest in the welfare and well-being of Pakistanis.

He said this while addressing a function in connection with World Orphans Day under auspices of the Khubaib Foundation at the Convention Centre in Islamabad on Wednesday in which 3000 orphan children were present.

Praising the services of Khubaib Foundation Chairman Nadeem Ahmad Khan, he said that about the orphan children he would say at the very outset that Father’s Day should also be observed with these children, all of them are not orphan children, these are our children.

In the context of his book, he said that whatever is in this book all is truth, my book has come out about three weeks ago and not a single person has denied anything I wrote.

Addressing the children, Ch Shujat Hussain said that you should have Pakistaniyet, speak truth and pay most attention on morality not following the leaders who in the present era talk about democracy and morality and I have just seen a video of theirs, in which they are raising slogans of Prime Minister Nawaz Sharif in a chowk and using such dirty and filthy language against the Chief Justice and the judges which has not been heard nor can be repeated, earlier he was talking against the Supreme Court and judiciary but now he has named the Chief Justice and hurled abuses on mother, sisters and daughters and challenged that whosoever has courage should come and get us.

He said two girls of Lal Masjid are mentioned that they are under my patronage; I would like to say that all girls sitting here are my daughters. Praising the performance of Khubaib Foundation, he said that he keeps visiting their centres, they are rendering grand services for orphan children besides have also greatly helped affected persons in earthquake and other calamities. He also gratitude to the participants of the function for taking care of the children.

Chairman Khubaib Foundation Nadeem Ahmad Khan said that there are many politicians, we have made Ch Shujat Hussain as the chief guest because whenever we have called he has come to our help, in every difficulty he helps us, he is a personality who has Pakistani mentality and concerns about Pakistan, we thank him from the depth of our hearts.

In the end, Ch Shujat Hussain distributed shields among position holder children, a shield was also presented to him. # 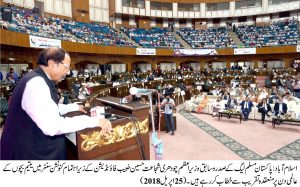