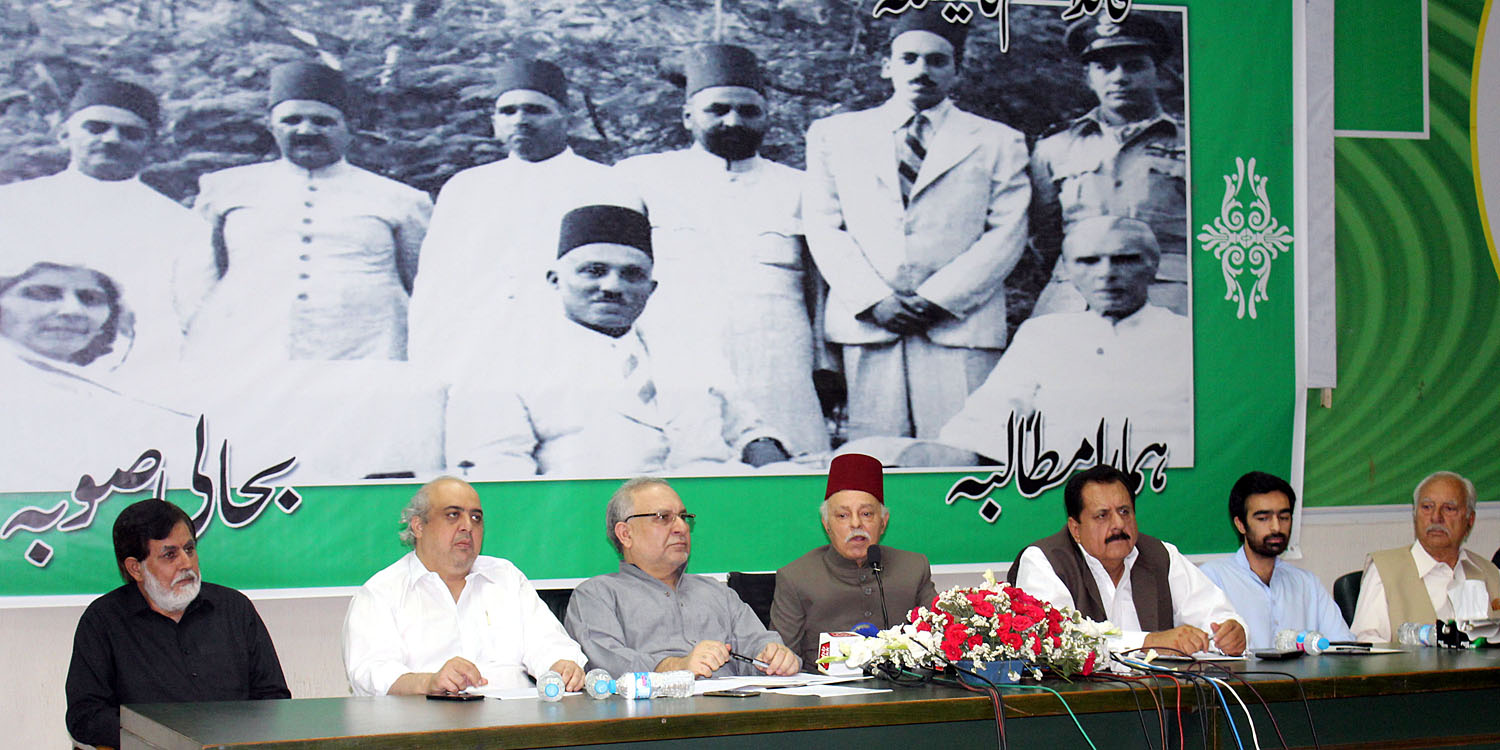 PML supports demand, campaign will be launched after May 30, South Punjab be made separate province, Sharif brothers have cheated, Tariq Bashir Cheema

Respect the Quaid-i-Azam and joint resolution of Punjab Assembly, processions will be taken out in Bahawalpur on May 11, Rahim Yar Khan May 18 and Bahawalnagar on May 25, Muhammad Ali Durrani, joint press conference

Lahore (May 02, 2018) Bahawalpur National Awami Party President and Amir of Bahawalpur Nawab Salahuddin Abbasi has given deadline for restoration of former province of Bahawalpur and has demanded that the province should be restored before expiry of government tenure whereas Pakistan Muslim League (PML) Secretary General and MNA Tariq Bashir Cheema supporting this demand has announced to fully participate in the movement for restoration of the province and said for this purpose campaign will be launched after May 30.

Nawab Salahuddin Abbasi said that if the resolution about restoration of Bahawalpur province is not implemented then full movement will be launched, He said that the province restoration is possible in just three days, rulers have not fulfilled promises made with us, people of Bahawalpur want to see their separate province, former State of Bahawalpur and our elders on every step had supported Quaid-i-Azam Muhammad Ali Jinnah, whenever budget of Pakistan fell short then Bahawalpur helped.

He said on deep desire of my late grandfather and people having great love for Islam, in the light of the decision of the Quaid-i-Azam Bahawalpur region became part of Pakistan as a basic entity and it got provincial status. He said unfortunately recognition of this region was snatched away by Yahya Khan through an LFO of Martial Law, our demand is that promise and decision of the Quaid-i-Azam be implemented and people of Bahawalpur region be returned their recognition, this is constitutional, legal and historical right of this region, this is also question of respecting the promise of the Quaid-i-Azam, it is responsibility of all of us that these promises be honoured and their implementation ensured.

Leaders of Restoration of Bahawalpur Province Movement said now the people are not ready to accept lollypop based on a false promise, own promises be implemented prior to general elections otherwise in the streets of Bahawalpur grave peoples resistance movement will be launched against N-League and rule of “jhoot aur loot” rule continuing in Bahawalpur will no longer be tolerated.

Tariq Bashir Cheema that this peoples’ movement started prior to elections 2018 will announce its second phase line of action after May 30. He said further that an impression is being given in Bahawalpur Division that entire Bahawalpur is demanding South Punjab province, we differ from this, our demand is for Bahawalpur province, South Punjab be made separate province, we invite South Punjab province people to launch movement jointly with us, Nawaz Sharif and Shehbaz Sharif card is not acceptable now, during tenure of Ch Parvez Elahi local bodies representatives were powers due to which sense of deprivation was reduced.

He said that for giving people lollypop to the people in elections 2018, N-Leaguers are talking about stationing of Additional Chief Secretary and Additional IG in Multan after May 20, we do not accept this decision. He made it clear that now there will be no election campaign but restoration of province movement in Bahawalpur now.

Muhammad Ali Durrani said that people are not ready to accept any new fraud of those who have ruled for five years after winning election in the name of the province, they will go to any limit for their right, for their identity and implementation of the promise made by the Quaid-i-Azam.

He announced that next week a white paper based on Provincial Assembly resolution and exposing falsehood (jhoot) of N-League leadership will be issued, a white paper based on government exploitation and loot will be issued every week, processions will be taken out from all mosques of Bahawalpur city on May 11 after Juma prayers in support of restoration of the province which will gather at Chowk Fuwara and together will march forward up to Farid Gate, processions will be taken out in Rahim Yar Khan on May 18 and in Bahawal Nagar on May 25.

Muhammad Ali Durrani said further that if Mian Nawaz Sharif and Shehbaz Sharif did not restore the province prior to expiry of their government then people of Bahawalpur will not allow Muslim League (N) candidates to contest election and get their securities forfeited.

Dr Waseem Akhtar said today we demand of the government to accept restoration of Bahawalpur province constitutional, legal, moral and historical right within 30 days in accordance with the law and announce that people of Bahawalpur will no longer accept further exploitation, injustice, oppression and denial of the province.

Muslim League (Functional) Punjab President Makhdoom Ashraf Iqbal said that patience of the people of Bahawalpur should not be tested any more, people of the region are fully prepared and united for getting their right and will come out in the field of action on getting a signal from the leaders. # 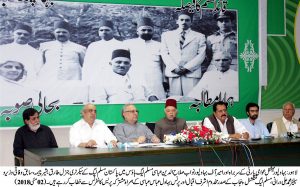