Breaking News
Home / News / English News / If Nawaz Sharif has courage, he should name the aliens 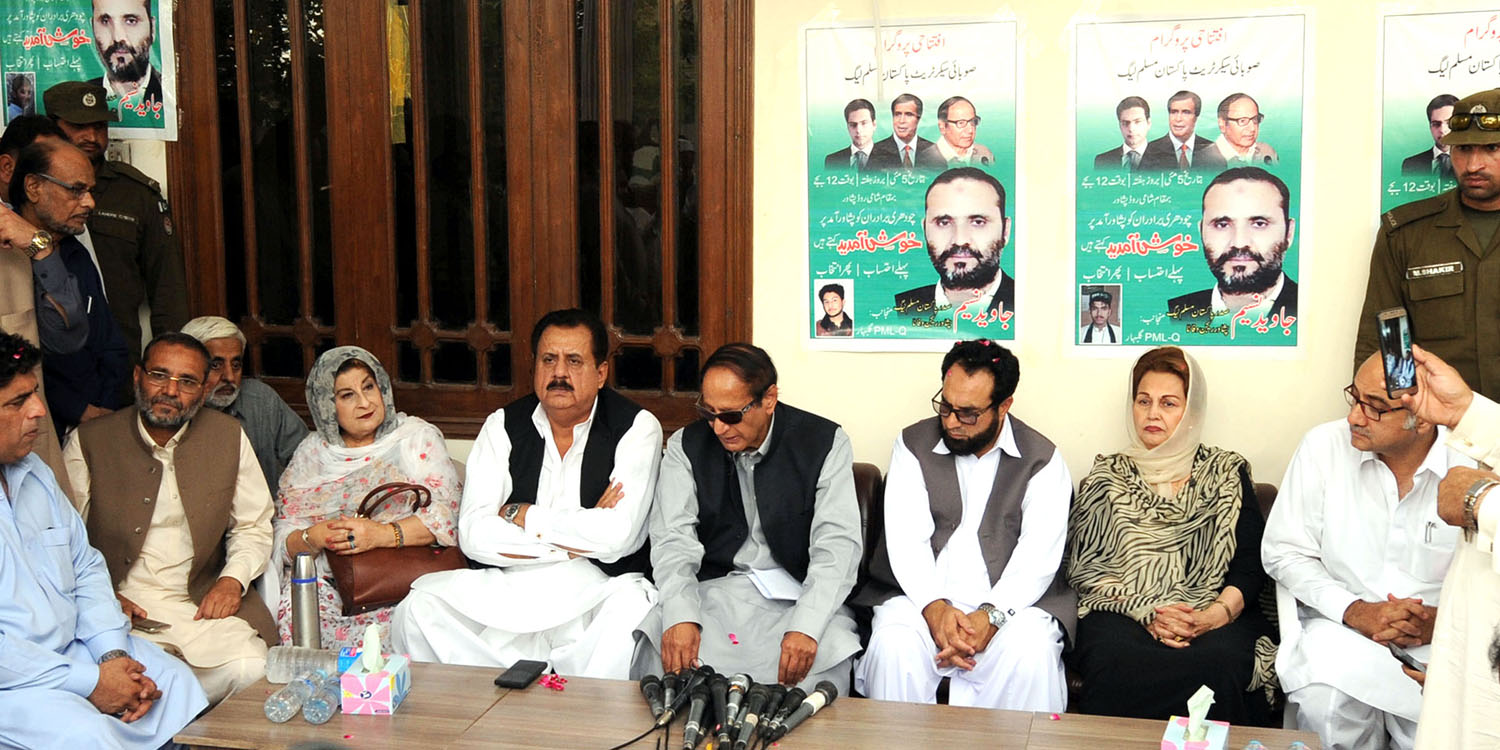 If Nawaz Sharif has courage, he should name the aliens

KPK people should give one opportunity to PML Insha-Allah they will not be disappointed, every area will be served without discrimination,

Peshawar/Lahore: 05-05-2018: Pakistan Muslim League (PML) President and former Prime Minister Ch Shujat Hussain has said that it is not known whom Nawaz Sharif has named as aliens, if he has courage he should tell names of the aliens, only Pakistan Muslim League can solve all problems, people of Khyber Pukhtoonkhwah should give one opportunity to it also, Insha-Allah they will not be disappointed, health, education and employment is right of the people, we will deliver these to them at their doorsteps, whatever works have been in KPP these have been undertaken by our people.

He said this in his address after inauguration of Provincial Secretariat along with party’s Central Secretary General Tariq Bashir Cheema and responding to questions from media in Peshawar today (Saturday).

Replying to a question about Nawaz Sharif’s going to jail, Ch Shujat Hussain said let the verdict come, I do not have to give it, for seeing the present and future of N-League no binocular is needed, it is all before everyone, but to see whether elections will be held a special binocular is needed.

On a question about the kings’ party, he said that it is not in existence, people are going to other parties on their own, they are not milk drinking small children, we welcome those coming to Pakistan Muslim League.

Ch Shujat Hussain warm and enthusiastic reception accorded to them here is a reflection of love and association with PML on this party office bearers and workers deserve felicitations, Khyber Pukhtoonkhwah province has always remained house of Muslim League historically, people here have rendered numerous and unforgettable sacrifices for Pakistan and have defeated enemies of Pakistan every time, they are struggling for national solidarity, national security and elimination of enemy forces even now.

He said Pakistan Muslim League has always raised voice for progress and rights of smaller provinces and served the people without any discrimination, this is why there is love for Muslim League among the hearts of people of smaller provinces, in the past we relied on wrong people in KPK, these people strengthened their persons but unfortunately could not make PML strong, we have to serve the people of Kohistan, Hazara, tribal areas and all divisions without any discrimination, party office-bearers should do membership down to lower level level, should contact people who have love for Pakistan and PNK and activate them who are sitting silently in their houses due to cold shouldering of the leadership, in June 2004 on becoming the Prime Minister I had convened meeting of leadership of all parties of KPK, FATA, tribal elders first of all and evolved strategy for the development of the province and solving problems of the people.

In reply to a question, Ch Shujat Hussain said that all Muslim Leaguers should unite; in present government about dozen ministers were of our party who had joined N-League.

To another question, he said if Nawaz Sharif is calling judiciary, army and defence institutions as the aliens then nobody will allow him to defame these institutions, it is not proper to criticize and level allegations against the institutions.

He said our party Pakistan Muslim League is registered with the Election Commission, Muslin League has its roots among the people, for Pakistaniyet and Pakistan all Muslim Leaguers will have to gather together and future belong to it Insha-Allah.

He said Nawaz Sharif is in power for 35 years and now for providing neat clean water against asking for 10, 20 years.

Tariq Bashir Cheema responding to a question said that Nawaz Sharif has destroyed all sectors including economy and foreign policy in four and half years and now to hide his failure he is talking like he has not been allowed to do work. # 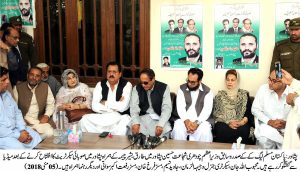