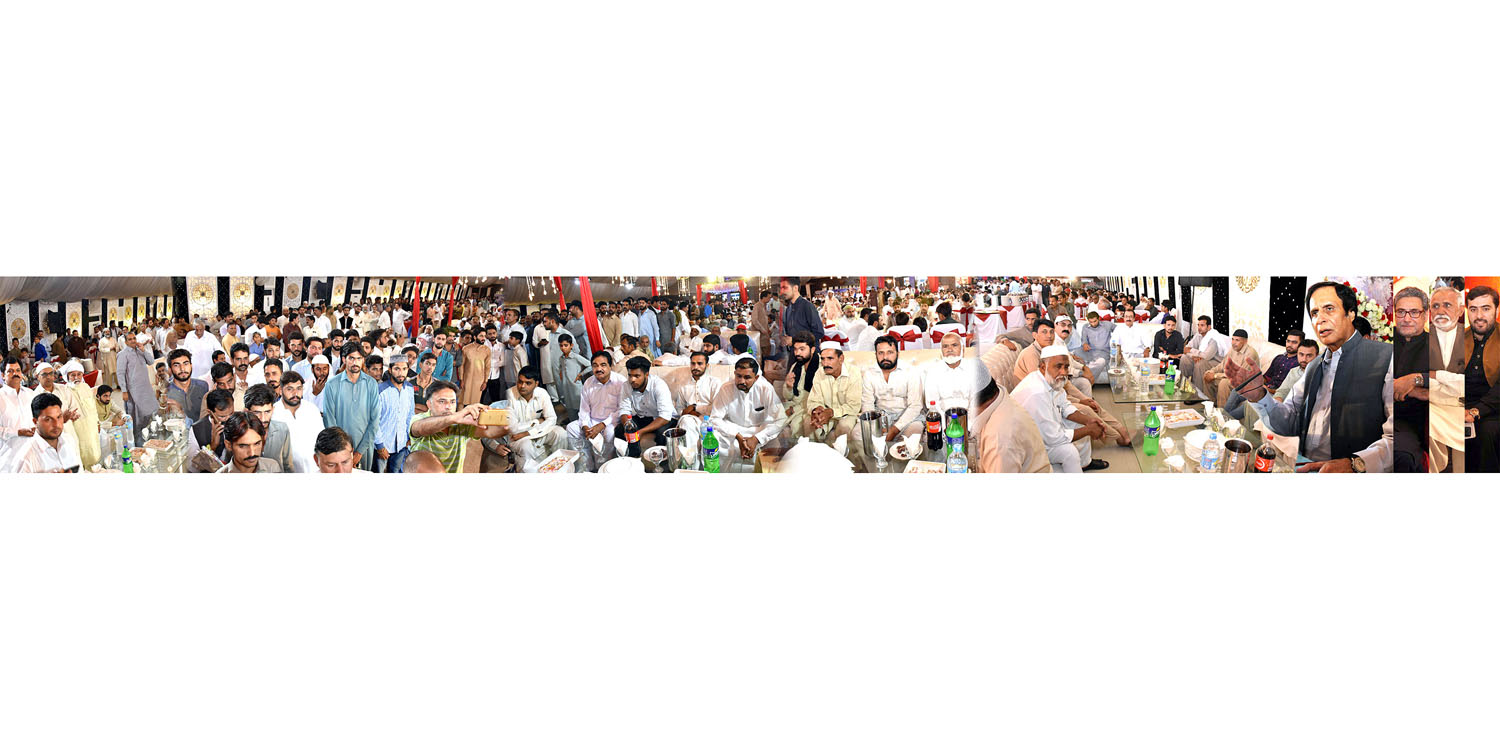 People should offer thanks giving prayers on N-League going, should pledge not to vote again to these corrupt people: Ch Parvez Elahi

False claims about load shedding have also been exposed, people forced to have Sahar and Iftar in darkness

Address to Muslim Leaguer office-bearers and workers in Gujrat

Lahore: 31-05-2018: Pakistan Muslim League (PML) senior central leader and former Deputy Prime Minister Ch Parvez Elahi has said that the people should offer Nafl prayers on ending of 10 years tenure of N-League and should also pledge not to vote again to these corrupt people.

He said this while addressing a big gathering of Muslim League office-bearers and workers in Gujrat today (Thursday). On this occasion, Mian Imran Masood, Ch Asghar, Dr Zain Ali Bhatti and other Muslim League’s leaders were also present.

He said that poles of their false claims about ending load shedding have also been exposed and people are forced to have Sahar and Iftar in darkness.

Giving a detailed account of ten years of corruption, commission, loot and plunder of Shehbaz Sharif, Ch Parvez Elahi said that before going to elections he should account for corruption in 56 companies including Saaf Pani Company, he is a culprit of the people for inauguration of incomplete projects, fake scheme and in Model Town case and would meet his end soon, Shehbaz Sharif had dumped billions of rupees of the Punjab in jangla bus and orange train, poor people are still looking for times meals even today, unemployment and lawlessness are two gifts of Shehbaz Sharif which he had given to the people, Punjab government has ended but Shehbaz Sharif had not given powers to the local bodies representatives. #