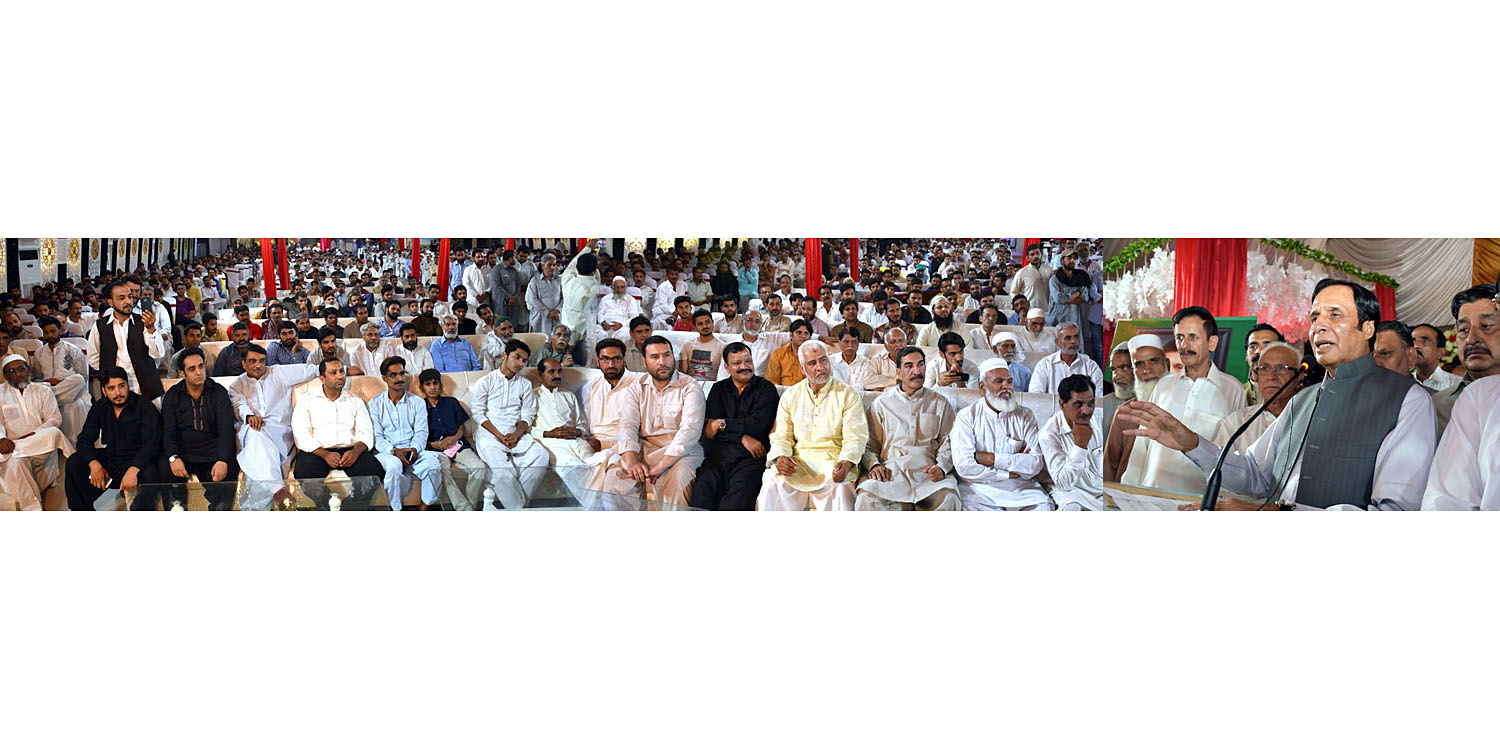 Disqualified did whatever he could do during his every tenure against army and judiciary, got Supreme Court attacked by providing qeemey waley naan

Lahore: 12-06-2018: Pakistan Muslim League (PML) senior central leader and former Deputy Prime Minister Ch Parvez Elahi has described the record highest dollar price against rupee, constant hike in petrol and diesel prices and non-availability of electricity throughout the country as the outcome of the measures of the former government and said that black deeds of N-League are being exposed.

He said this while addressing an Iftar party in Gujrat today (Tuesday) which was participated by large number of Muslim League leaders, workers and prominent figures from all walks of life.

Ch Parvez Elahi said that N-League disqualified rulers during their every tenure did whatever they could against army and judiciary even to the extent of getting Supreme Court attacked by providing “qeemey waley naan”. He said that outcome of what oppression the so- called claimants of serving the people during their recent five years with the country and nation are now coming to the fore, in the record hike in dollar price not only foreign debts have increased by billions of dollars but rupee price has also fallen against Euro, Pound, Riyal, Dirham and other currencies because of which grave dangers are looming large on national economy as well as new wave of price hike and unemployment are threatening the country.

He said all this is because of blindly securing loans on higher interest rates, giving preference to unproductive, show offs and deficit projects and reduction in country’s exports, where is progress and betterment in national progress and economy about which disqualified rulers were making all tall claims during five years, they instead of serving the people and the country and the nation remain engaged even in their this tenure as well in hatching new conspiracies every now and then against the army and defaming and weakening the judiciary for which the people are being punished. #