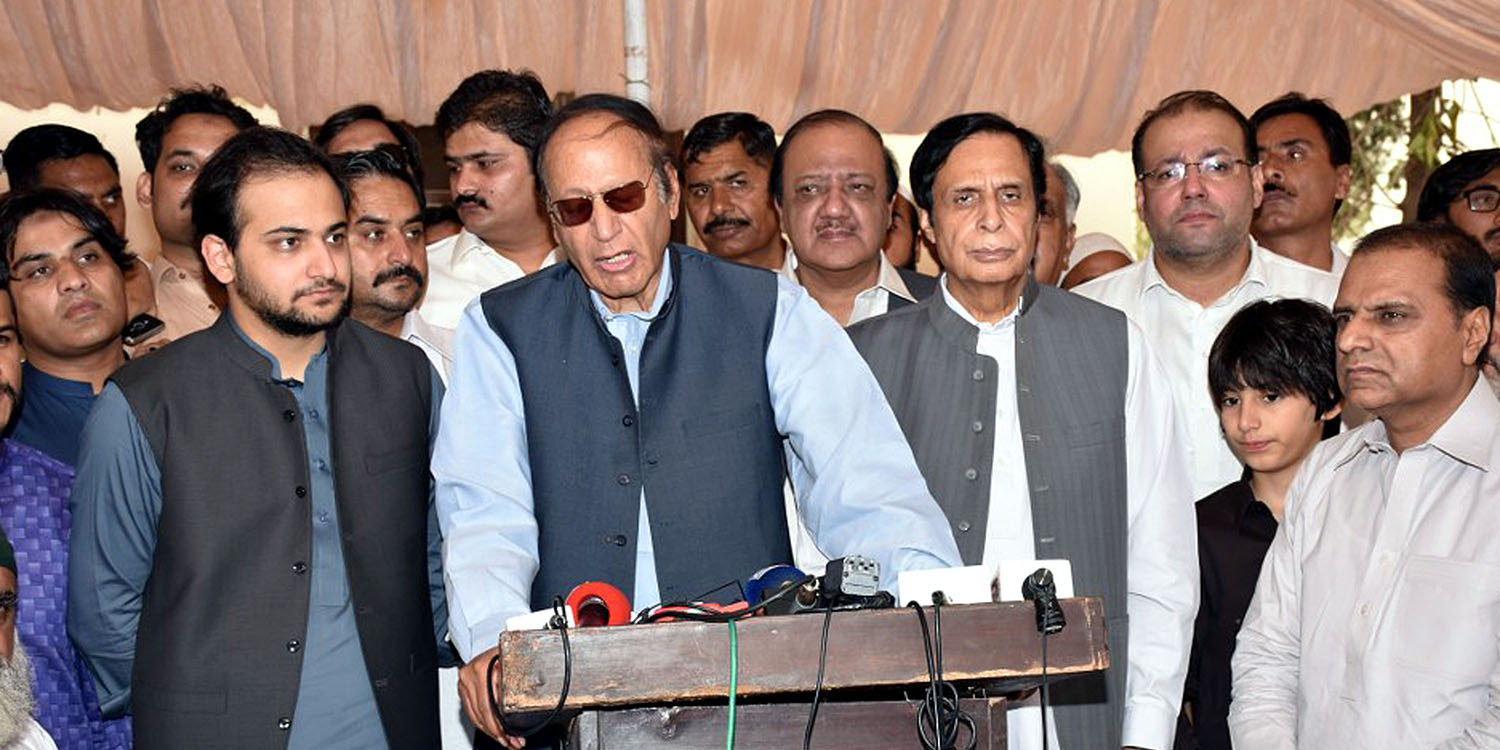 In the presence of external conspiracies election on personalities will create chaos, politicians should unite: Ch Shujat Hussain

Talk with media along with Ch Parvez Elahi, Wajahat Hussain and Moonis Elahi

Lahore: 18-06-2018: Pakistan Muslim League (PML) President and former Prime Minister Ch Shujat Hussain has said that in the presence of external conspiracies election on personality basis will be of no benefit, it will create chaos, all politicians should forge unity in their ranks.

Ch Shujat Hussain said decisions of the country have to be taken between Eidul Fitr and Eidul Azha but presently external conspiracies are being hatched against the country, results of the election to be held in these circumstances will create chaos, elections to be held on personality basis are of no benefit, country’s security should be foremost, as such my advice to all politicians that they should unite brushing aside all opposition.

In reply to a question, he said new wave of price hike has hit the country, dollar rate going up is adversely effecting common man, I think people golden opportunity to take revenge from N-League of its anti-people measures in the election, load shedding has derstrpyed economy, dollar has become unbridled like N-League stance, N-League has economically destroyed the country, N-League has done what it wanted to do now time has come to account for that, Nawaz Sharif has been brought to present situation because of his political adamancy, there is no chance of N-League coming into power again, it will have to account for its 25 years power, claimants of elimination of load shedding have taken away electricity with the end of their rule, there is great anger among the people against N- League campaign against the institutions, both brothers have strange policies, , Nawaz Sharif is busy criticizing the institutions and Shehbaz Sharif is trying to appease them through backdoor contacts, people should vote with due thinking and consideration and elect such persons which are better for them, they should vote for Pakistan Muslim League, we have served people earlier, will also do in future.