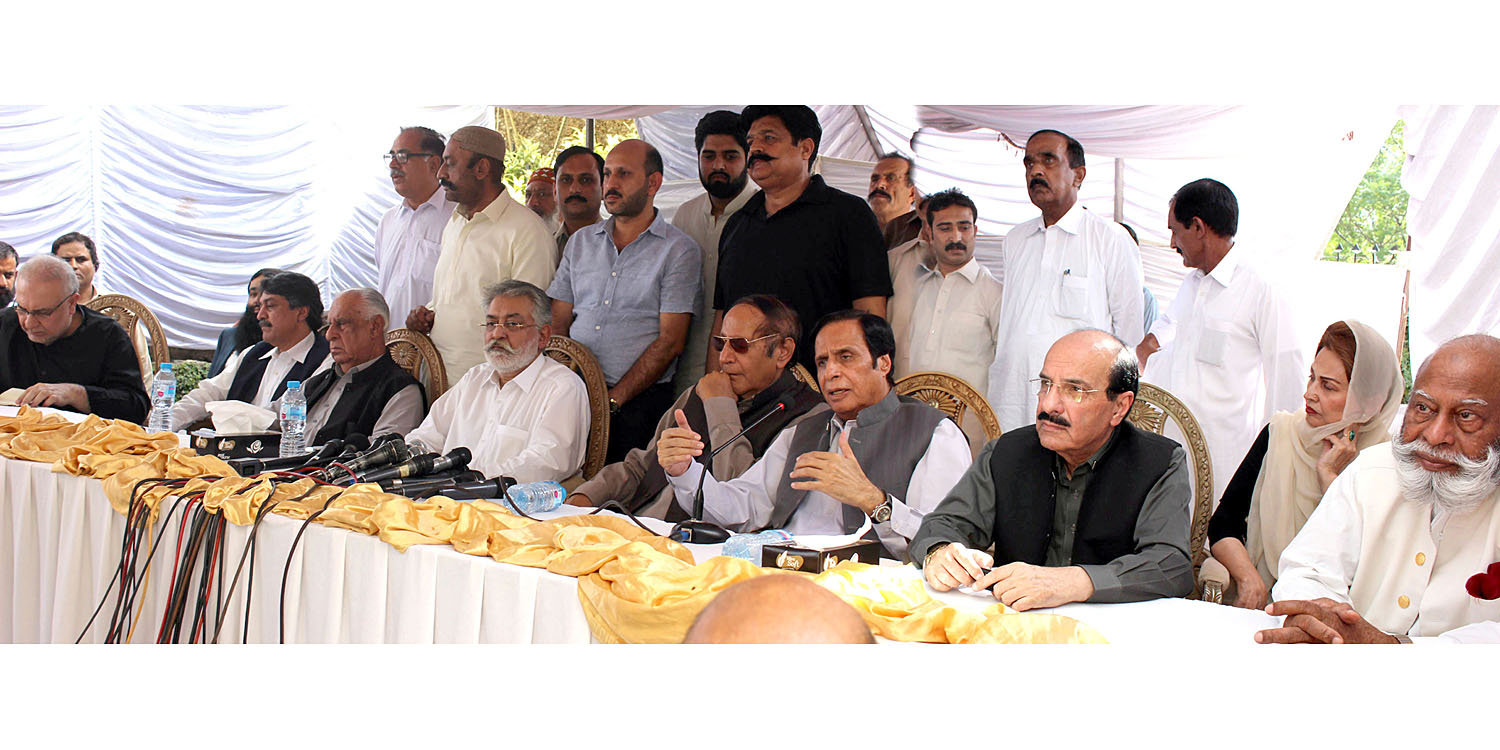 Lahore/Islamabad: 21-06-2018: Pakistan Muslim League (PML) leaders Ch Shujat Hussain and Ch Parvez Elahi and Grand Democratic Alliance (GDA) leaders Pir Sahib of Pagara Pir Sibghatullah Shah and Ghous Ali Shah addressing a joint press conference have said that measures of Election Commission and caretaker government are not going towards fair elections, for making election transparent inter-provincial transfers should be made, officials recruited by former government should be removed from polling duty so that 2013 rigged elections history is not repeated, entire administration and polling staff have been receuited by Sharif family in these circumstances fair and transparent elections are not possible, work of 2013 will be done.

Pakistan Muslim League (PML) President and former Prime Minister Ch Shujat Hussain said that in 2013 election measures for rigging were taken, in no country anywhere in the world candidate is not stopped from going into the polling station.

Former Deputy Prime Minister Ch Parvez Elahi said that situation in Punjab is not different Sindh, Sharifs have governed Punjab for 10 years, they have posted officers of their choice in Punjab, action is different, verbally is something different, entire administration is of Sharif family, transparent and fair elections are not possible in the presence of Sharif family, we are talking about the policy made by Sharif family, 2013 elections were rigged, like that elections are not acceptable to us, such elections will cause chaos, the country is heading towards catastrophe, first of all officer of one province should be transferred and posted in other province in the presence of all of them transparent elections are not possible.

Pir Sahib Pagara said that Chaudhry Sahib has called us from Karachi to Islamabad, we are ready for next elections but if 2018 elections are held like previous elections then the country will suffer, in2013 we had gone to the court against elections, new elections have come but petition regarding old election has not yet been decided, we do not faith in the present Election, officers of smaller districts are being posted on big posts, we do not fair and transparent elections being held in the prevailing situation, how we should believe that next election will be transparent, in 2013 People Party had lost the election and Functional League seats were given to Peoples’ Party, transparent elections are not expected from the caretaker government, some officers should be brought into Sindh from Punjab, Balochistan and KPK.