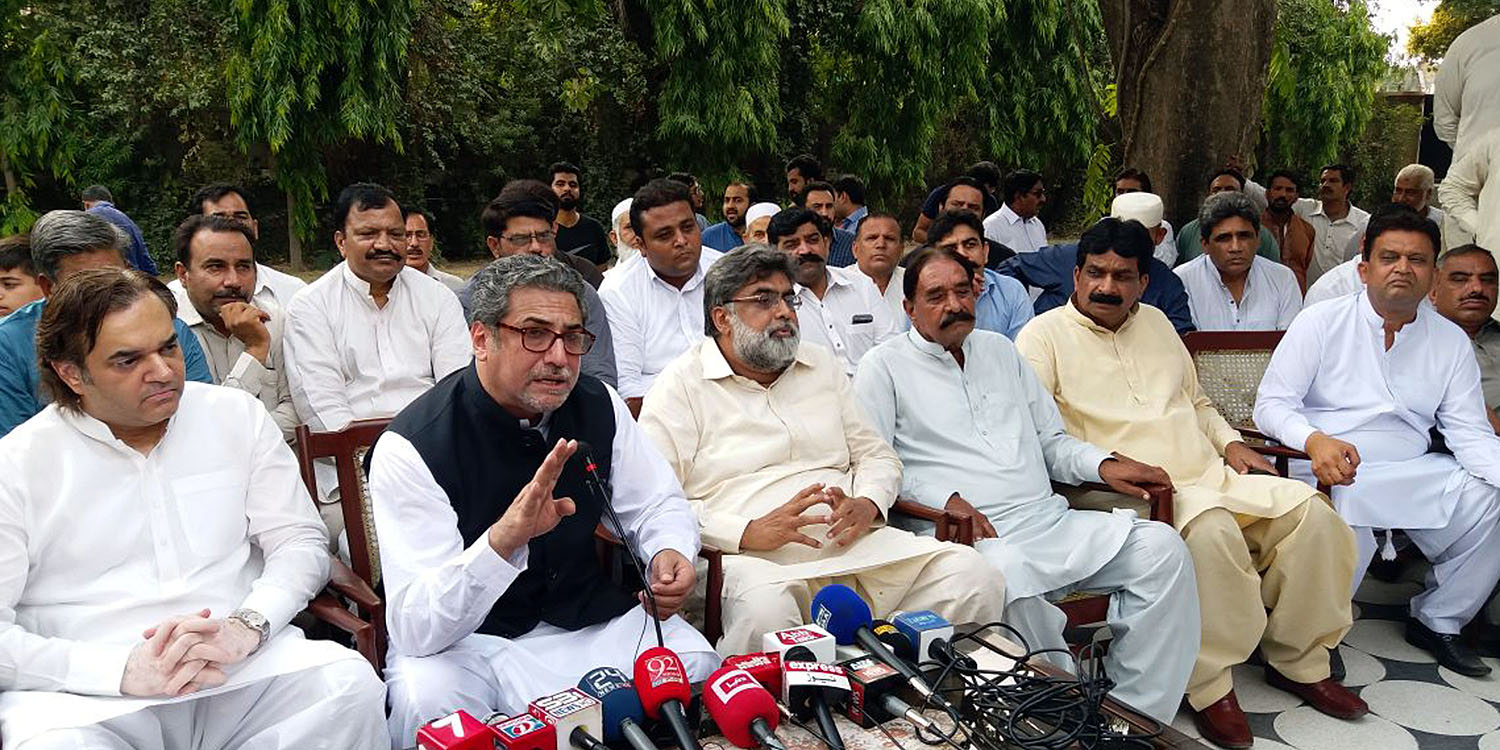 Mian Imran Masood said that following mutual seat adjustment between Ch Shujat Hussain and Imran Khan, on the direction of the party leader I announce withdrawal from PP-31 Gujrat in favour of PTI’s Ch Salim Sarwar Jaura and from NA-69 Gujrat Ch Parvez Elahi is both parties unanimous candidate.

He said both parties will jointly corrupt mafia throughout Pakistan including Gujrat, previously also both parties have been pursuing joint strategy in the Senate, National Assembly and Provincial Assemblies. He said for law and order in Gujrat we all have to work together and ensure success of Tractor and Bat in the elections. He said there was lot of pressure on him not to leave old family seat but I have taken this decision on the direction of the party leader.

On this occasion, expressing gratitude to Ch Shujat Hussain, Ch Parvez Elahi and Mian Imran Masood, PTI’s candidate Ch Salim Sarwar Jaura said that he will work more for victory of Ch Parvez Elahi from NA-69 than his own election, PML and PTI will jointly establish law and order in Gujrat, we will bring corruption of Mayor Gujrat Haji Nasir before all.

Meanwhile, Ch Shujat Hussain and Ch Parvez Elahi have paid rich tributes to Mian Imran Masood on his meritorious services and said that he is our very old and trust-worthy colleague. #