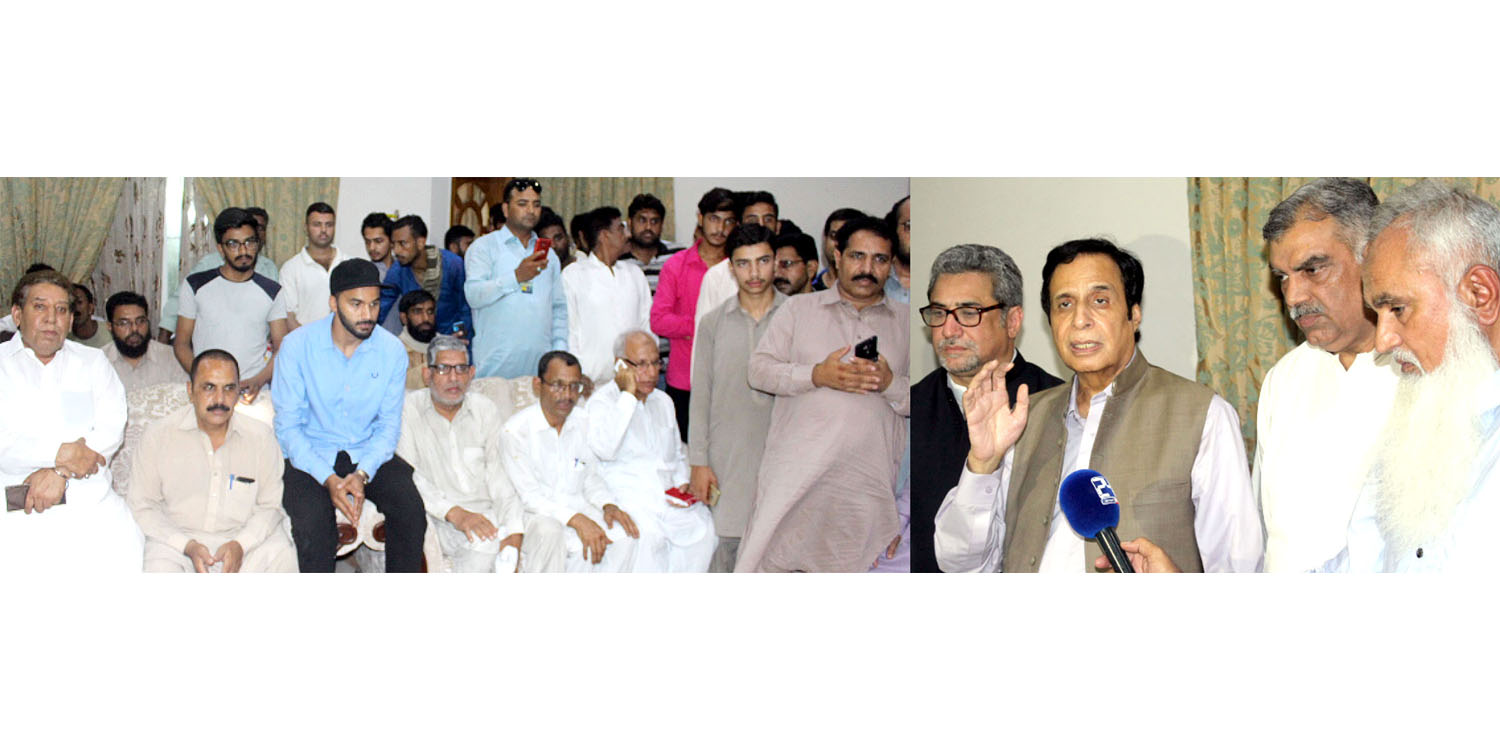 Nawaz Sharif is pursuing whose agenda through politics of chaos: Ch Parvez Elahi

Punished for deeds, sentence for holi of blood in Model Town still remains that too will Insha-Allah be given, address at gatherings, N-Leaguer Vice-Chairman joins PML along with supporters

He said this during talking on the occasion of N-Leaguer Vice-Chairman Ch Tanveer along with supporters joining Pakistan Muslim League and addressing gatherings at different places in Gujrat today (Wednesday). On this occasion he was accompanied by Mian Imran Masood and other leaders also.

Ch Parvez Elahi said that Sharifs are being punished for their deeds, punishment for playing holi of blood in Model Town still remains, that too will be given Insha-Allah, they cannot escape from this punishment.

He said that Nawaz Sharif has not learnt lesson from the past, even after becoming the prime minister for third time he has rendered no service to the people, pursued policies contrary to the interests of the country and the nation and persisted with his confrontational attitude, now he is trying in vain to escape punishment for his doings.

Ch Parvez Elahi further said that if Almighty Allah blesses us with an opportunity we will start journey of progress and development where it had ended because agenda of our politics is only service to the people. #