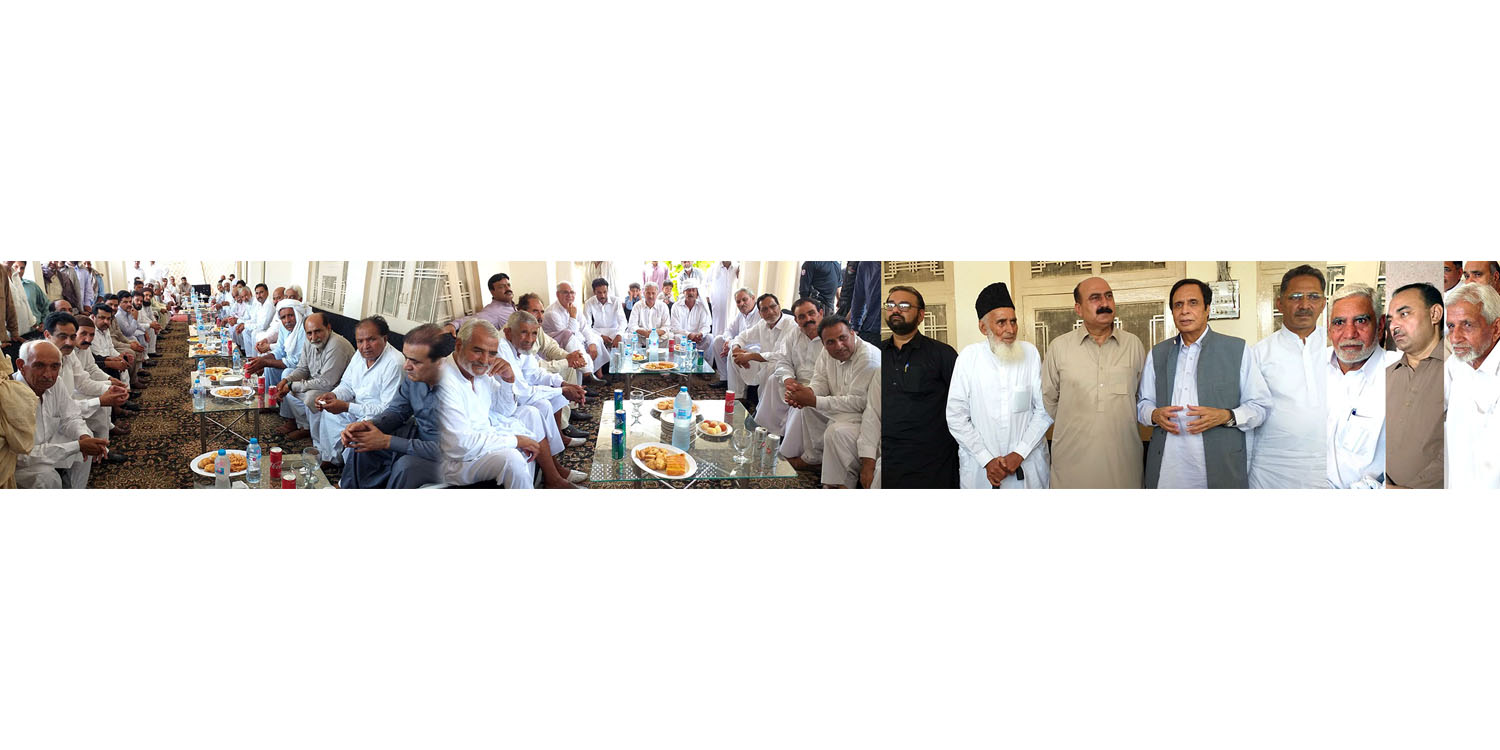 People were drenched in blood in Balochistan Shehbaz Sharif in Lahore was inciting people on breaking law: Ch Parvez Elahi

Shehbaz Sharif and his sons were not to go to the airport just kept playing drama on Mall Road; terrorism in electoral meetings is regrettable, talk with media

Lahore: 14-07-2018: Pakistan Muslim League (PML) senior central leader and former Deputy Prime Minister Ch Parvez Elahi has said that innocent people in electoral rally in Mastung, Balochistan, were all drenched in blood and breathing their last and in Lahore seated in an air-conditioned vehicle Shehbaz Sharif was inciting people on lawlessness.

He said this while addressing different delegations, big gathering and talking to the media in Gujrat today (Saturday).

He said that Shehbaz Sharif and his sons were not to go to the airport and they did not go and just kept staging dramas in Lohari and Mall Road.

Ch Parvez Elahi said that incidents of terrorism in electoral meetings are regrettable, we share the grief and sorrow of Bilaur and Raeesani families, pray for patience for bereaved families and early recovery of the injured persons.

In reply to a question, Ch Parvez Elahi said what Nawaz Sharif and Shehbaz Sharif had done for the people that they would have come out, a convicted criminal was reaching Lahore airport who was to be arrested, what sort of reception for him?

He said what a joke is this that they who themselves did not respect the voter are saying give respect to vote whereas they themselves had betrayed the voters and committed rigging in the election.