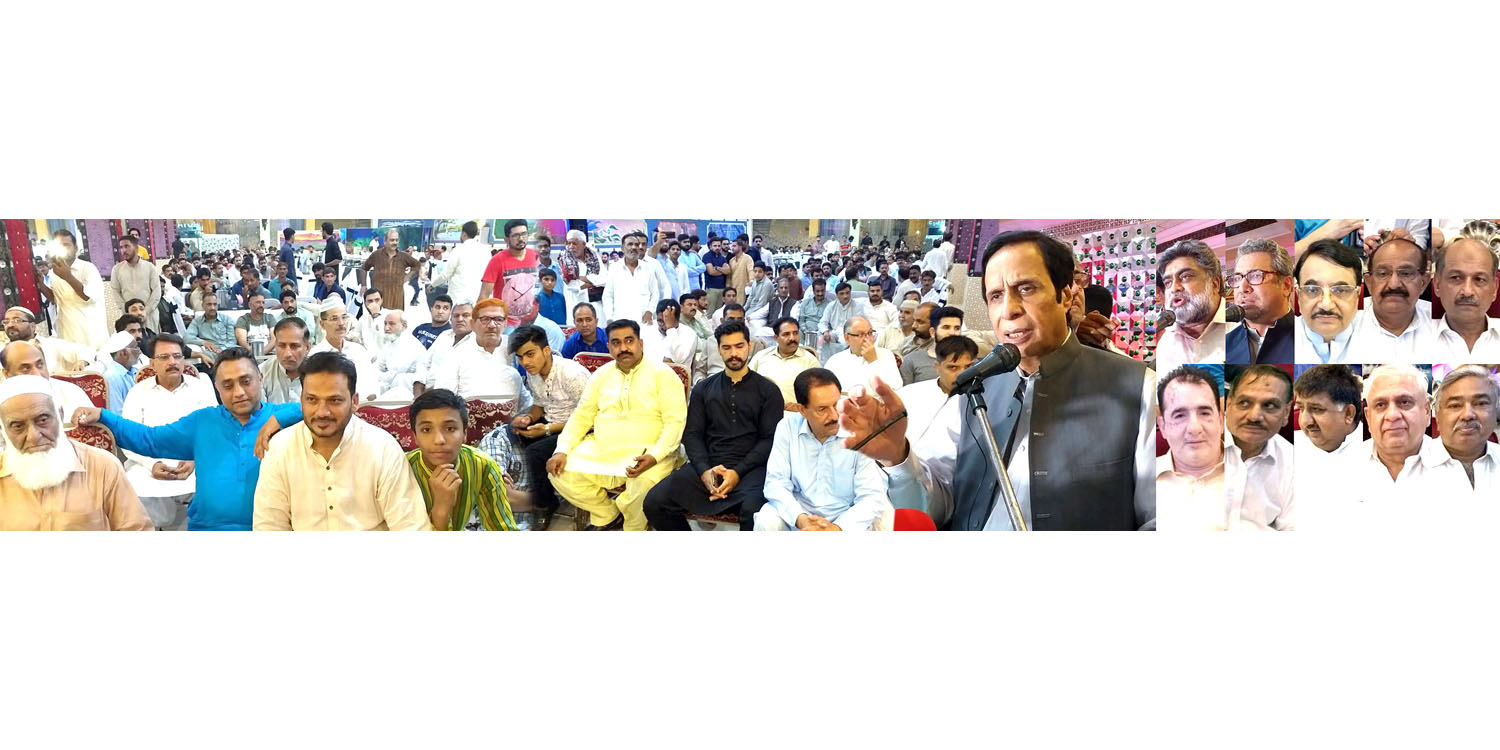 Lahore show was destined to flop, wants to hid his conspiracy by hurling abuses on police and caretakers, former chief minister should not become Election Commission, address at joint meeting

He said this while addressing a very big electoral meeting during Pakistan Muslim League and PTI joint election campaign in Gujrat today (Sunday) which was also addressed by PTI candidate from PP-31 Ch Salim Sarwar Jaura, Mian Imran Masood and other leaders.

Ch Parvez Elahi said that Shehbaz Sharif has always been in the habit of targeting junior officers on surfacing of the results of his wrong doings and shortcomings; he had punished numerous Deputy Commissioners, SPs and junior officers for his own doings.

Ch Parvez Elahi said that decision to accord reception to Nawaz Sharif, convicted for corruption, on his return was against public desires but Shehbaz Sharif in order to show off his so-called loyalty and love wrote the script for reception rally and implemented it also, acting on the second part of the same script he is staging this drama also that lakhs of people were out there on roads in Lahore but they were not allowed to go to the airport by the caretaker government’s subordinate administration and police.

Ch Parvez Elahi said that Shehbaz Sharif should not become the Election Commission, now administration and police are not subordinate to his orders, which he is habitual of threatening and getting his desired orders implemented and also using against his opponents.

Ch Ashiq Hussain, Syed Zameer Shah, Mian Parvez Pagganwala and other leaders were seated on the stage on the occasion. #