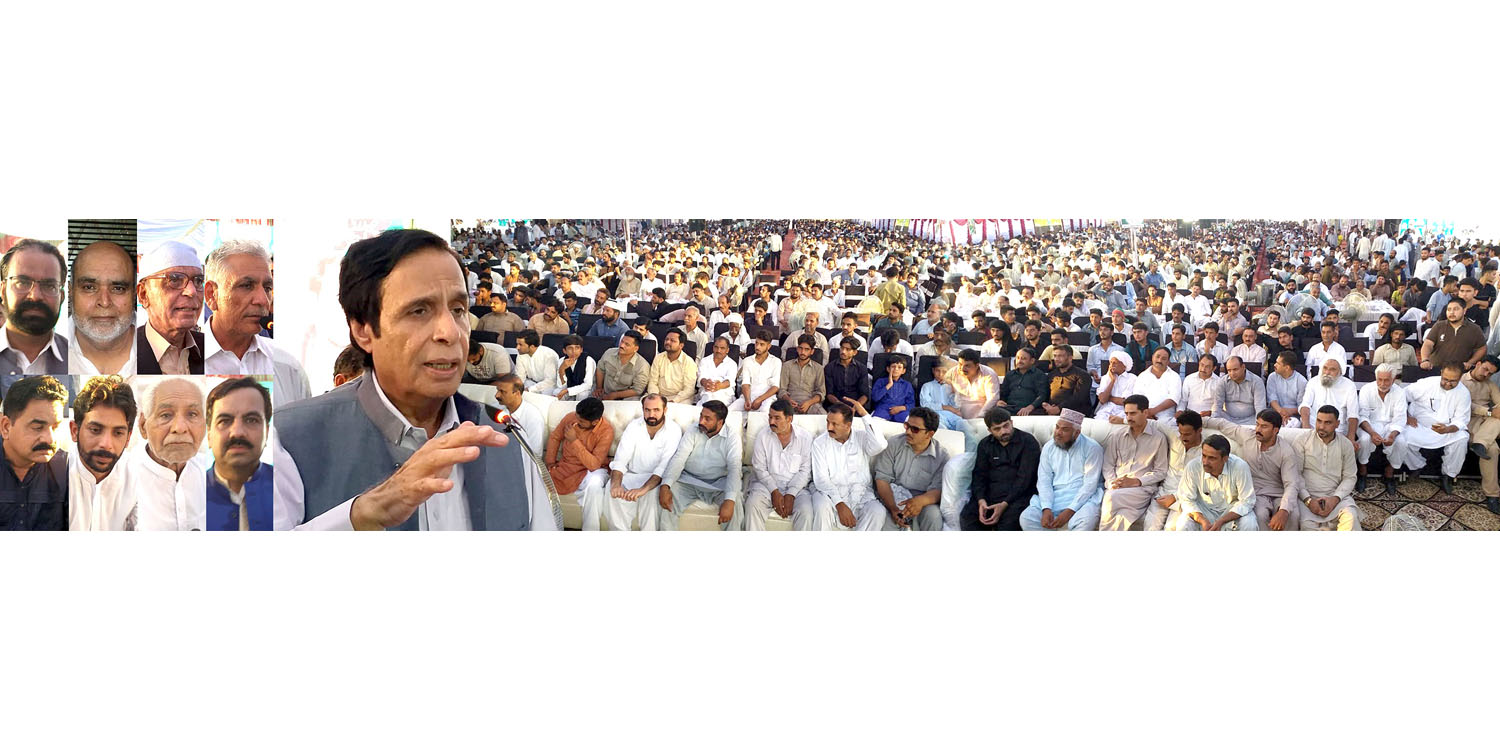 Lahore: 18-07-2018: Pakistan Muslim League (PML) senior central leader and former Deputy Prime Minister Ch Parvez Elahi has said that the nation will throw Nawaz Sharif’s pro-India stance on his face on July 25, army jawans of Gujrat had written immortal stories of courage and chivalry in the wars against India offered countless sacrifices and earned three Nishan-e-Haider, there is no place in Pakistan for those preaching pro-India stance.

Addressing a public meeting in Gujrat today (Wednesday), Ch Parvez Elahi said that irrespective of whether we are in the government or in the opposition we have kept the name Gujrat high, enhanced respect of the residents of Gujrat, our Parha Likha Punjab programme and educational reforms had increased rate of literacy, because of Gujrat University Gujrat is ranked among highly educated districts and Gujrat is first in women literacy rate.

Ch Parvez Elahi further said that till Nawaz Sharif was the prime minister he had tried his utmost of making life of his political opponents miserable, got false cases registered against them and treated them most inhumanly in jails but he should be grateful that today such treatment is not being meted out to him in jail like he had treated his political opponents, N-League has already got panicky although their quaid Nawaz Sharif has been convicted only in one reference so far and verdict in two references is yet to come.

Ch Parvez Elahi said that alliance between the workers of Pakistan Muslim League and Pakistan Tehrik-e-Insaf in Gujrat Insha-Allah prove political demise of N-League and it will be wiped out forever from Gujrat.

Public meeting was also addressed by Tehrik-e-Insaaf candidate from NA-70 Faizul Hassan Shah and PML provincial candidate Ch Abdullah Yousuf Warraich while Ghulam Rasool Shariq and other leaders were seated on the stage. #