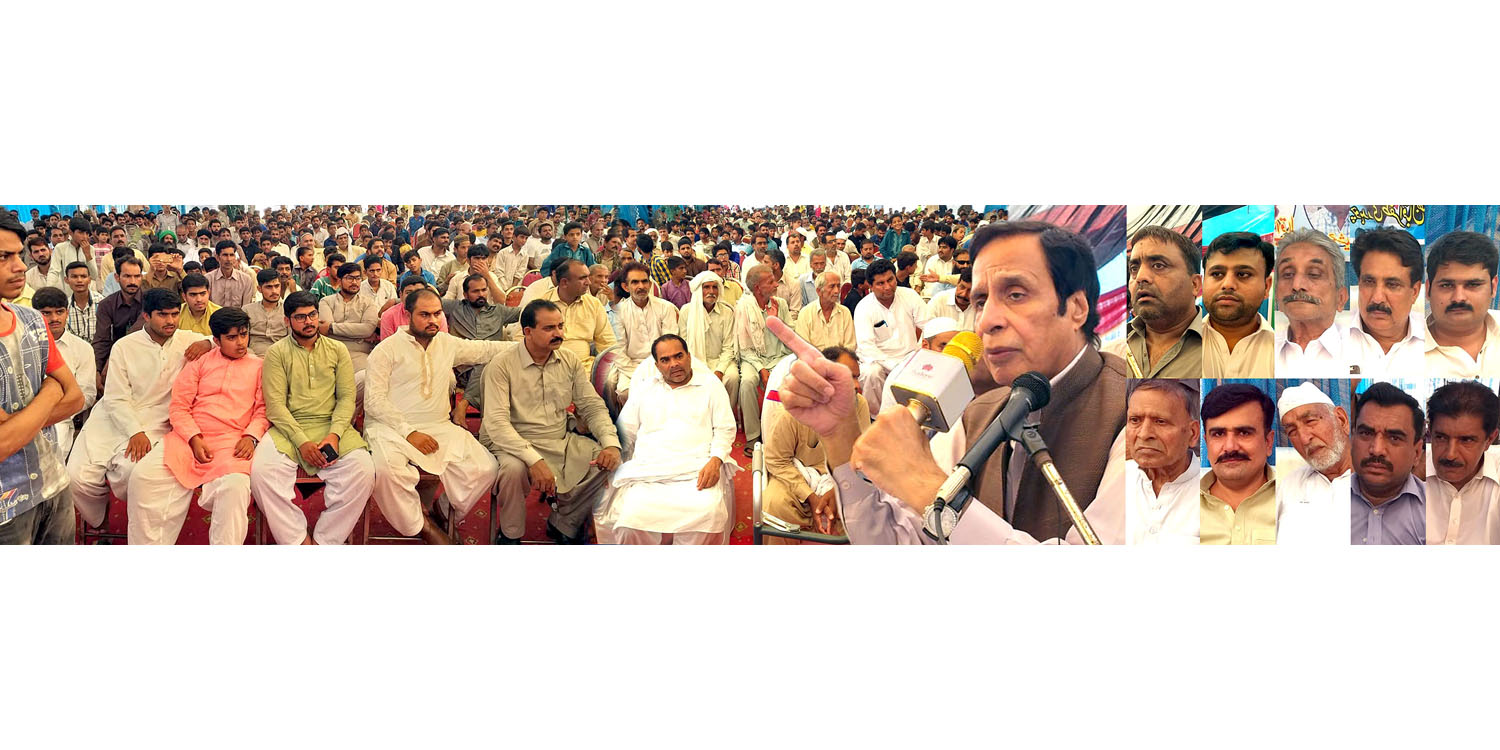 Voters should go to polling stations on July 25 without caring for weather and make N-League thing of the past, address to big gathering of voters

Addressing a big gathering of voters in Gujrat today (Thursday), Ch Parvez Elahi said that Nawaz Sharif and Shehbaz Sharif not only did enmity to Pakistan and its people but also with “deen” and to appease the Khatam-e-Nubawwat’s (ﷺ) “munkirs” and their patrons conspired to change the laws which miserably failed.

He said that the stance of Nawaz Sharif is against the country and national institutions which not only in the people but also has not been welcomed by the sensible N-League workers and this is the reason that his return show had flopped badly.

Amidst chanting of slogans recounting works done for the betterment and welfare of all sectors particularly common and poor man, farmer and workers during his chief minister-ship said that we are thankful to Almighty Allah that our conscious is satisfied, we had utilized all our resources and capabilities for progress and prosperity of entire Punjab particularly the backward areas which had produced positive results and our Punjab was going first in all respects but Sharif brothers out of their enmity took such anti-people steps that the pace of its progress and prosperity was hampered and stopped and prosperous Punjab was turned into miserable province.