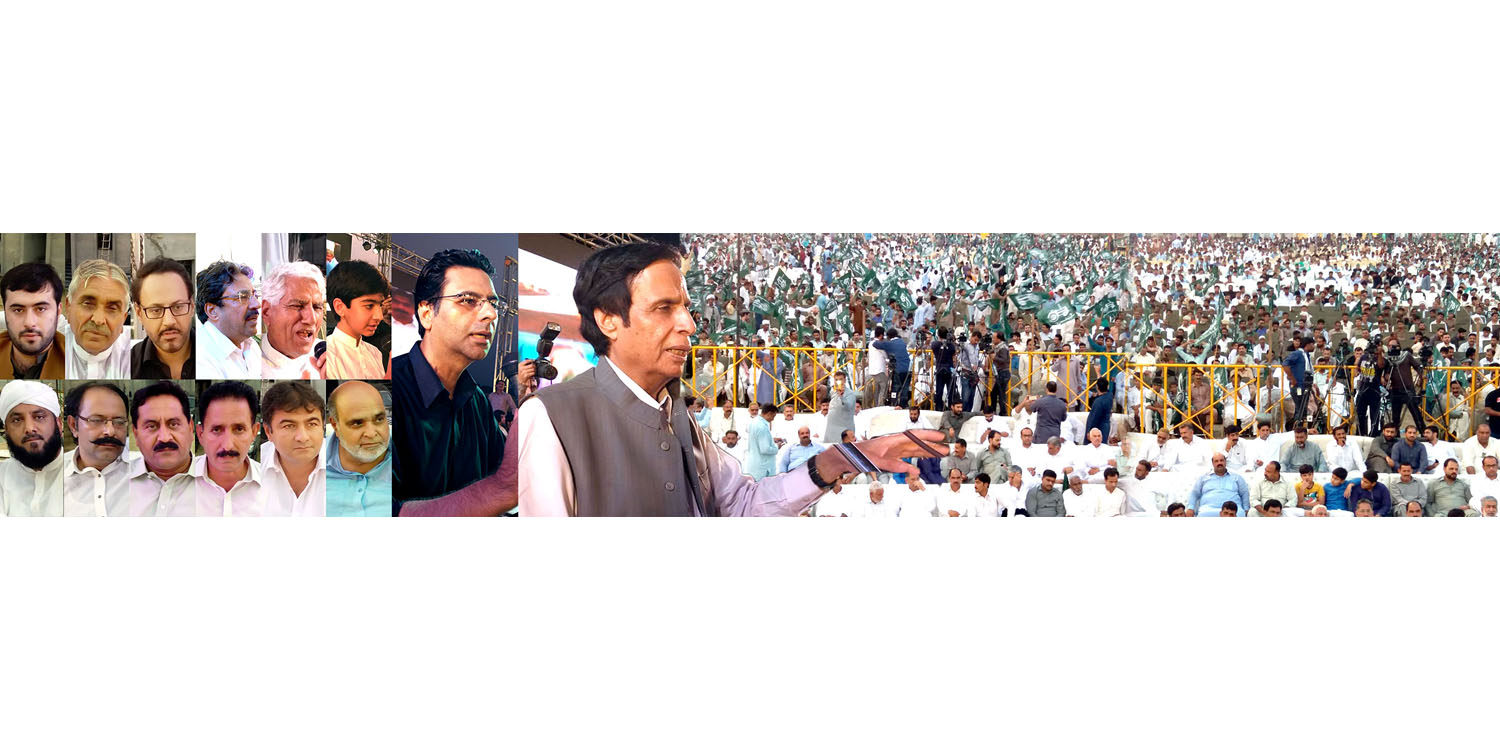 Sharif brothers should stop threatening government servants in panic on foreseeing their defeat, Insha-Allah their tenure will not come now, address to big public meeting

Addressing a big public meeting in Gujrat today (Friday), he said that the blood of Model Town martyred will not go waste and these two brothers and their accomplices will not escape punishment. Moonis Elahi also addressed the meeting.

He said that Sharif brothers had destroyed hospitals, schools, colleges and institutions whereas we had in five years had established ideal hospitals, schools, colleges and Gujrat University like educational institutions, provided free medicines and free education up to matric and established 1122 Rescue Service like service and, they cannot produce even a single example of our these works.

He emphasized on the audience to maintain this spirit and enthusiasm till July 25 and eliminate anti-country and anti-people elements forever.

He said that in politics he has learned a lot not from elders but also our workers and undertook public welfare and well-being works in every field which were not undertaken previously whereas the false claimants about development of country and the nation and service to the people could not provide neat drinking water even in Lahore.

He said that Nawaz Sharif says he is feeling hot in jail; our government had even improved conditions in jails and provided ordinary prisoners with the best possible facilities and food. #