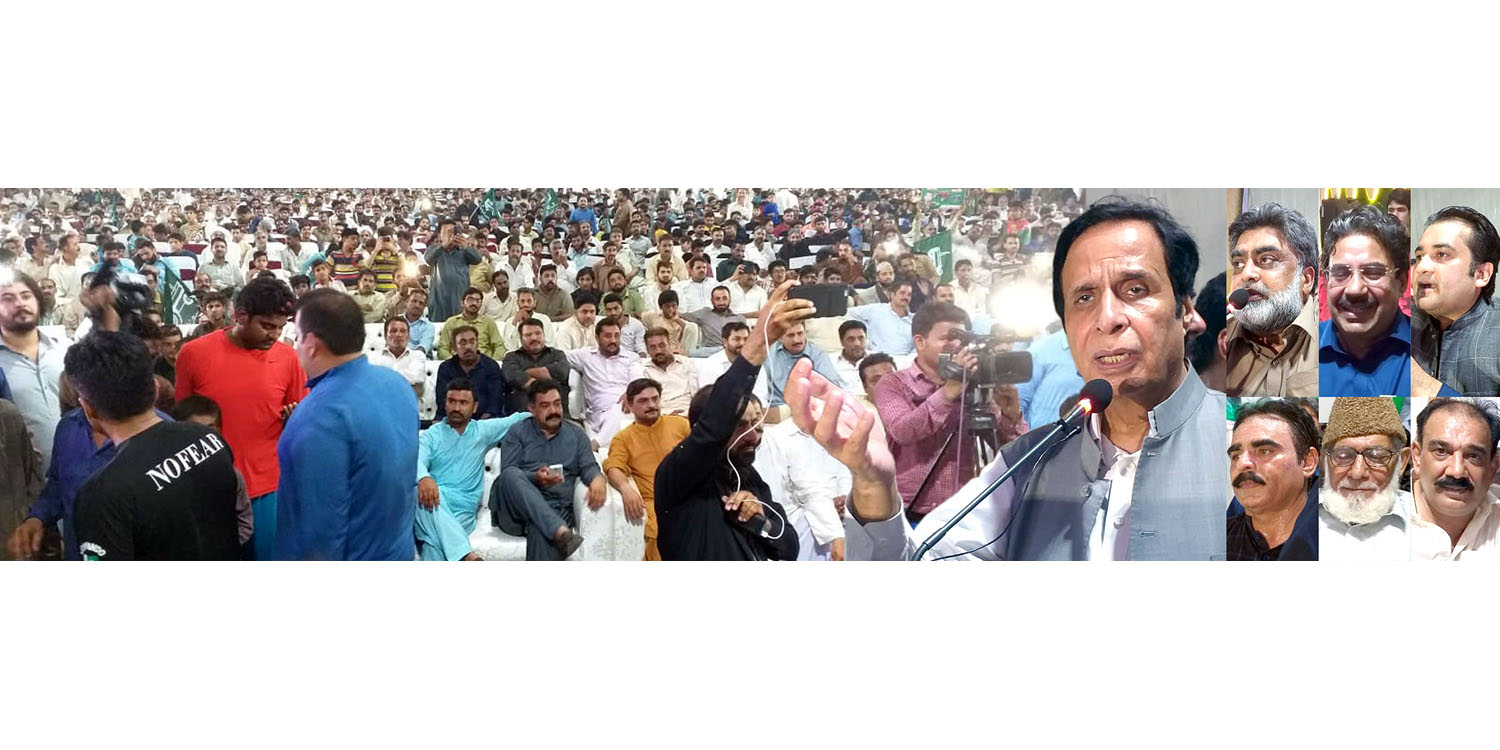 Who is not well-wisher of country and nation how he can be a patriot, both brothers jointly have made the people suffer from diseases, address at public meeting in Gujrat

Lahore: 21-07-2018: Pakistan Muslim League (PML) senior central leader and former Deputy Prime Minister Ch Parvez Elahi has said that due to foreign policy of Nawaz Sharif now our rivers are dry whereas in Punjab Shehbaz Sharif has forced the people to drink contaminated water, both the brothers jointly have made the people suffer from diseases.

Addressing a joint public meeting of Pakistan Muslim League and Pakistan Tehrik-e-Insaaf in Gujrat today (Saturday) Ch Parvez Elahi said that shortage of water in Pakistan is due to Sharifs, dry rivers are established proof of Nawaz Sharif’s foreign policy, one who is not well-wisher of the country how he can be a patriot.

He said that Sharif brothers “Shaikh Chilli” like projects have surfaced before the people, people should ask them as to why Bhasha dam was blocked for ten years work on which we had started. He said those resorting to horse trading are today themselves its victim, Shehbaz Sharif who has been the chief minister for 10 years should tell the people as to what reforms he had introduced in jails that his brother Nawaz Sharif is today complaining about not getting facilities in jails, horse trader Nawaz Sharif is being treated in the manner today what he has been doing with others.

Ch Parvez Elahi said we live and die in Pakistan and that is why we serve the people considering it as a national duty, we will not disappoint the people if we got the opportunity in future also. He said that the country can progress only if the rulers are not corrupt, have fear of Allah and do every work thinking that Almighty Allah is watching them, this is the reason that as the chief minister I had undertaken such works in the history of Punjab and Pakistan which those who have been in the government thrice could not do.