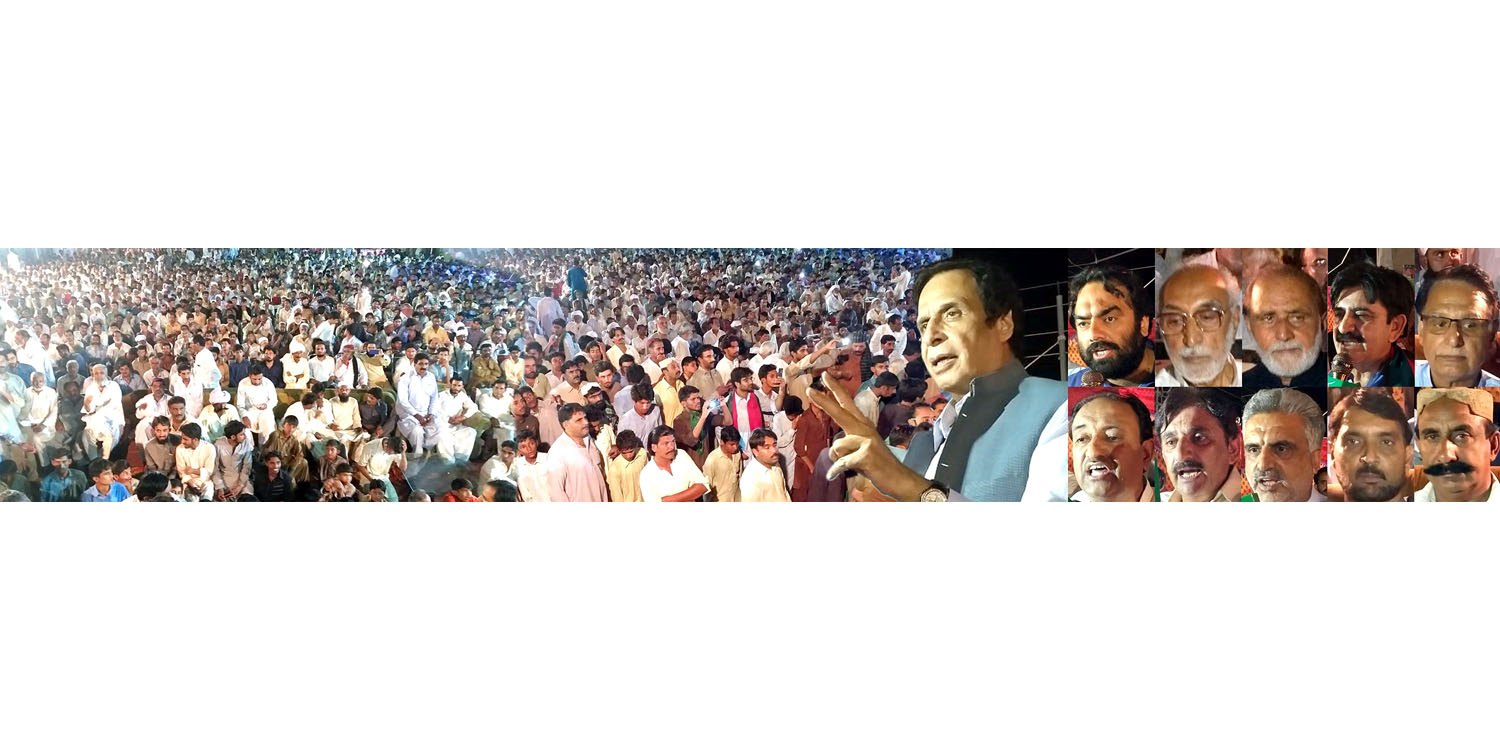 Vote for N-League means vote for Narendra Modi, patriots will never tolerate this

Lahore: 23-07-2018: Pakistan Muslim League (PML) senior central leader and former Deputy Prime Minister Ch Parvez Elahi while addressing a very big electoral meeting in NA-65 Talagang at Lavah today (Monday) has said that Nawaz Sharif is part of international conspiracy against the Pak Army, it will not be out of place to say that he is the main character, both brothers are playing the role of Mir Jaffer and Mir Sadiq.

He said that the Pak Army is the symbol of solidarity and security of Pakistan whereas N-League is furthering Indian agenda against Pak Army, for this I say that to vote for N-League is like vote for Nirendra Modi i.e. India, no patriot will ever tolerate this.

He said under the Constitution of Pakistan, the army is bound to help Election Commission, our patriotic people are standing shoulder to shoulder with the Pak Army, and we reject the Indian stance.

Ch Parvez Elahi said that objective of our politics is to provide basic facilities to the common and poor man, country can only progress when its people are prosperous, for the prosperity of the country and the people we all have to play our positive role.

Regarding strong defence of the country, Ch Parvez Elahi said that Pakistan is the only country among Islamic countries which has nuclear power, anti-Pakistan forces do not want that Pakistan should take any step for safeguarding the world of Islam, that is why after Iraq and Libya anti-Islam international forces are running hate campaign against army of Pakistan which we will not allow to succeed under any circumstances.