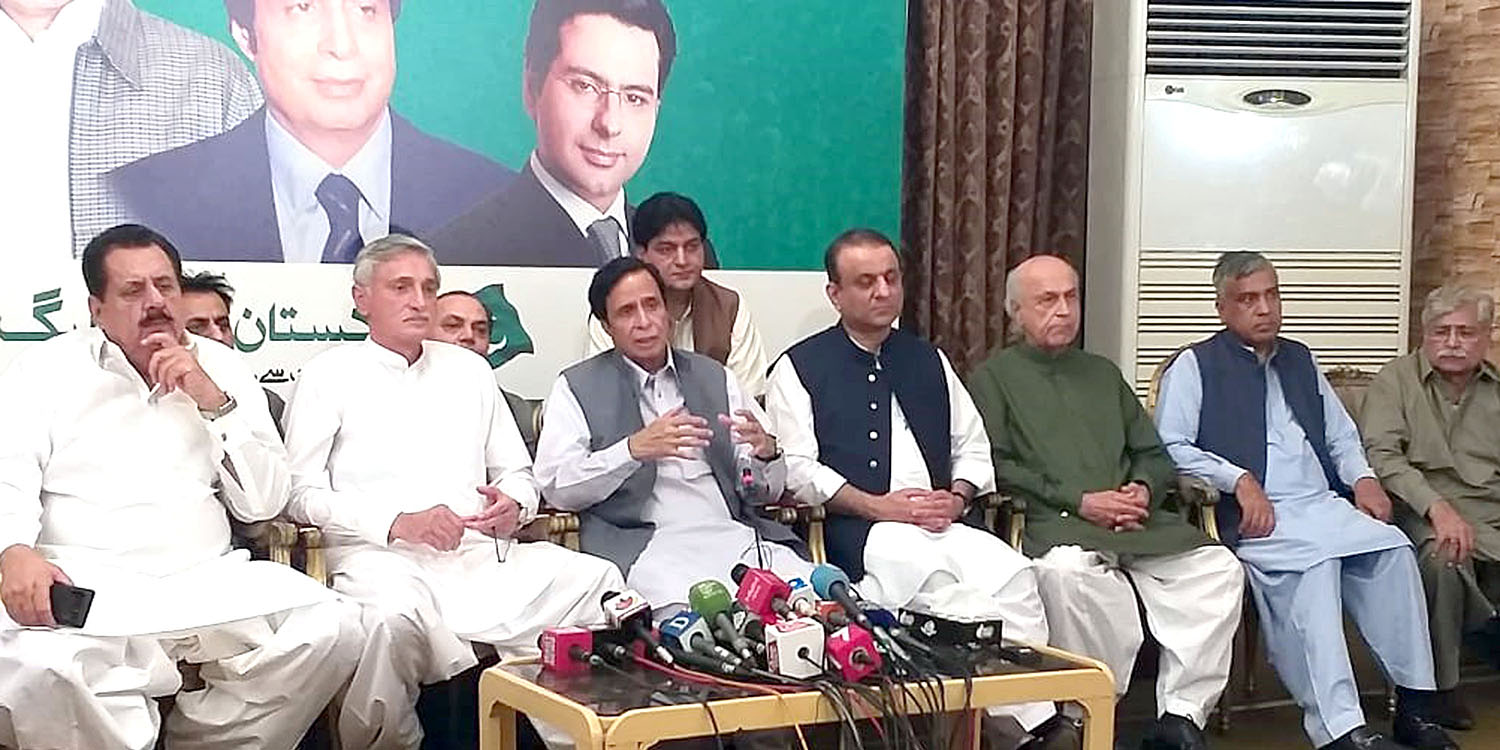 Hold talks about election of Speaker and Deputy Speaker, consultations to continue

Shehbaz Sharif worked like Sheikh Chiilli, destroyed the province, will bring new local bodies system, give powers to the lowest level, talk with the media

Leaders of both the parties exchanged views about the election of the Speaker and Deputy Speaker and challenges to be faced in future.

Talking to the media, Jahangir Tareen said that he has come to express gratitude to Chaudhry Sahibaan for their support to PTI in the Centre and in the province.

He said that Ch Parvez Elahi did the best government and undertook ideal works in the Punjab, Shehbaz Sharif had virtually destroyed the province in 10 years, now we have to bring about improvement in all projects and sectors, besides the government Shehbaz Sharif also established 56 companies cases about which are being taken up by NAB these days.

He said that Shehbaz Sharif had closed the projects with plaques of Ch Parvez Elahi name whereas the works which had been undertaken by Ch Parvez Elahi between 2002 to 2007 had not been done till now, we will bring about new local bodies system in the Punjab and audit of every institution will be done.

Bring distribution of powers and funds down to the lowest level, Shehbaz Sharif Talking to the media, Ch Parvez Elahi said that during the meeting views were exchanged regarding situation in future in particular we discussed about the local bodies and there was consensus to bring about new local bodies system, Jahangir Tareen, Tariq Bashir Cheema and ourselves are linked with local bodies since 1983, Shehbaz Sharif has destroyed local bodies system very badly, under new system we will launched projects and did works like Shaikh Chilli in the province and financially rendered the province bankrupt, caused devastation at every level in health and hospitals, our intention, thinking and aims are right, circumstances will improve now, after securing the speakership my target will be working for the welfare of the province, country and common man, will take the opposition along, Punjab Assembly new building work had been completed up to 75 per cent now it will be completed, Shehbaz Sharif murdered 14 innocent people in Model Town, he should go to the place which he deserves. # 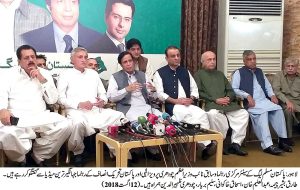