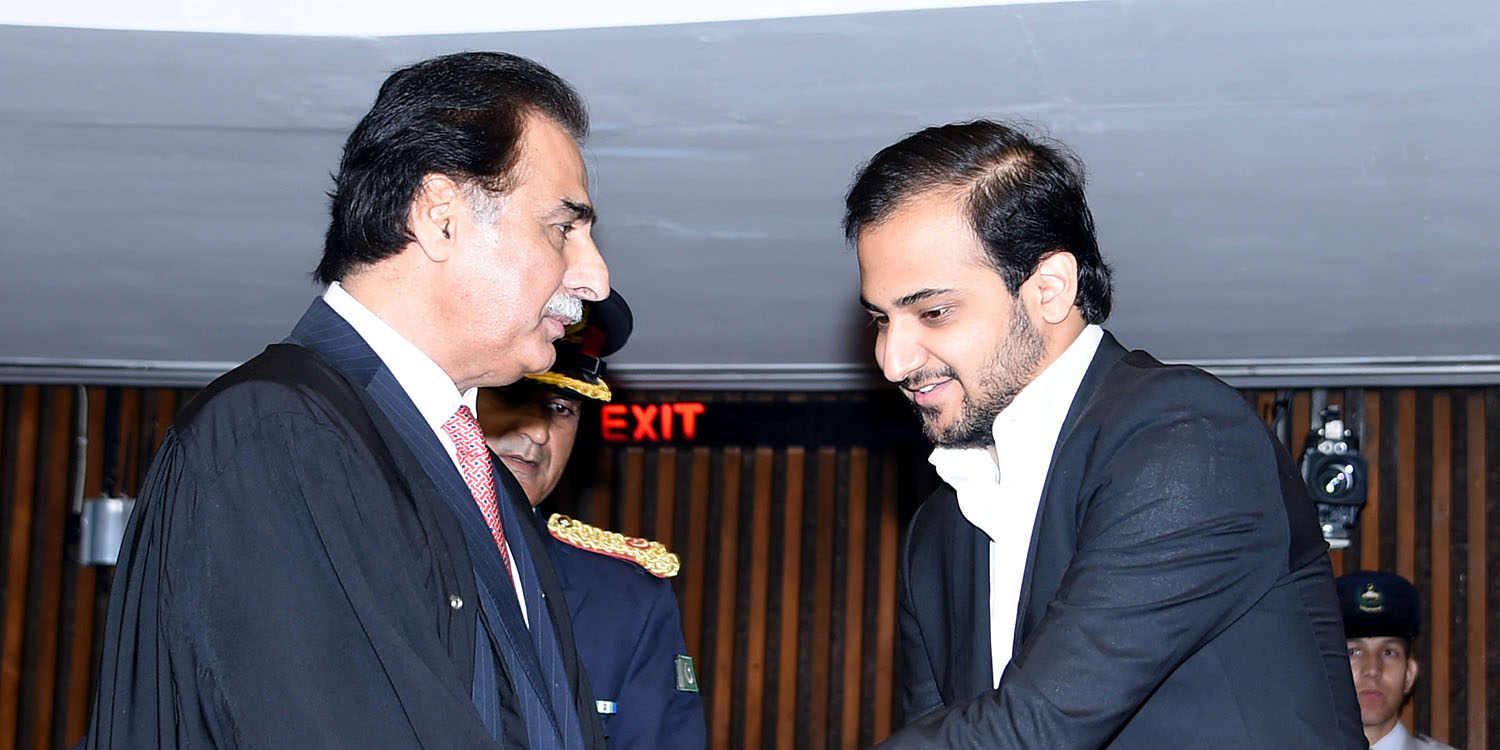 Will continue mission of serving Pakistan and the people: Ch Hussain Elahi

Lahore / Islamabad (August 13, 2018) Ch Hussain Elahi, aged 26 who took oath of the National Assembly as the youngest member of the Parliament in Islamabad today (Monday, has said that he will continue mission of serving Pakistan and the people.

Talking to the media Hussain Elahi, son of former Prime Minister Ch Shujat Hussain’s brother and former Federal Minister Ch Wajahat Hussain who has been elected from NA-68 Gujrat with majority of 37 thousand votes, said that on this most happiest occasion he is grateful to Almighty Allah and the people of his constituency from the depth of his heart who have blessed him with this honour, I pray that I should be able to come up to the expectations of the people.

Responding to a question about his family background, he said that mission of all of us is to taking the country forward in the right direction and betterment of the people, my real success will be that I should be able to do something for betterment of his constituency and the people and for development and strengthening of the country.

He said that some people thought that on the basis of family politics, children and their children come forward but this is not so now, those hailing from a political family also have to struggle and work hard for five years. # 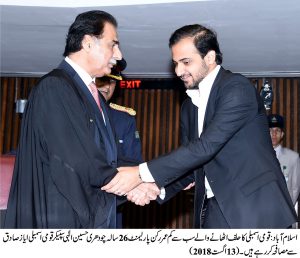