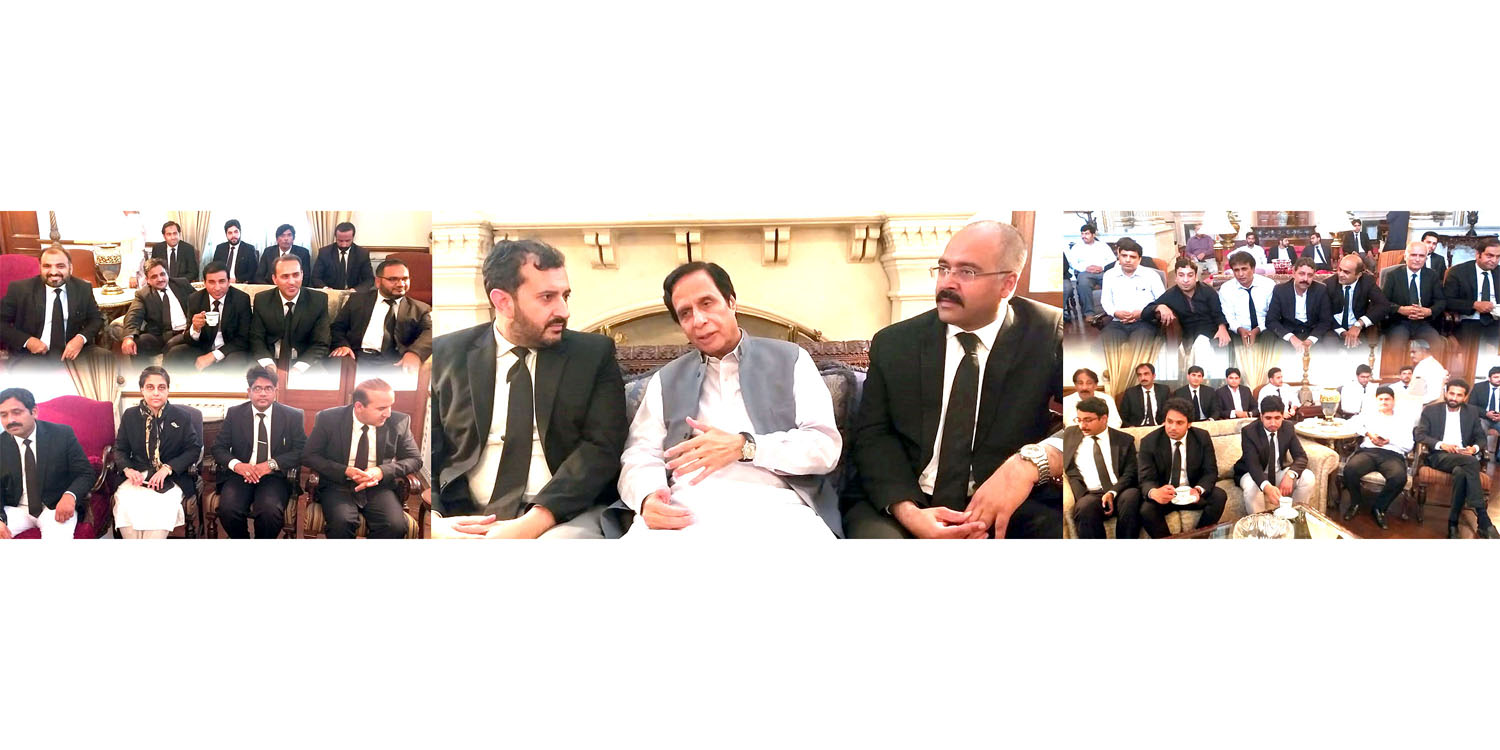 Institutions performance has fallen in 10 years, will have to work together

Lahore: 05-09-2018: Acting Punjab Governor Ch Parvez Elahi has said that lawyers’ community role in promotion of democratic traditions is quite appreciable, for ensuring provision of justice to the common man particularly the poor segment the lawyers will have to work voluntarily.

Lawyers’ delegation felicitated Ch Parvez Elahi on being elected as Speaker of the Punjab Assembly and presented him a bouquet.

Ch Parvez Elahi said that lawyers’ role in supremacy of the Constitution and rule of law is of key importance, institutions performance graph has come down in last 10 years and problems of the people have increased. He said that the problems of the people will be solved in preferential basis, merit will be ensured in the government institutions so that capable persons come to the fore, will have to work together for increasing performance of the institutions. He said that we have always done politics of service.

Lawyers assured him of their full cooperation in accomplishing the government policies. They also praised establishment of Rescue 1122 and welfare projects like provision of free medicines to the patients. #