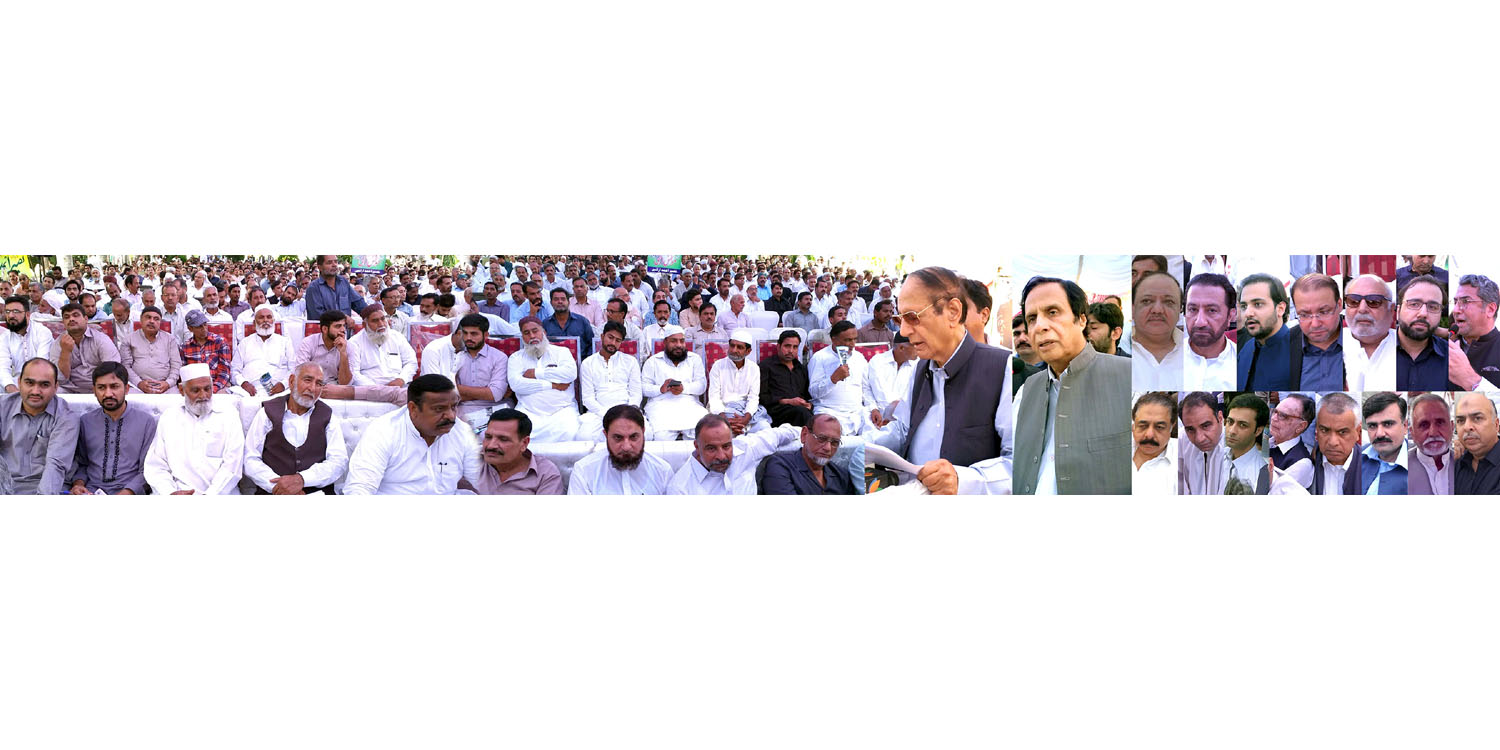 India has committed mistake by challenging best army and brave nation of the world, it will suffer in case of attack: Ch Parvez Elahi

Imran Khan intention is good and Almighty Allah knows the intentions, journey of peoples’ welfare and progress is being restored

Lahore/Gujrat: 25-09-2018: Pakistan Muslim League (PML) President and former Prime Minister Ch Shujat Hussain has said that we are not with any oppressor and murderer, moving onward carrying Ch Zahoor Elahi Shaheed mission whereas Ch Parvez Elahi said that army of Pakistan is the best in the world and Pakistanis are a brave nation, India has committed mistake by challenging.

They heartily thanked those all those personalities participated in 37th death anniversary of Ch Zahoor Elahi Shaheed.

Ch Shujat Hussain said that with the blessings of Almighty Allah and help of the people we are today successful, many people committed excesses with us but we kept ignoring all that because Almighty Allah alone is the forgiver.

He said I had promised last year also that will side with any oppressor and murderer and I am sticking to my this promise till today and repeat this promise again today.

He said that security of Pakistan is the dearest to us than our lives because of this as a Prime Minister I had said no to sending army to Iraq, I am moving forward carrying message of my father Ch Zahoor Elahi Shaheed, our entire family is present here today, respect and honour which the residents of Gujrat have given to us we can never forget that, residents of Gujrat should differentiate between own and strangers, those coming from outside cannot be our well-wishers.

Ch Parvez Elahi said that journey of service to the people which Ch Zahoor Elahi Shaheed had started 60 years ago today our third generation is carrying it forward, respect which the people particularly the residents of Gujrat has given to us, we are grateful to them after Almighty Allah, treatment of victimization which Shehbaz Sharif meted out to Gujrat in ten years is unparalleled.

He said that the Indian Army Chief threat is foolish, Pakistan is an atomic power, both the countries cannot afford a war, entire world recognizes the armed forces of Pakistan, if India committed mistake of war then it will have to pay the price. He said that Modi has his own problems, occupied Kashir is slipping out of Indian hands this is why they are giving such statements, Modfi has been trapped in corruption scandal and he wants to save himself by giving such statements against Pakistan but for safeguarding the motherland there will be only one voice which will be raised everywhere from Punjab, Sindh, Khyber Pukhtoonkhwah and Balochistan, the Indian Army Chief has started coming to senses as to which nation he has dared to challenge, every child of Pakistan is ready to offer every sacrifice for Kashmir cause, Insha-Allah Pakistan will become the voice of Islam because now there is no government of Ishaq Dar and Nawaz Sharif, intention of Imran Khan is good and Almighty Allah sees the intentions, everything will be set right gradually.

Ch Parvez Elahi said that Wazirabad Cardiology Hospital will not be started afresh, an engineering university will be established in Gujrat and also Gujrat-Lahore Motorway, Industrial Estate as well as a technical university. He said we will move along with PTI friends and all basic problems here will be solved. He said that work on new local bodies system has started, such a system will be brought that all will be satisfied.

Parliamentarians, Chairmen and Vice-Chairmen and large number of people from all walks of life as well as prominent figures of the four provinces and Azad Kashmir were prominent.