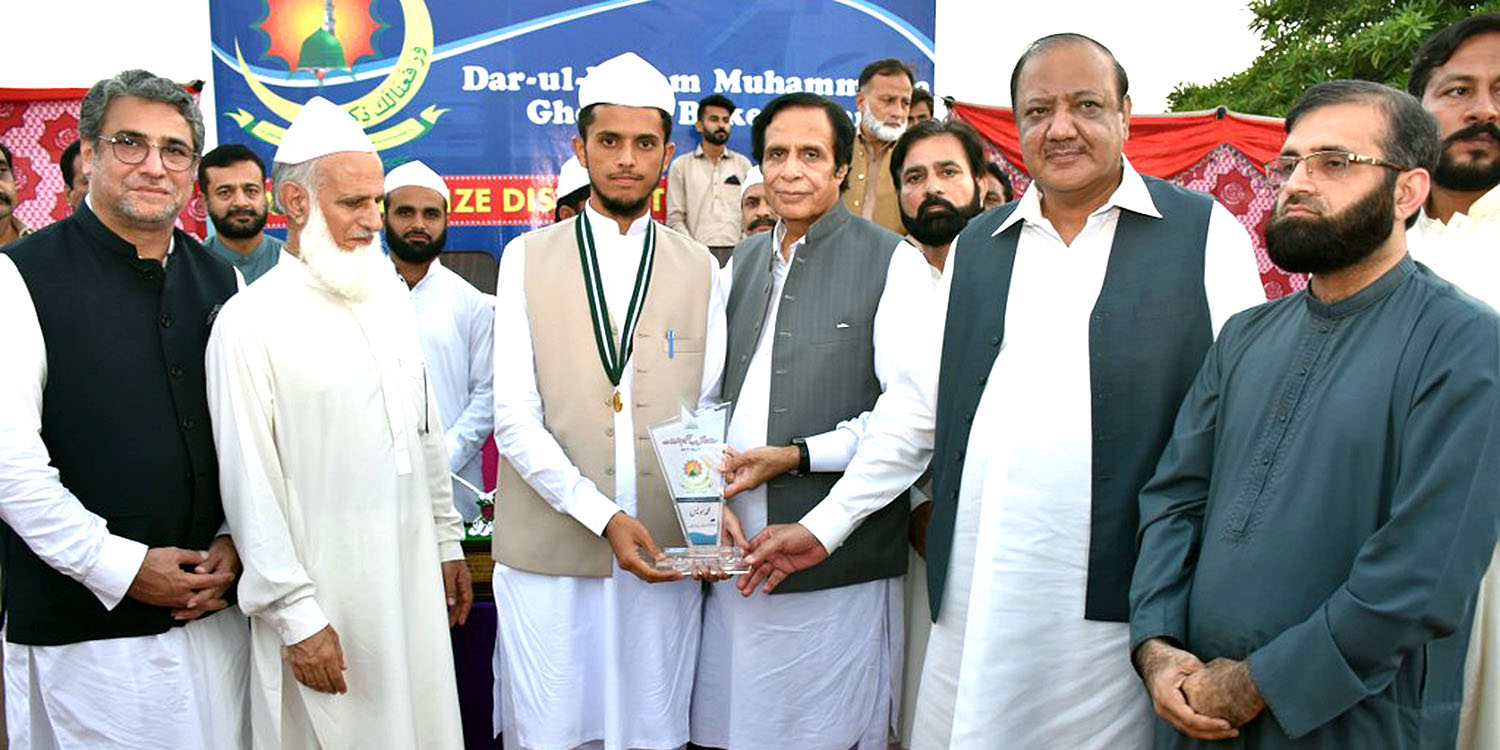 We defended “deeni madaris” and provided schools like facilities there: Ch Parvez Elahi

Ch Shujat Hussain did not let entry of religion omitted from passport, address at a function in Darul Uloom Muhammadia Ghausia

Lahore/Gujrat: 26-09-2018: Speaker Punjab Assembly Ch Parvez Elahi visited Darul Uloom Muhammadia Ghausia and presented a shield to the student who got gold medal in Gujranwala. Board.

Ch Parvez Elahi said that it is nice to see children being provided religious and formal education at one place, Syed Zahid Siddique Shah laid the foundation of this Darul Uloom and because of his hard work, dedication and positive thinking a student of this institution by getting gold medal has brought honour to Gujrat and this institution today, I pray that this process should continue and this institution be developed into a university.

He said during our tenure a campaign was launched against madaris which Ch Shujat Hussain and I not only stopped but got ulema of all schools of thoughts gathered and secured proposals from them and told President Pervez Musharraf that you are going to the UNO and tell there that best religious and formal education together is provided in the madaris of Pakistan, not training of terrorism, we sent this message to USA as well through Pervez Musharraf, then entry of religion in the passport was made again through the efforts of Ch Shujat Hussain, , in this regard I told the president that if any cab man comes to know that his president is not a Muslim he will stand up against you, this country has been created in the name of Islam and people who love Islam are here, on this Pervez Musharraf said that now religious education alongside formal education is essential, then facilities including free education which we provided in the schools in the Punjab, same facilities were also provided in the madaris, but afterwards the ill treatment which the next government meted out to our projects particularly education is before everyone, no emphasis was laid on girls education in south Punjab but our provision of monthly stipend resulted in greater enrolment.

He said our intention is very clear and focus of service is common man, grateful to Almighty Allah for again providing us opportunity to serve His creatures. He said that Insha-Allah Wazirabad Cardiology Hospital will be completed on priority basis, we have faith and trust in Almighty Allah, all were saying that minister has gone and that too has gone but we did not say anything, Ch Zahur Elahi Shaheed used to say not to mention “ehsaan” on anyone, if intention is good then Allah also helps. # 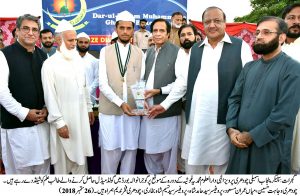