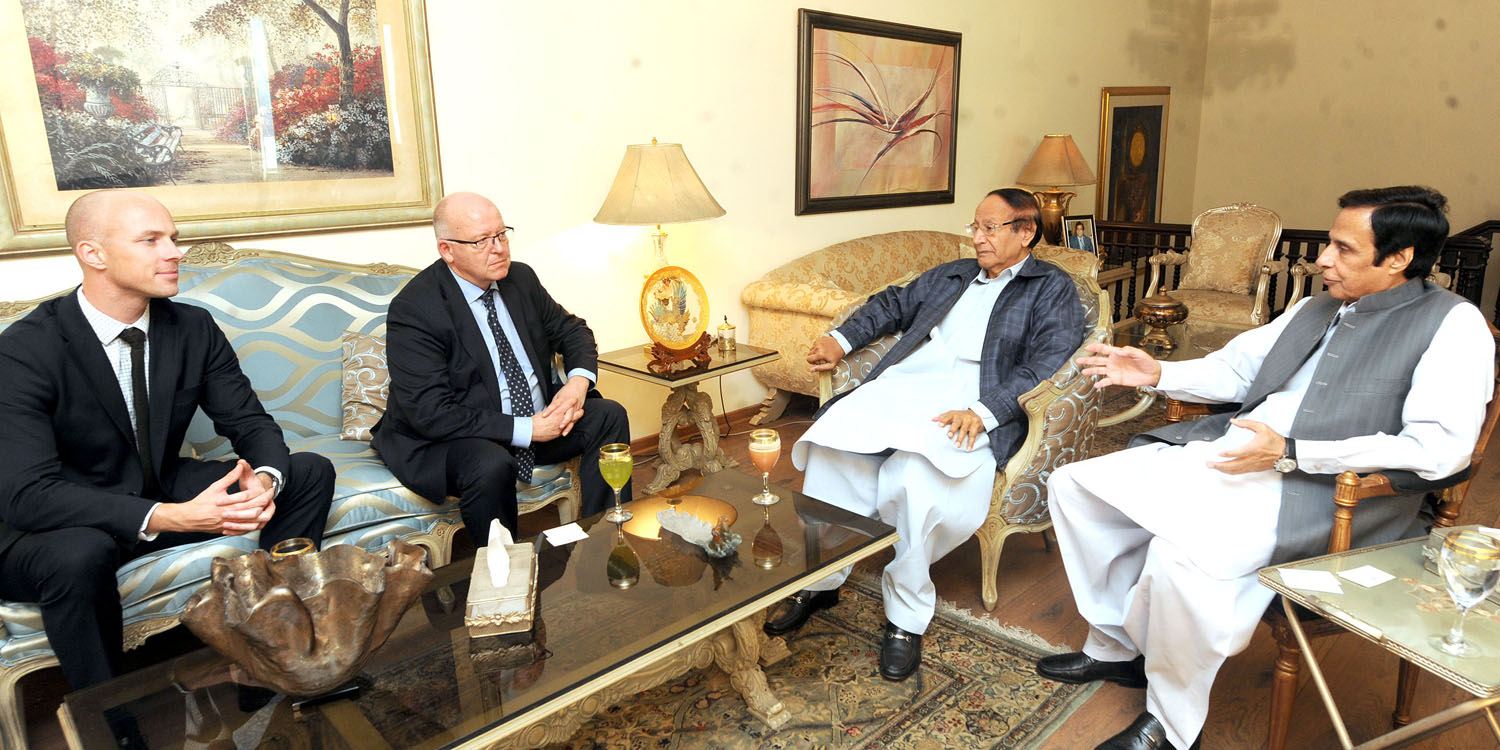 Express determination to boost bilateral relations and trade, Pakistan has great name in the region, Norwegian people like Pakistan very much

Whenever Gujrat is mentioned in Pakistan and outside reference to Chaudhry Sahibaan comes first in the mind, talk of Norwegian Ambassador during meeting

On this occasion, Ch Shujat Hussain and Ch Parvez Elahi emphasized on boosting bilateral trade between the two countries.

Expressing gratitude the Norwegian envoy said that even outside Pakistan when a mention of Gujrat is made reference to Chaudhry Sahibaan come into the mind first, Norway government wants improve relations with Government of Pakistan and also on diplomatic level. He said Pakistan has great name in the region, people of Norway like Pakistan very much. # 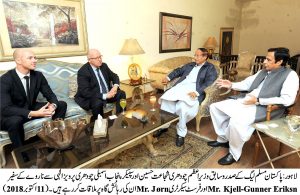