Breaking News
Home / News / English News / Maintaining respect and prestige of the members and running the House according to the rules is my responsibility: Ch Parvez Elahi 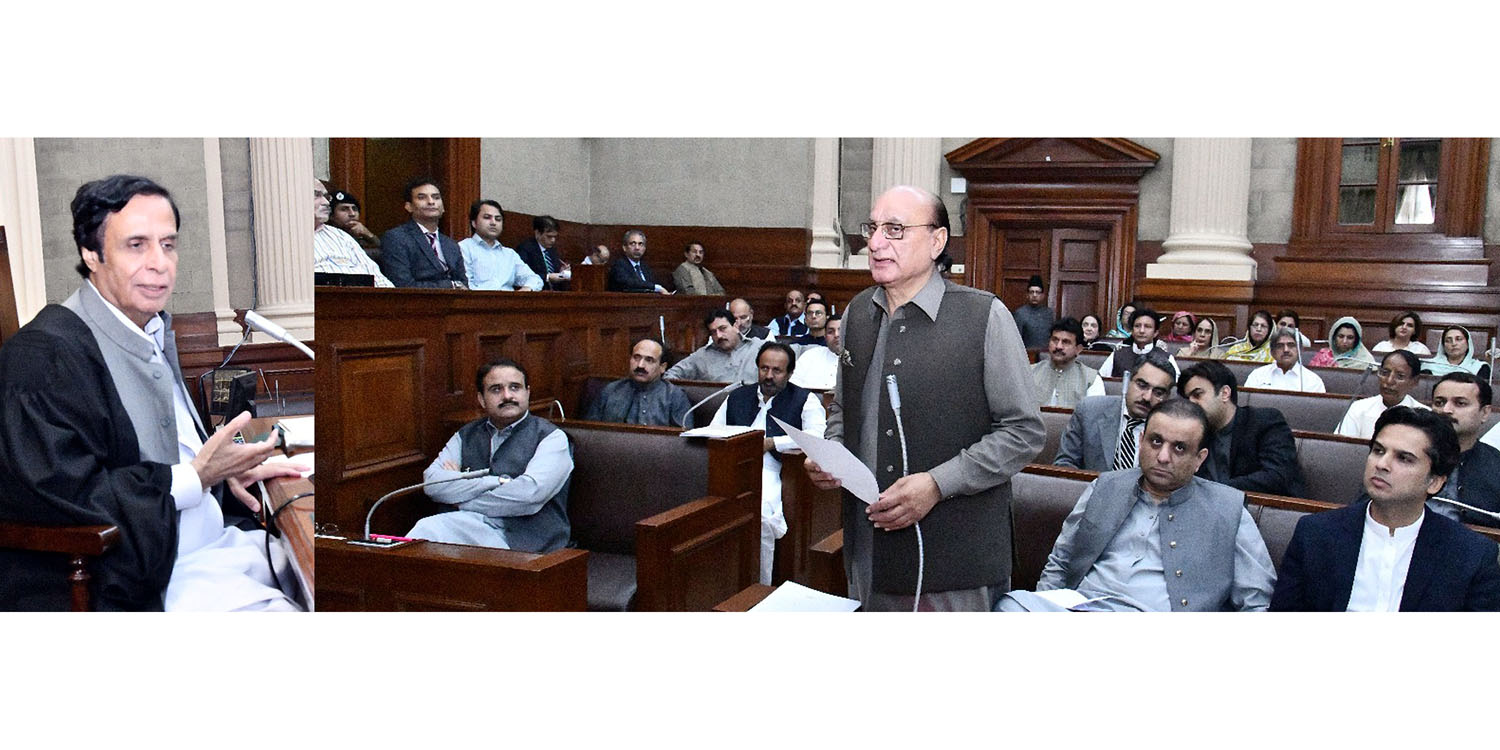 Maintaining respect and prestige of the members and running the House according to the rules is my responsibility: Ch Parvez Elahi

Use of low language due to lack of training against the Speaker elected by votes of the members is shameful, Members tribute to the Speaker during discussion of Privilege Motion

Lahore: 22-10-2018: Speaker Punjab Assembly Ch Parvez Elahi has said that that maintaining the respect and prestige of the Members and the running the House in accordance with the Constitution and the Rules of Procedure is my responsibility which will be fulfilled after all.

He said this while speaking on the Privilege Motion moved by Sajid Ahmad Khan and other Members against hurting the prestige of the House by the Opposition Members.

During discussion on the Privilege Motion, number of Members said that use of low language due to lack of training against the Speaker elected by the members vote is very shameful whereas the role of Speaker Ch Parvez Elahi is quite appreciable.

Ch Parvez Elahi said that on October 16 lowering of the prestige of sacred House by the Opposition members is very shameful, 12 Members had shattered the peace of the House out of which 6 were identified and legal action taken their entry into the House till the end of current session was banned and doing so I had fulfilled my duty, for further probe into October 16 incident a Committee is being constituted which will probe the matter honestly and submit its report in the House, all Members are under the Constitution and Rules of the Procedure of the Assembly, as a Custodian all Members are equal in my eyes, I cannot allow any member throw dirt on the person of any Member.

Presenting the Privilege Motion it was stated by the Members that running the proceedings of the House in organized manner under Rules of Procedure article 223, 224 and other rules is the responsibility of the Speaker and if any Member despite being advised by the Speaker repeatedly violate the rules then the Speaker under article 210 can pass an order against him and it is compulsory to implement such orders, under Article 69 of the Constitution of Pakistan legal cover has been provided to the proceedings of the Assembly that it cannot be challenged at any forum and even in the court, protests do occur in the Parliament but on October 16 the atmosphere created the atmosphere in the Punjab was unprecedented, on that the Speaker in exercise of his powers suspended 6 Members from the session, in all the parliaments of the world Speaker has a status and respect, he is the Custodian of the House but Hamza Shehbaz Sharif challenged this step of the Speaker in a very mean manner and threw dirt on his person and leveled baseless and filthy allegation against him out of personal enmity, not only in Pakistan but also in the Parliaments of the world orders and rulings of the Speaker are not challenged anywhere, Speaker Punjab Assembly has been elected with the majority of votes of the peoples representatives, all Members are duty bound to honour and respect him and implement his orders but it appears from the use of so low and filthy language against the Speaker by the Opposition Leader that he lacking in upbringing somewhere otherwise the office he is holding, he would have thought thousand times for using such language about the Speaker, give respect to the vote is the slogan of the opposition but the Speaker of the Punjab Assembly has been elected by the votes of majority of the elected representatives of the Punjab, then where had gone the slogan of give respect to the vote had gone here?, the low language which the Opposition has used about the Speaker that has hurt the prestige of the entire House.

On this occasion, Law Minister Muhammad Basharat Raja said that during the budget session some Members of the Assembly had spoiled the atmosphere of the Assembly under a well-conceived plan and indulged in hooliganism which we condemn. He said that their hooliganism has caused loss of about Rs. 1 million, this loss should be met by the Assembly Members who are responsible for this incident. #