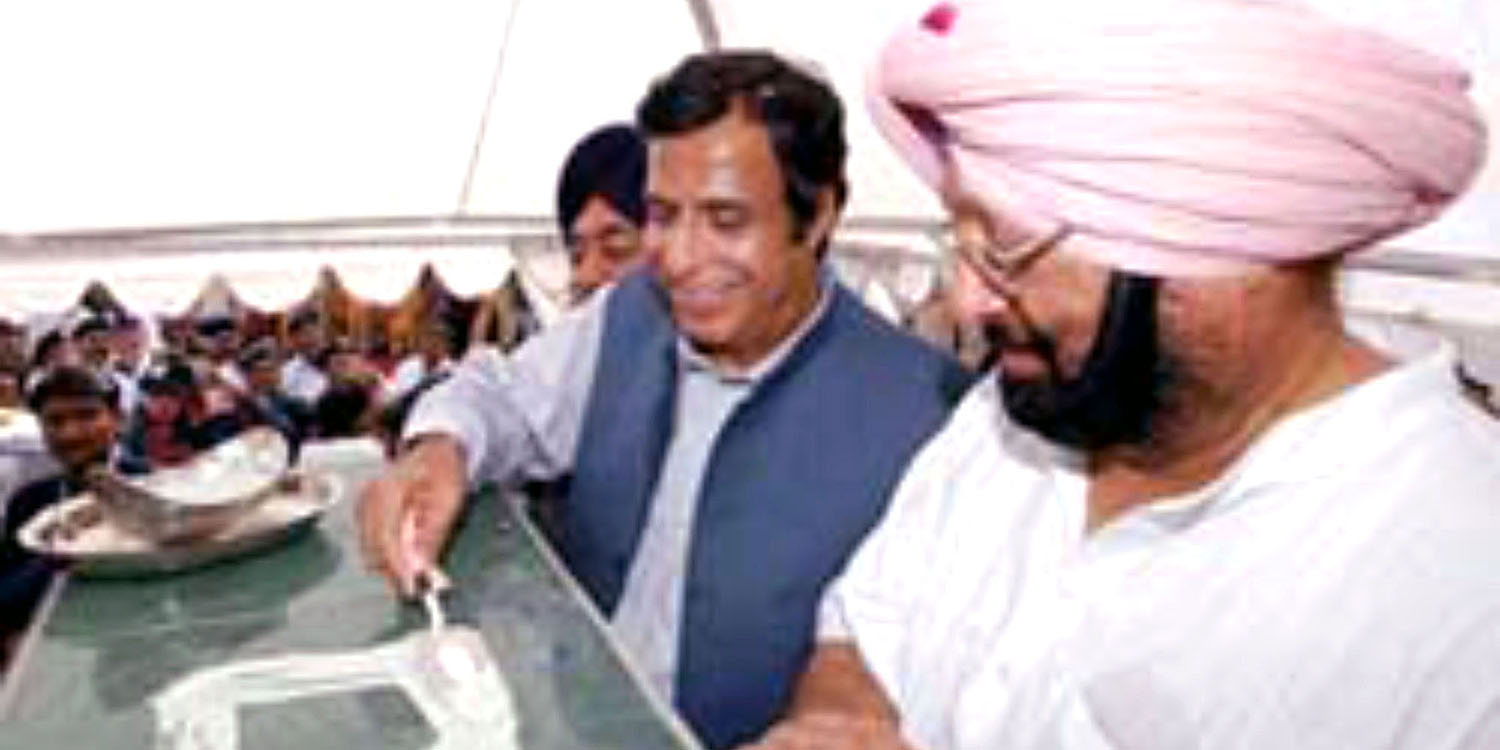 B-53, ASR - 170302 - MARCH 17, 2005 - LAHORE : CHIEF MINISTER OF PAKISTAN PUNJAB, CHAUDHARY PERVAIZ ELAHI AND HIS INDIAN COUNTERPART, CAPTAIN AMARINDER SINGH LAYING THE FOUNDATION STONE OF NANKANA SAHIB-MANAWALA ROAD IN LAHORE ON THURSDAY THAT WOULD ENABLE A BUS JOURNEY TO NANKANA FROM INDO-PAK BORDER WAGAH IN JUST 90 MINUTES. THE BUS BETWEEN AMRITSAR TO NANKANA SAHIB VIA WAGAH BORDER IS LIKELY TO BEGIN FROM "BAISAKHI". PTI PHOTO

Ch Parvez Elahi said that credit for opening of Kartarpur border goes to Prime Minister Imran Khan and Army Chief General Qamar Javed Bajwa. He said that Captain Amarinder Singh should pay a visit to Pakistan, I will also tour India. Both the leaders inquired about welfare of each other and family members.

In 2005, at the special invitation of Chief Minister Ch Parvez Elahi, Captain (R) Amarinder Singh had visited Lahore and here he along with Ch Parvez Elahi had laid the foundation stone of Wahgah to Nankana Sahib dual carriageway, Nankana Sahib was given district status also during his tenure whereas the road up to Gurdwara Kartarpur was also completed during Ch Parvez Elahi’s period and direct bus service between Lahore and Amritsar was also started. # 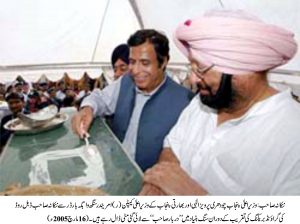