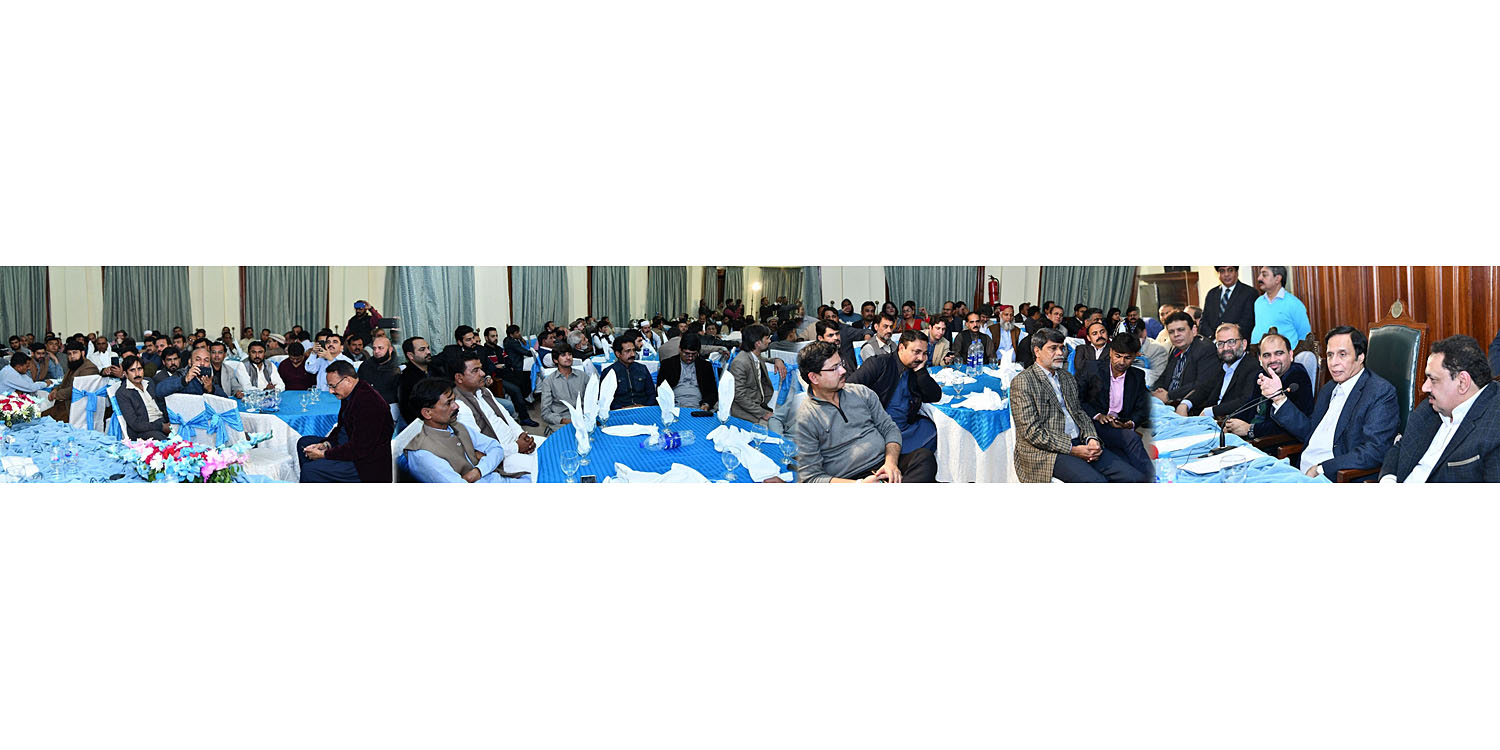 Imran Khan has formulated the policy for progress and prosperity, Insha-Allah promises will be fulfilled: Ch Parvez Elahi

He said this while talking to the delegations of Pakistan Federal Union of Journalists (PFUJ) delegations on the completion of 100 days of the government in the Punjab Assembly here today (Friday).

Ch Parvez Elahi further said that wellbeing of Pakistan lies in strengthening of Imran Khan, he is a leader with good intentions, if the ruler has good intentions then Almighty Allah helps and the country becomes stronger economically, we are with Imran Khan and his party, PTI is the biggest of all parties and chief minister-ship of Punjab was its right, in initial 100 days the prime minister has formulated his policy, now further headway is to be made under this policy, we have old relations with Chief Minister Usman Buzdar, he is a commoner and is aware about problems of the common man, Pakistan Muslim League is sincerely going along him and will make him successful, we never desert with whom we stand

Ch Parvez Elahi further said that Shehbaz Sharif scrapped our projects of welfare, persisting with enmity for patients did not allow even hospitals to be constructed, he did every work for securing cheap fame instead of farsightedness, we had left Rs. 100 billion in the treasury of Punjab, Shehbaz Sharif rendered the province bankrupt, during our tenure we wished Sharif family well and kept running their businesses also but during 10 years of his chief minister-ship Shehbaz Sharif got instituted false cases against us, but we have clean hands and because of this Almighty Allah helped us, Sharif family is in the grip of Allah because of its enmity towards people.

He said that I took progress reports every month about development works from the officers, made IT Department and IT Tower, established satellite link and call centres, out of all designs of different countries we liked design of California and not computerized number plats according to it, studied best bureaucracy of the world and Singapore model, we induced spirit of serving the people in the bureaucracy and for solving problems of the people ended undue interference, developed Lahore Zoo according to the international standard, established department and more than 160 centres for their welfare and well-being and fixed 5 per cent quota in the government jobs. He said that he is well aware about the problems of the journalists, established Journalists Colonies in Multan, Rawalpindi and Lahore, journalists supporting Shehbaz Sharif himself provided plots prior to the draw so that their children also have shelter, during our tenure of the government we undertook works which benefitted the common man, Rescue 1122 is the best service in the world working in emergencies, provided free medicines and other facilities in the hospitals, during our tenure injection costing up to Rs 20 thousand was given free.

Journalists leaders said that Ch Parvez Elahi had always supported the journalists, he established housing colonies in different cities and provided plots to the journalizing without any discrimination and solved their problems on preferential basis.

Ch Parvez Elahi said that he will talk to the Prime Minister and the Chief Minister for also including the journalists in the Naya Pakistan Housing Scheme, hopefully agreeing to his view houses will also be constructed for the journalists. #