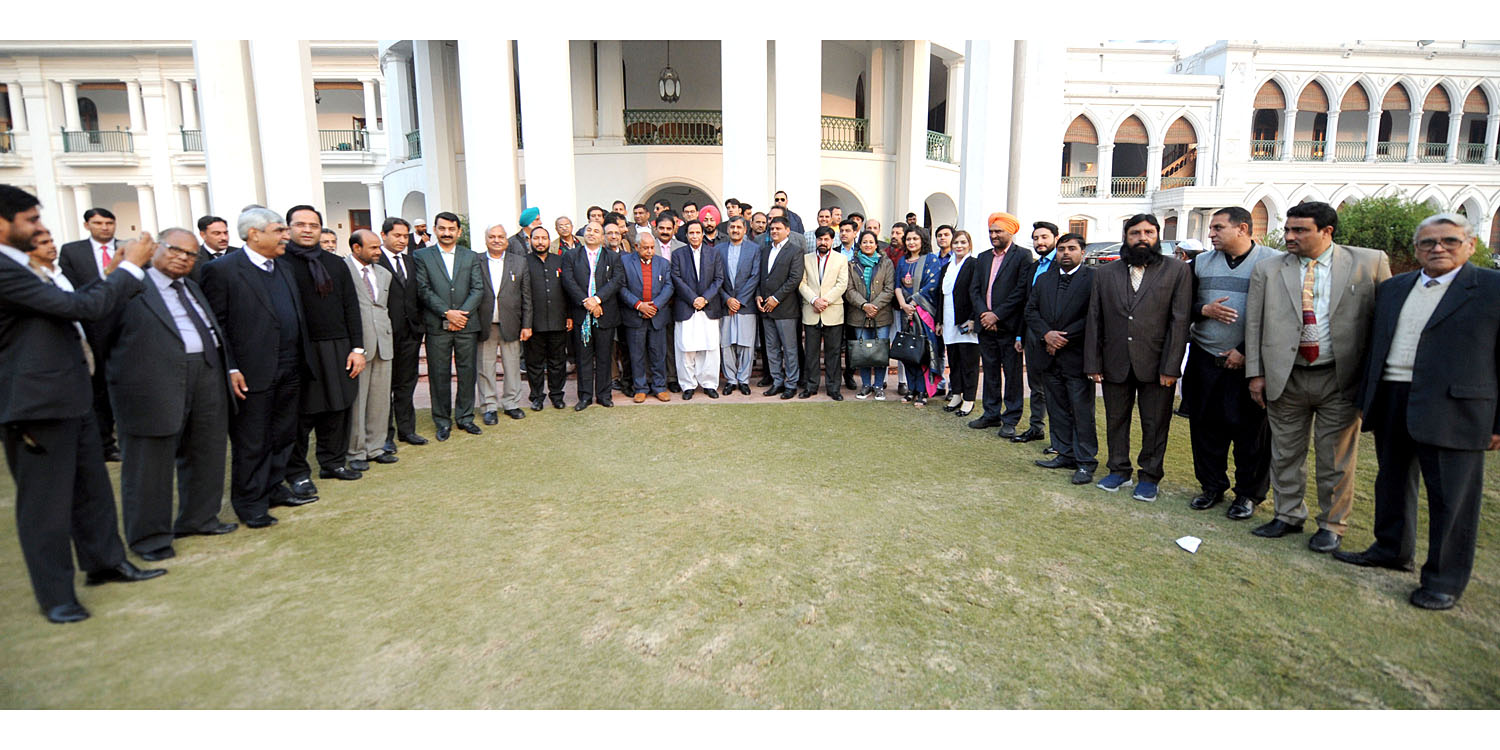 Going back with message of love from Pakistan, exchange of delegations will help in coming closer to each other: Partap Singh advocate

Lahore: 04-01-2019: Acting Governor Punjab Ch Parvez Elahi has said that Imran Khan soon after assuming the office of the Prime Minister had asked Narendra Modi for fitting together to resolve the matters, there should be headway in this regard, perhaps due to elections Narendra Modi had not responded positively to Imran Khan’s offer.

He said Prime Minister of Pakistan Imran Khan by opening the Kartarpur Corridor has embarked upon new journey of loves.

He said this while talking to a 22 member delegation of Indian lawyers which called on him under leadership of Partap Singh advocate at the Governor’s House here today (Friday),

The acting Governor Punjab said that Pakistan wishes to have peaceful relations on equality basis with all its neighbours including India. He said further that relations and contacts between people of Indo-Pak are essential, in this regard the lawyers who enjoy status of effectiveness in both the countries can pave the way for pleasant and brotherly relations. He said that journey of loves between the people of India and Pakistan should continue.

The acting Governor Punjab said that he was Chief Minister of Punjab he had launched Dosti (Friendship) Bus Service between Lahore and Amritsar, got dual carriageway constructed from Wahgah Border to Nankana Sahib.

Leader of Indian lawyers delegation Partap Singh advocate said that exchange of delegations between the two countries provide opportunity for coming closer to each other. He said they are going back carrying pleasant memories and message of love from Pakistan. Partap Singh said that on coming to Lahore, we felt as if we are sitting in our home. #