Breaking News
Home / News / English News / We undertook such works in Punjab which were never undertaken, did no victimization: Speaker Ch Parvez Elahi 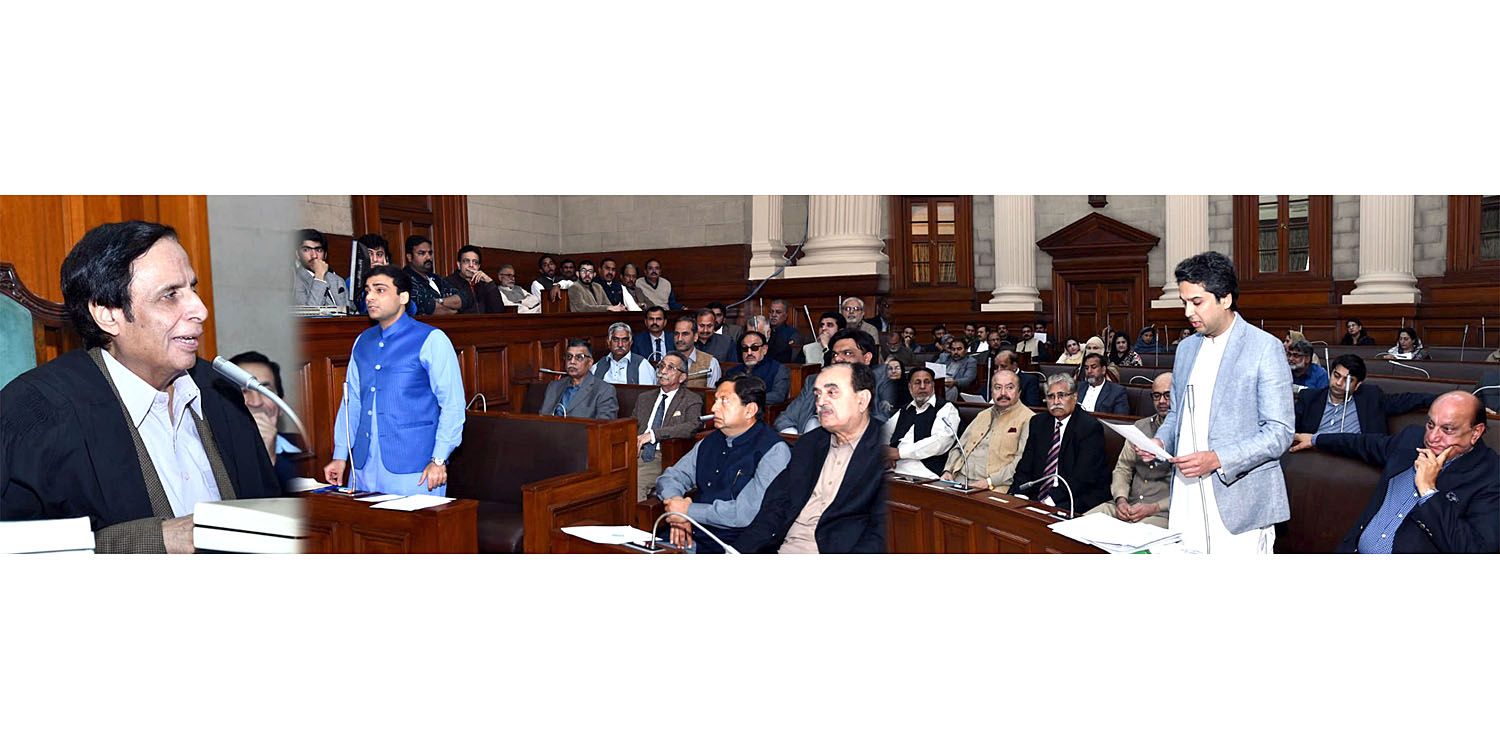 We undertook such works in Punjab which were never undertaken, did no victimization: Speaker Ch Parvez Elahi

We ended IMF programme, increased GDP growth to 8 per cent, but our good works were stopped instead being carried forward, everyone was given his due right, respond to Opposition Leader, Mr Speaker present government should have learnt from your experience, Hamza Shehbaz

Lahore: 11-03-2019: Speaker Punjab Assembly Ch Parvez Elahi has said that during our 5 years government in the Punjab we undertook such works which were not undertaken ever previously, no victimization was done against anyone, instead of carrying forward our good works were stopped.

After Opposition Leader Hamza Shehbaz had spoken, Ch Parvez Elahi said that the Finance Minister will tell about 6 months performance but I may state here that during 2002 to 2007 when I was the Chief Minister then similar circumstances prevailed then, instead of raising any hue and cry about the previous government we had ended the entire IMF programme in the manner that not a single paisa was left and all was returned to them.

During address of the Speaker, appreciative slogans were repeatedly raised in the House.

Ch Parvez Elahi said that we had got constructed 32 thousand kilometers long inter-city and farm to market roads, then our GDP growth rate had risen to 8 per cent, along with this we undertook such works without any victimization act against anyone which were never done earlier in the history of Pakistan, without closing anyone’s business we tried that everyone should be given his due right, for the first time 600 kil0meters concrete irrigation channels were constructed for the farmers, 50 per cent of electricity bills of agricultural tubewells was paid by the government which was never done previously or afterwards, established patrolling posts besides traffic wardens for lowering the crime rate, after us the situation worsened again, 500 such posts were to be established but their number did not go beyond 350, our other things which could be carried forward in a better manner but this was not done, if all patrolling posts had been established then ” Choto gang” would not have born, we had started rehabilitation work on Taunsa Barrage with a capacity of generation 100 megawatt of electricity but was not completed in last 10 years and if you wanted then in 10 years at least one barrage would have got constructed which would have been of great benefit, we started lining of canals in five years which could be carried further, in our tenure also funds were utilized to highest ever level of 98 m per cent in the history of Punjab, for the first time in history education was made free up to matric and books were also given free, started giving stipend in south Punjab which was never thought previously by anyone, formulated energy policy, small units were being established on the canals under energy projects which were to generate minimum of 200 to 250 megawatts of electricity, everything was done tenders were also floated which all were cancelled and after that nothing was done, if these things were carried forward then your government would have been beneficiary, , but I think what was done during our five years lot more could be done than this during next 10 years which was not done, you have talked about Kidney Lever Transplant bill about which has now been presented on which I have talked to the Law and Health Ministers and told them to hold consultation with the opposition and include their good suggestions in the bill.

In response to the address of the Opposition Leader, he further said that whatever we had done in five years if only you had followed those then lot good could be done, children of the poor would have gone to those 64000 schools out of which 10 thousand were closed down by Mr Shehbaz Sharif instead increasing their numbers, we had established Education Foundation with the assistance of World Bank which should have been taken onward, lot of work is being done through it and the people we had appointed there were fully empowered which afterwards also became Governor of the State Bank, there was no personal interest of ours with anyone, Ch Iqbal Sahib is sitting here he was our Health Minister, we got doctors posted everywhere in the health sector and also provided free medicines, in this regard formal announcement was made on the loudspeaker in Mayo Hospital, I had established 450 beds Surgical Tower in Mayo Hospital which also had 11 operation theatres, this was the Gowalmandi constituency of Begum Kulsoom Nawaz Sahiba and Nawaz Sharif Sahib and this should not have been closed down, but this was made function during the visit of the Chief Justice of Pakistan there, I had established Cardiology Hospital not in Gujrat but in Wazirabad which was for Gujranwala Division, all roads were constructed to facilitate patients coming there, there was no need to close it down either, you could have put on your plaque removing my plaque, you cannot imagine how many patients have expired only because this hospital was not made functional although you could have enmity with me politically and not with the patients, likewise the Assembly building matter is before you all, our sitting condition here is also before you, opposition members are also sitting here, you have seen that Assembly building was state of the art, if you had got it completed during your tenure then credit would have gone to you, . See when we make honoured members sit in the gallery above they say why they have been made to sit there, all these things are moments of thoughts, there is need to learn from this.

Opposition leader Hamza Shehbaz Sharif said on a point of order said Mr Speaker I have listened all your saying in a very positive manner, I have mentioned here 1122 second time, I am requesting you that this healthy discussion, this patience and courage should be on the other side in the government benches, we should learn from each other, in this manner Pakistan of the Quaid-i-Azam will be enlightened, but I must say here that if they had felt your experience in 8 months then this would not been state of the province in these 8 months. #