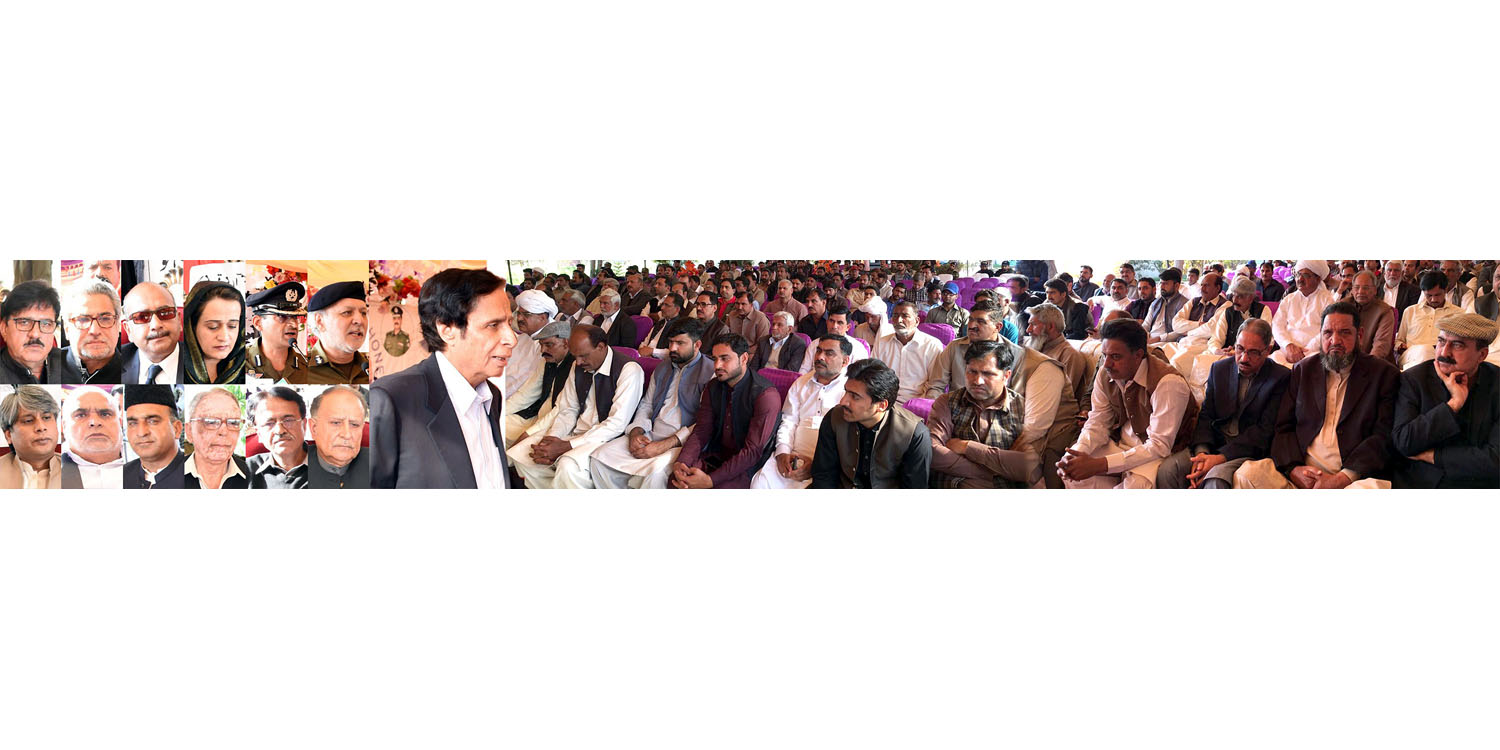 False cases of Sharifs’ era over, police should also do justice to my opponent: Speaker Ch Parvez Elahi

Reconciliation Committees will become bridge between police and people, new system of RPO, DPO and DCO appreciable, Gujrat will be safe city

Lahore/Gujrat: 19-03-2019: Speaker Punjab Assembly Ch Parvez Elahi has said that process of registration of false cases against political opponents of Sharif era has been closed, police should give justice to any opponent of mine in Gujrat, Reformation Committees will become bridge between people and police for genuine work, Gujrat will be safe city now after the new system Insha-Allah.

He was addressing inaugural ceremony of DSP Block in Police Station Saddar and talking to media in Gujrat today (Tuesday).

He said that I have seen change in the police after 10 years. Appreciating the performance of RPO Gujranwala Tariq Abbas, DPO Gujrat Syed Ali Mohsin and DCO Gujrat Dr Khurrum Shehzad, he said that they practically working for changing the circumstance on which the people of Gujrat are grateful to Almighty Allah and them.

Speaker Ch Parvez Elahi further said that I and you know that with how much difficulties and pains we have spent last 10 years, RPO heartily wants to bring about change and beginning in this regard has been made from Gujrat, measures taken to make Gujrat safe will greatly help in apprehending proclaimed offenders, during 10 years action was taken only on cases of vengeance and we got relief from the courts, police encounters and vengeance cases were in full gear, there was nobody to listen.

Ch Parvez Elahi said that I as the Chief Minister Punjab had not taken any act of victimization against anyone and say it now also that action and justice should be done on merit even if he may be my brother, we have to give justice even to our opponent only then the people will get justice, we all together have to cooperate with the police and have to make our city of peace.

He said for controlling crime I had established 350 patrolling posts which had greatly reduced the crime rate but unfortunately Shehbaz Sharif could take up the fixed limit of 500 and then this was the reason that incidents like Chotou Gang in Rajanpur and Model Town took place, we had never called in the Rangers, had introduced Traffic Warden system which greatly helped in improving traffic system, I had strictly stopped the police encounters saying that the police should make arrests and leave rest to Allah and courts, people escape from dacoits but not from Dolphin Force of Shehbaz Sharif, they are wearing uniform of hilly areas.

Ch Parvez Elahi said that I have talked to the Chief Minister that all patrolling posts will be established.