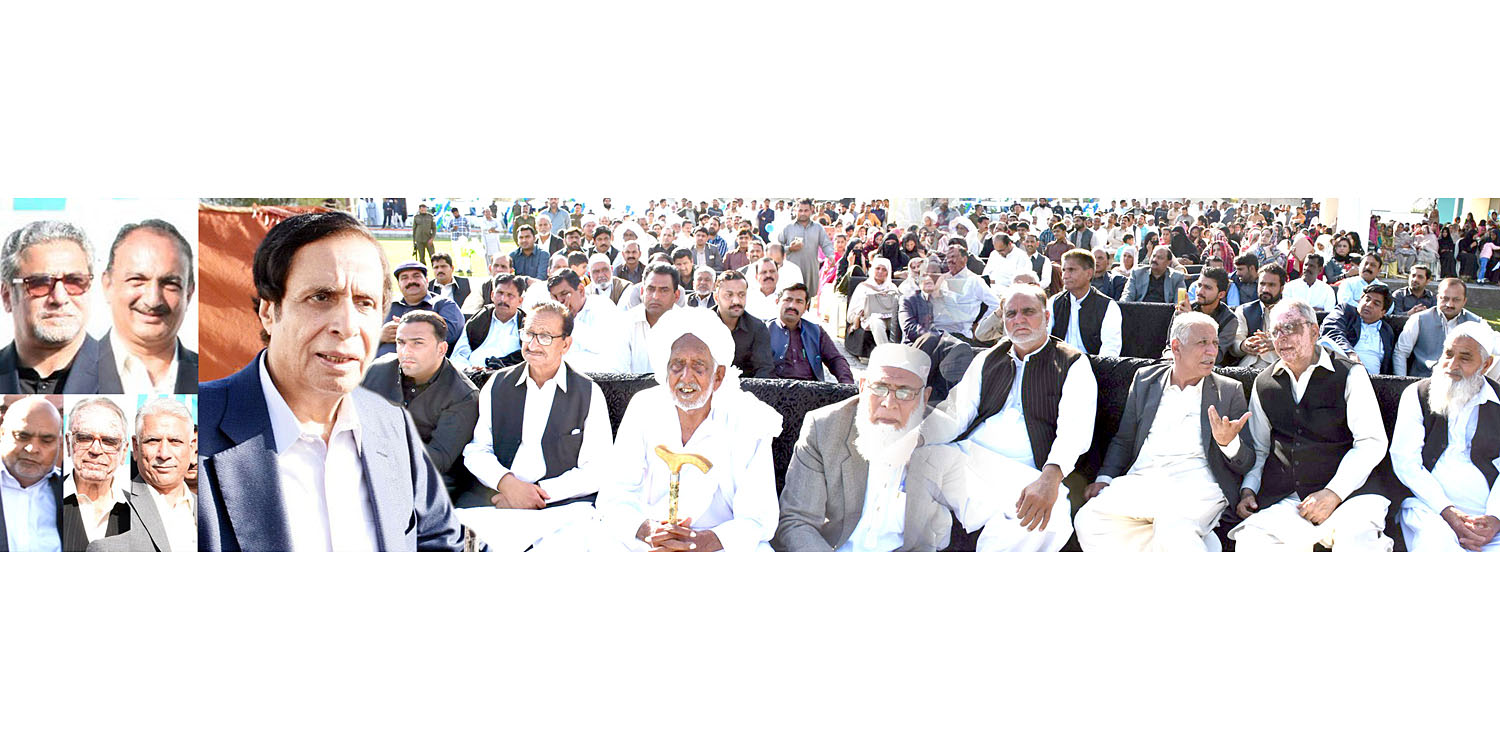 Ask Chief Minister Usman Buzdar to start work from where we had left, address at school inauguration

Lahore/Gujrat: 20-03-2019: Speaker Punjab assembly Ch Parvez Elahi has said that we had provided free education, books and stipends for bringing the children of the poor in the government schools but I am grieved that contrary to our measures Shehbaz Sharif had closed 10 thousand schools where children of the poor were getting education, I always ask Chief Minister Usman Buzdar that he should start from where we had left, if basic education is started from primary level only then the students can reach the universities and technical education institutions.

He was speaking at the inauguration of Faisal Campus of the Educators School in Gujrat today (Wednesday).

Ch Parvez Elahi said amidst clapping that we had established schools, colleges and Gujrat University like educational institutions, Gujrat University is state of the art where 17 thousand girls and boys are studying, pick and drop facilities for other cities are also available, it is my wish that no subject is left out which is not being taught here but unfortunately previous government did not provide not a single paisa for Gujrat University because he has never attached any importance to education, by establishing few “Daanish Schools” one cannot get education, today those schools have also failed like “Neeli, Peeli Taxi” and Mechanical Tandoors, we always made projects for the welfare of common and poor man, established 1122 Emergency Service for the first time in history, provided free medicines in emergency, I had left surplus of Rs 100 billion in Punjab, today not only treasury but everything is empty rather deeply under debt, nothing like this had happened during our tenure but today four, four patients are lying on one bed, Dinga Road on which we have come today is the same which I had got constructed 10 years ago, such is the condition all over Gujrat, I have to say this regretfully that what the local representatives have been doing, if they could not say anything to their chief minister then at least could ask to get their roads repaired.

Ch Parvez Elahi further said that I feel happy by visiting an institution linked with education, when I was establishing the Gujrat University people were saying do not know what is being made whether it will run or not but when university was established Almighty Allah had blessed with lot of respect, when the rulers work with good intentions help of Almighty Allah is also there but when the rulers are dishonest and ill-intention then this is the condition with what Shehbaz Sharif had done with Punjab and Nawaz Sharif had with Pakistan.

He said that Prime Minister Imran Khan is a man of good intentions, he has love for the poor in his heart, Chief Minister Usman Buzdar also is a man of good heart and he fully realizes what are the needs of an individual of an ordinary home, Insha-Allah well work together for the welfare of the people. #