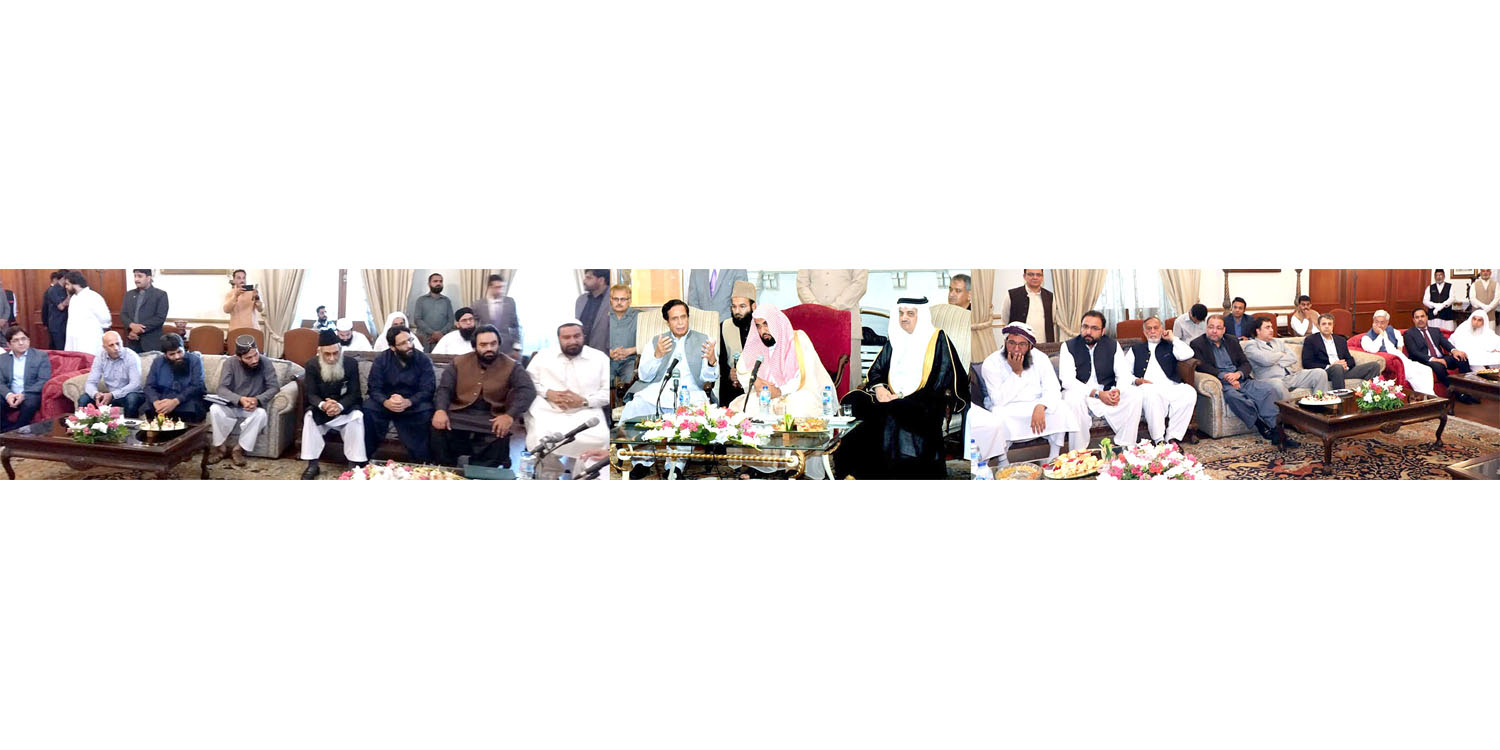 Speaking on the occasion, Acting Punjab Governor Chaudhry Parvez Elahi said Saudi Arabia is a binding force among the Muslim Ummah, adding no one could cause a breach in the relationship between Pakistan and Saudi Arabia.

Governor Punjab said every Muslim looks towards Saudi Arabia for religious sustenance and spiritual succor. He said message of peace and brotherhood emanates from the land of Saudi Arabia and Haram Pak, adding that Saudi Arabia’s role was vital in uniting Muslims and promoting brotherhood across the globe.

Chaudhry Parvez Elahi said that recent visit of Saudi Prince Muhammad Bin Salman was a great gesture of love, maintaining that the increase in Hajj quota and injunction to release Pakistani prisoners on the request of Prime Minister Imran Khan had won hearts of Pakistanis.

He said King Salman Bin Abdul Aziz lived in the hearts of Pakistanis, adding that he had visited Pakistan in the past when Chaudhry Shujat Hussain was Interior Minister and it is a matter of pride for all of us.

Saudi Arabia has always played a vital role in resolving disputes among the Muslim states and strengthening bilateral relations among the Muslim Ummah, he said and added that every Pakistani was committed to the security of the Holy land of Saudi Arabia and praised for the Saudi brethren.

Imam-e-Kaaba said that Pakistan and Saudi Arabia enjoy long historic ties which started with visit of King Saud Bin Abdul Aziz and have continued to the visit of Prince Muhammad Bin Salman.

He said Pakistan holds strategic and political importance for the world, adding that the visit of Ameer Muhammad Bin Salman has further strengthened the bilateral relations between the two countries. He said Saudi Arab has always stood by Pakistan as a leader, a friend and a benefactor.

Sheikh Abdullah Awad Al-Juhany hailed Pakistan’s role in the war against terrorism and eliminating extremism from the world.

Imam-e-Kaaba prayed to the Almighty Allah to protect Pakistan against enemies and make it a citadel of peace and harmony. He hailed the role of Saudi Ambassador to Pakistan Nawaf Saeed Al Maliki’s role in the success of his visit.