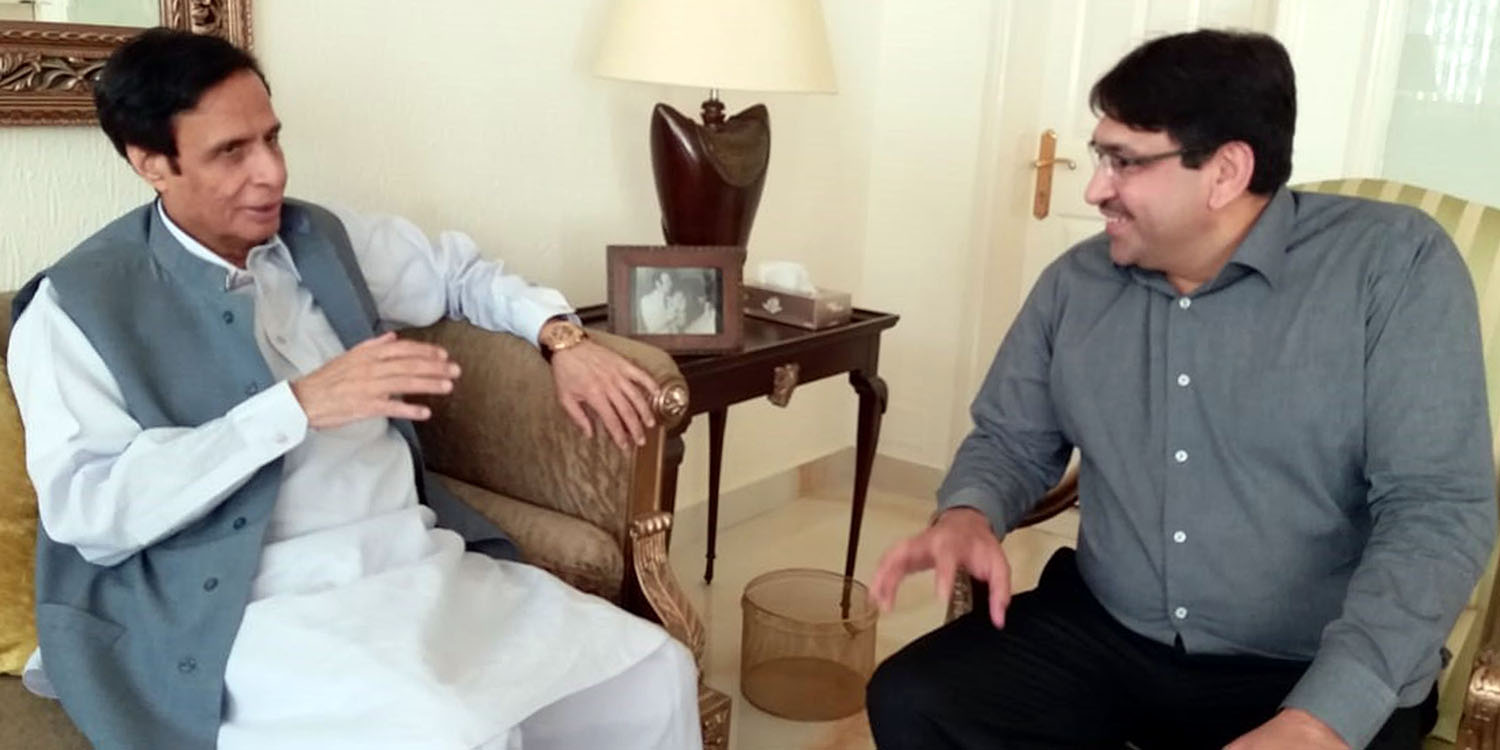 Together with Usman Buzdar network of development works will be spread in south Punjab: Ch Parvez Elahi

Journalists problems will be solved on preferential basis, Phase-II of Journalists Colony Multan will also be started soon

Lahore: 02-05-2019: Speaker Punjab Assembly Ch Parvez Elahi has said that the problems of journalists of Multan will be solved on preferential basis, for immediate solution of all problems of the Journalists Colony of Multan orders will be issued after meeting with Chief Minister Punjab Usman Buzdar.

He expressed these views during meeting with President Press Club Multan Shakeel Anjum who called on him here today (Thursday).

He said that the past rulers had not treated people and journalists of Multan and south Punjab properly and the Journalists Colony Multan which I had approved during tenure of chief minister-ship was intentionally slowed down. 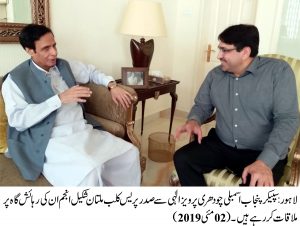