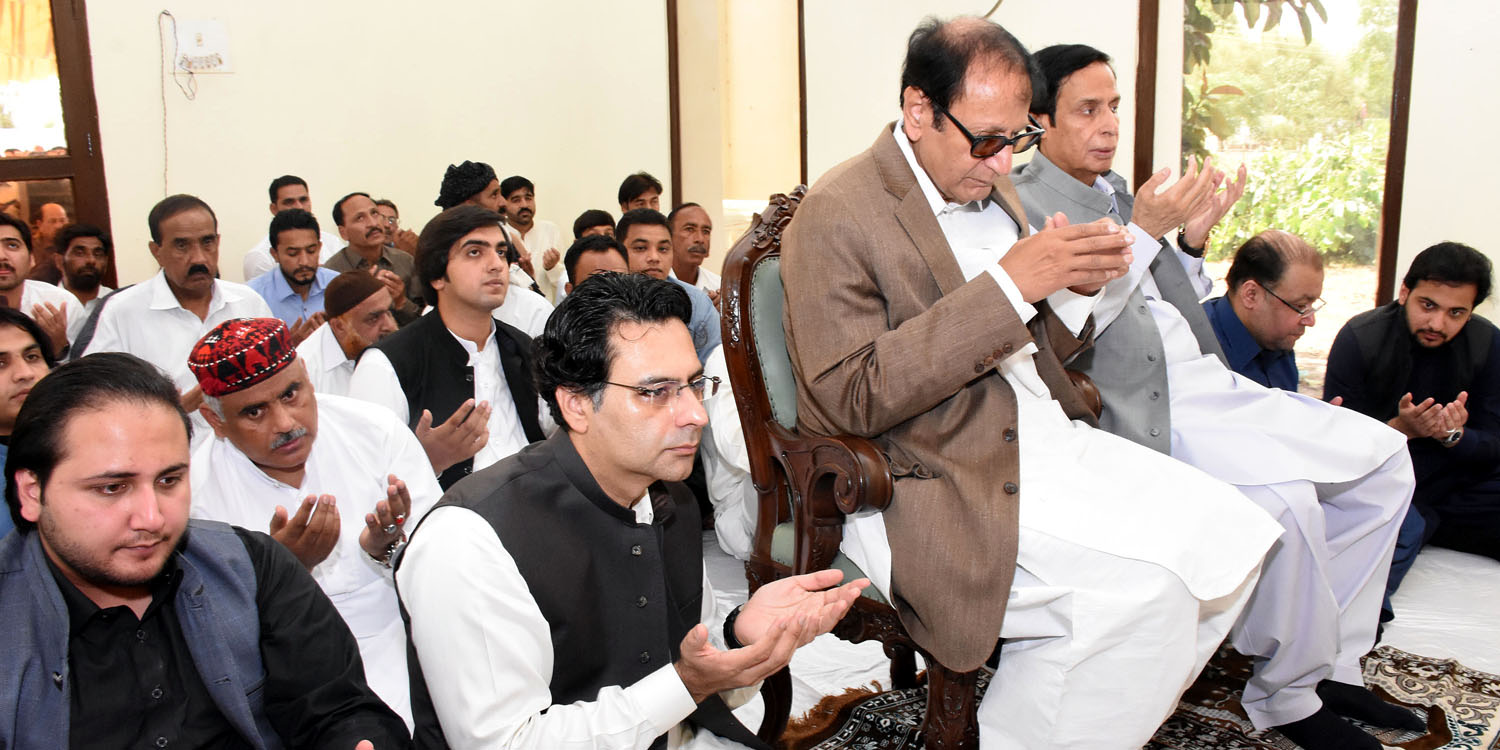 Past government dumped the country, making efforts for success of the Prime Minister: Ch Shujat Hussain

Advertisement should be given for Shehbaz Sharif; he is a runaway which is moment of thought for PML (N): Ch Parvez Elahi

Lahore: 07-06-2019: Pakistan Muslim League (PML) President and former Prime Minister Ch Shujat Hussain has said that the past government has dumped the country, we are making efforts for the success of Prime Minister Imran Khan, opposition has got nothing, of the workers and people come out for their problems then the opposition with cash their procession whereas Speaker Punjab Assembly Ch Parvez Elahi said that advertisement should be given for opposition leader Shehbaz Sharif, he has become a runaway which is a moment of thought for PML (N).

Talking to media after offering Eid prayers in Gujrat, Ch Shujat Hussain felicitated the entire nation over happiness of Eid, we should not forget the martyred of Pak Army and civil institutions on Eid who offered their sacrifices for the country.

He said that the past government had dumped and destroyed the country because the circumstances are bad; we are making efforts for the success of the Prime Minister.

Replying to a question, he said that if the workers or the people take out a procession about dearness and other problems then the opposition will get it cashed, opposition has got nothing on its own.

He said that there should be improvement in Indo-Pakistan relations. Talking about reduction in the budget by the army, he said that we are proud of our army.

Punjab Assembly Speaker Ch Parvez Elahi said that the opposition has the right to protest, the government has to solve the matters through consultations, there is no government which does not face problems, real test is only in these circumstances in which the government should work with its farsightedness.

He said that an advertise should be given for opposition leader Shehbaz Sharif he has become a runaway which is a moment of though for PML (N). Ch Parvez Elahi said that the people have their own problems and sorrows which the opponents can exploit, it is time to work wisely. Speaker Punjab Assembly said that in the budget the people should be given relief not pain. He said that Fawad Chaudhry has showed the moon, however, he is complaining about unelected moon.

Ch Parvez Elahi said that there is a hell of a difference between Justice Iftikhar Chaudhry and today’s matter.

The PML leaders also called for improvement in relations between India and Pakistan.

People hailing from all walks of life, important personalities, Muslim Leaguer leaders and workers and local body’s representatives in large number exchanged Eid greetings with them. # 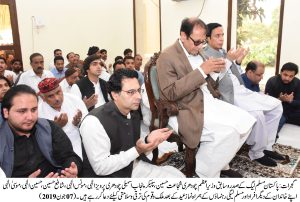