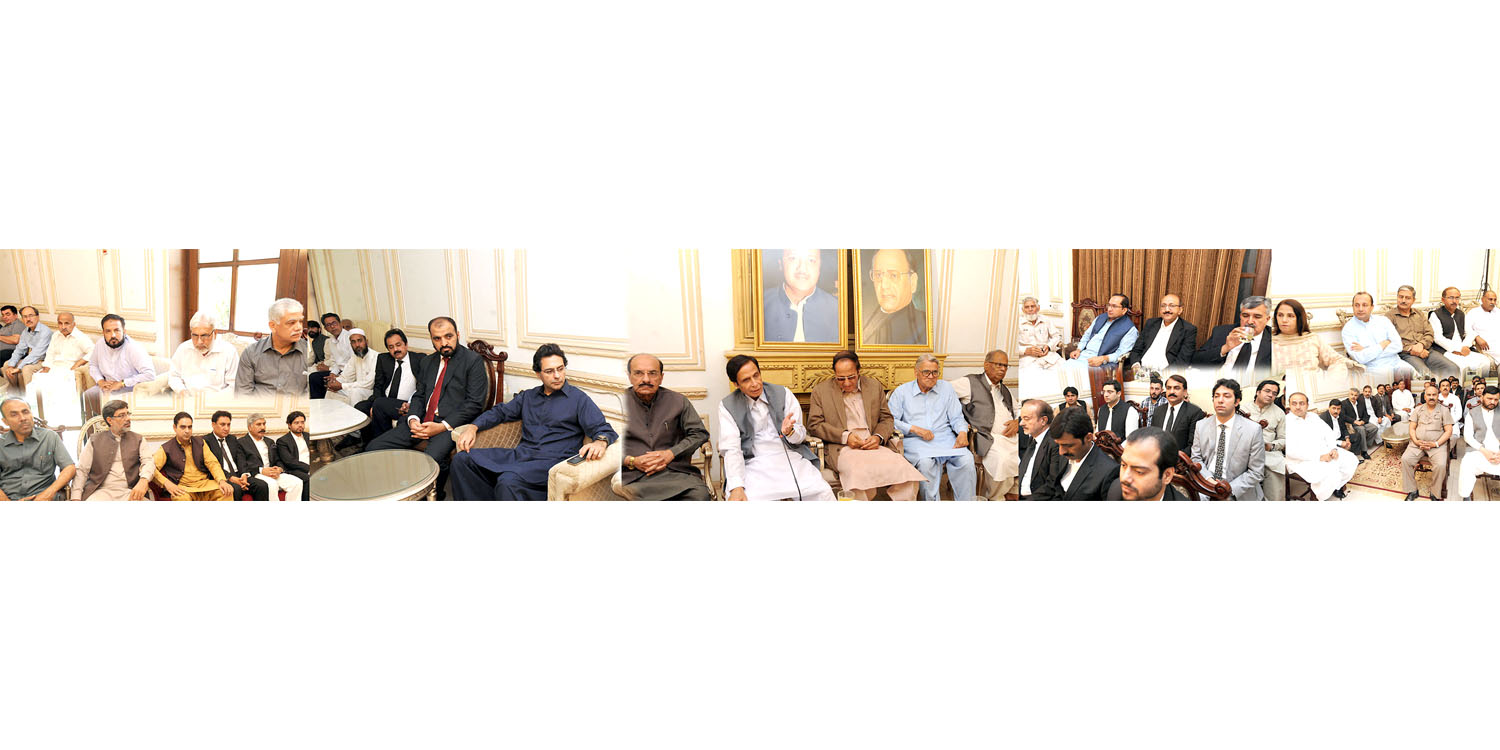 PML and lawyers have always cooperated with each other: Ch Shujat Hussain, Parvez Elahi

Our government in Punjab undertook historical steps for welfare and well-being of lawyers: Moonis Elahi

Felicitating lawyers’ community on Eid, Ch Shujat Hussain welcomed them from the depth of his heart.

Talking on this occasion the PML leaders said that the lawyers and Pakistan Muslim League (PML) have always supported each other, measures taken for the welfare and well-being of the lawyers community during our government are ideal and historical which included free treatment, establishing residential colonies for the lawyers, provision of special grants down to the bars at tehsil level, setting up of consumer courts and appointment of legal advisors in all departments among others.