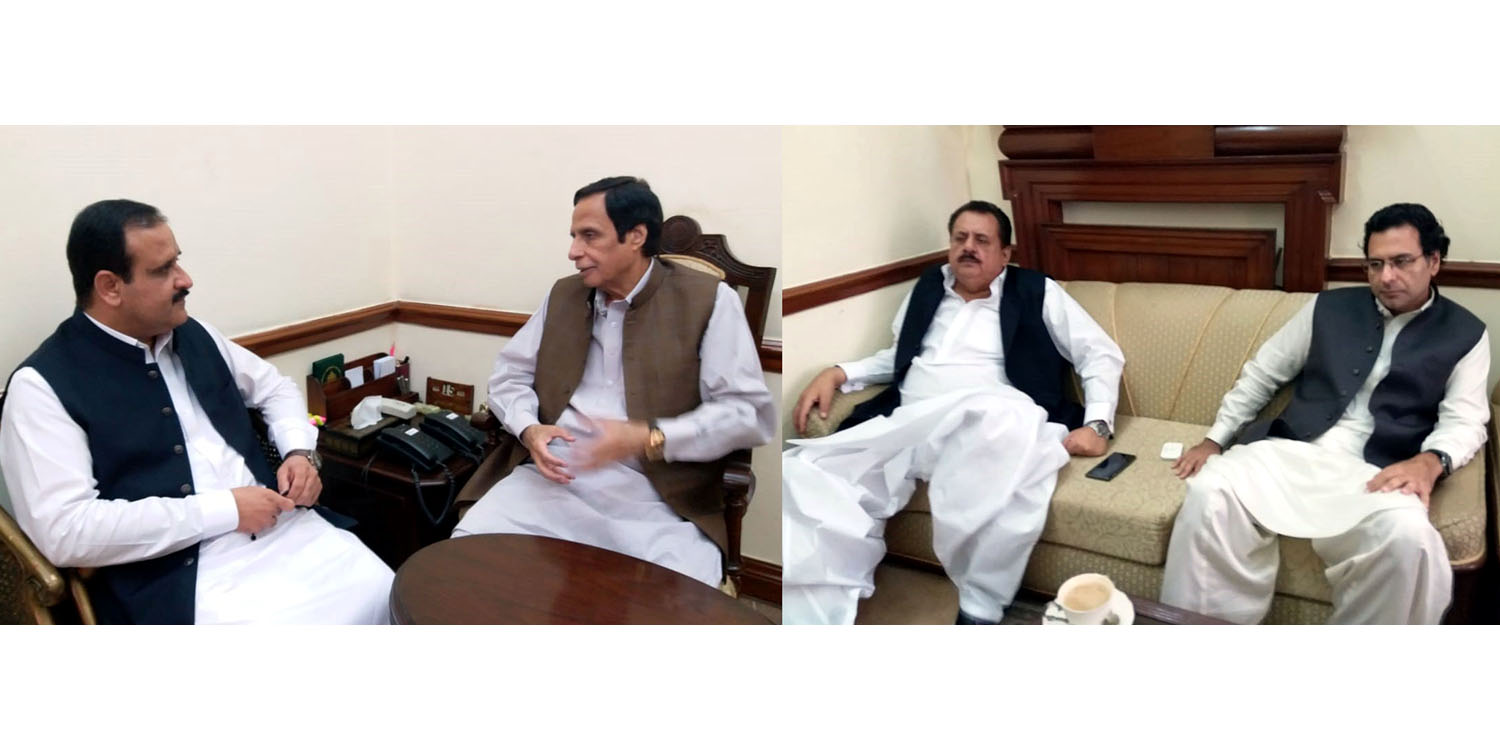 Tariq Bashir Cheema and Moonis Elahi were also present in the meeting, moving on the path for real change in Punjab according to vision of the PM, previous government halted welfare projects of my tenure out of personal ego, gave pains to the people instead of relief: Ch Parvez Elahi

During the meeting views were also exchanged regarding political situation and measures proposed in the budget besides other matters of mutual interest and both the leaders agreed on further improving the mutual working relationship for the welfare and well-being of the people of the province.

The Chief Minister said that during the budget speech opposition displayed non-parliamentary attitude, by presenting the best and balanced budget we have reflected the peoples aspirations, opposition is politicking on non-issues.

He said that in the previous era basic necessities and priorities of the people were ignored whereas the Tehrik-e-Insaaf government has for the first time rightly determined the peoples priorities and according to the vision of Prime Minister Imran Khan, Punjab is moving on the path for the real change, in the budget due attention has been paid to the real development projects for the welfare and well-being of the people because real change will come in Pakistan when changes comes in the Punjab.

He said that opinion of the MPAs will be given due consideration in the development projects, Pakistan is changing under leadership of Prime Minister Imran Khan, only leader like Imran Khan can pull country out of crisis, our intention is good and direction right, we are undertaking such works for the welfare and well-being of the people which the former rulers could not do years together, time to pamper the people through hollow slogans has passed, huge damage was done to the province in the previous era due to wrong priorities, people were given pain instead of relief.

Ch Parvez Elahi said that the previous government had tarnished and immensely damaged the province, due to wrong policy the province was bankrupted, projects of peoples welfare of my tenure were halted due to personal ego, due to delay in these peoples welfare projects common man in the province had suffered whereas present era is the peoples’ own era, now there is rule of merit and good governance and not of personal like and dislike. #