There is no other choice except Imran Khan for carrying country forward: Ch Parvez Elahi

Journalists community on every sensitive turn has offered all sorts of sacrifices for welfare of the country and the nation, address at Press Gallery Committee oath-taking ceremony

Lahore: 18-06-2019: Speaker Punjab Assembly Ch Parvez Elahi has said that there is no other choice except Imran Khan for carrying country forward, Usman Buzdar is our Chief Minister, he speaks less but very plainly, it is our ally government, we are fully supporting them and will continue supporting them, during our chief minister-ship the province was surplus of Rs 100 billion, Mian Brothers are in the grip of Allah they had rendered the country bankrupt, all their projects including Sasti Roti Scheme, Daanish School System and Saaf Paani have flopped, we had provided free medicines to the people instead issuing Health Cards, journalists community on every sensitive turn has offered all sorts of sacrifices for welfare of the country and the nation.

Ch Parvez Elahi further said that what Hamza Shehbaz’s uncle (Taya) in the centre and father has done in the province, such things are done by an enemy either whereas Rescue 1122, cardiac hospital and other institutions established during our tenure are all functioning.

Saluting the journalists offering sacrifices of their lives for the sake of truth, Ch Parvez Elahi said that the journalists play full role in effective contacts between the peoples elected representatives and the people, we are proud all our journalist brethren and sisters who appreciably played their role in the stability of Pakistan and are continuing jehad with their pen. He said that we will get the budget passed, Insha-Allah.

Press Gallery Committee President said that Ch Parvez Elahi has always taken care of welfare and well-being of the journalists for which we are grateful to him from the depth of our hearts. 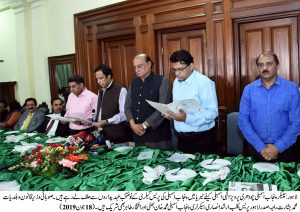 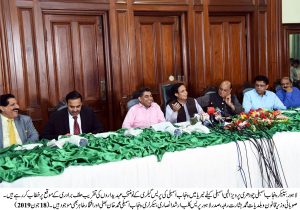