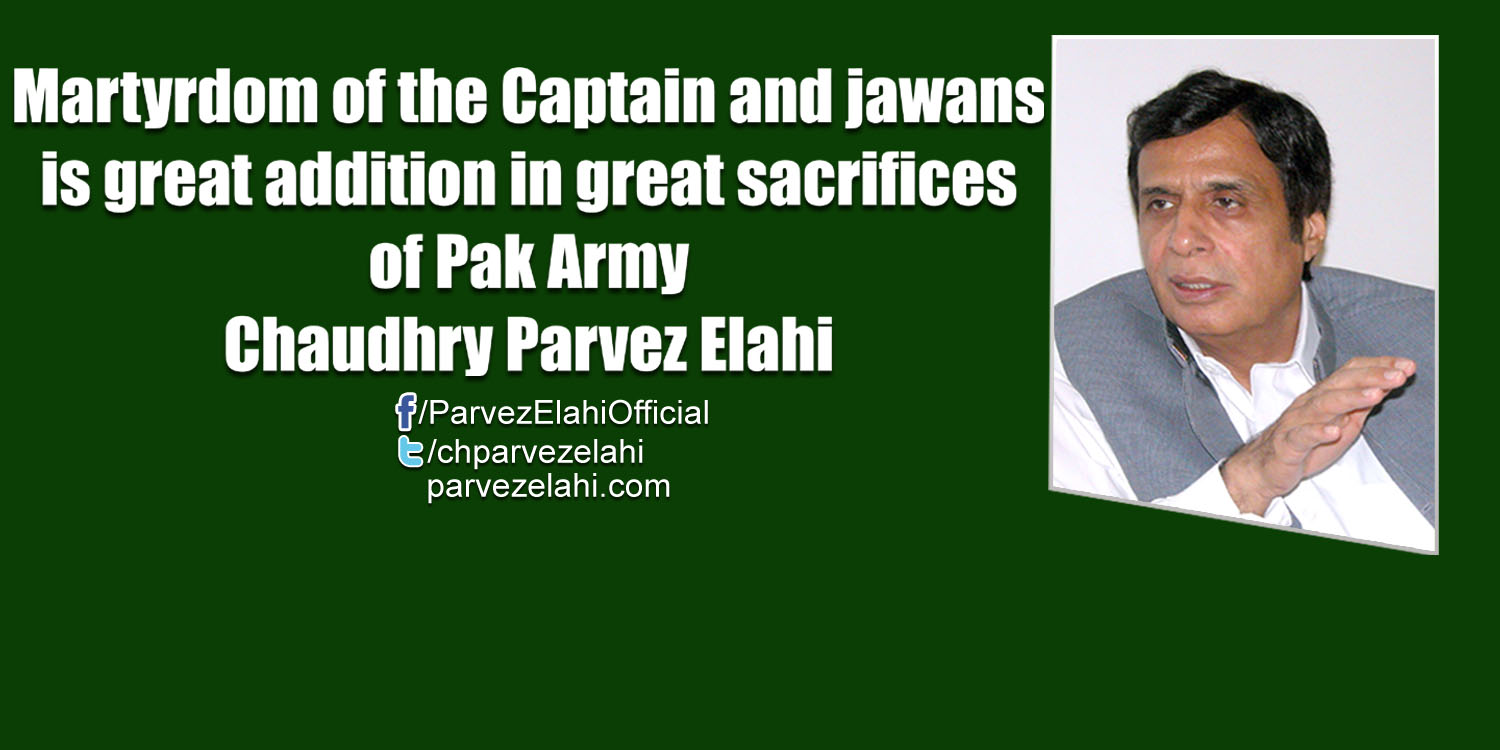 Martyrdom of the Captain and jawans is great addition in great sacrifices of Pak Army: Ch Parvez Elahi

Enemies of Pakistan will fail and remain without achieving evil objectives

Lahore: 27-07-2019: Speaker Punjab Assembly Ch Parvez Elahi has described as great addition of martyrdom of Captain Aqib Javed and army jawans in two attacks of enemies of Pakistan in Balochistan and North Waziristan in great sacrifices of Pakistan Army and said that those trying to harm Pakistan will always fail and remain without achieving evil objectives Insha-Allah and Armed Forces and people of Pakistan will foil their every conspiracy and attempt.

He said in a statement issued here today (Saturday) that the entire nation today salutes those who laid down their lives and their great parents from the depth of their hearts.

He prayed that Almighty Allah bless the souls of the martyred and grant patience and solace to their bereaved families. #