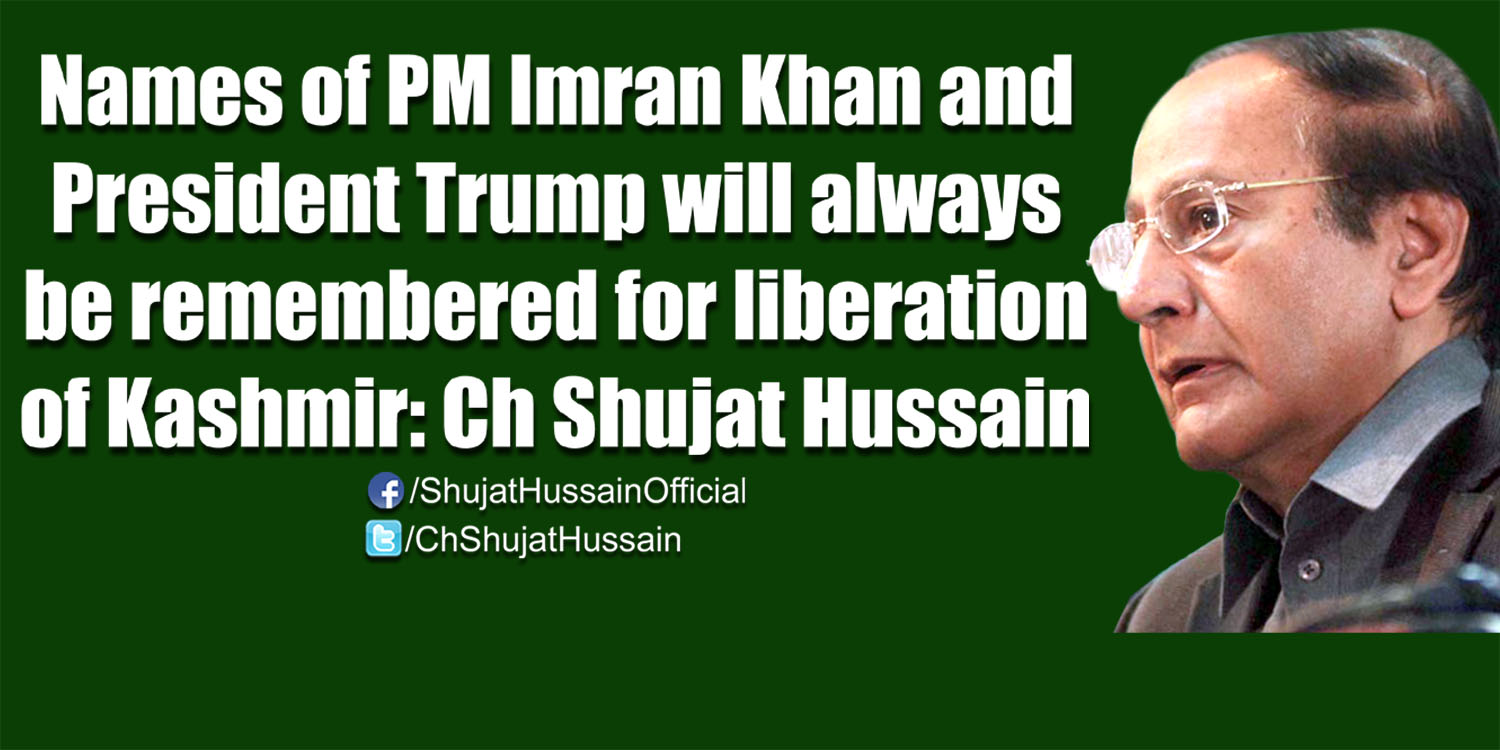 Names of PM Imran Khan and President Trump will always be remembered for liberation of Kashmir: Ch Shujat Hussain

Both leaders will also win their next elections easily, our party welcomes mediation for ridding Kashmiris of Indian shackles

Lahore: 27-07-2019: Pakistan Muslim League (PML) President and former Prime Minister Ch Shujat Hussain has said that if Prime Minister Imran Khan and US President Donald Trump succeed in getting Kashmir liberated the their names will always be remembered in history, both the leaders will become the most popular leaders among the Muslim Ummah particularly in Pakistan and on this basis they can also win their respective next elections comfortably.

He said that Imran Khan should through lobbying force President Trump and reach some conclusion. He said our party Pakistan Muslim League welcomes the measure to rid Kashmiris of Indian shackles and oppression through mediation.

Responding to the questions from the media here today (Saturday), he said that all do talking but nobody puts forth final solution, in this regard UNO Resolution is referred to but it has no status, solution of this issue is that free status of Kashmir should be talked about and this should be emphasized.

He said that in my book “Sach To Yeh Hai” I have written in detail that in my meeting with Colonel Muammar Qaddafi during visit to Libya I had mentioned Kashmir issue, he got annoyed and told me that on this issue offering to become mediator had had written letters to both the governments, India had responded but Pakistan had not even acknowledged receipt of the letter what to talk about any response, on this I was greatly disappointed.

He said that Col Qaddafi further said that he will open up his treasury for this solution because he wants to get Kashmir independent status. #